Rose Garcia (Broadway star and Tony nominee Eva Noblezada) is a small town Texas teen who loves country music, the kind of gal who spends her pocket money on guitar strings and knows a frightening amount of facts about everyone from Patsy Cline to Townes Van Zandt. Music opens up Rose’s mostly small world, which is centered around her loving mom Priscilla (Princess Punzalan), who has reason to keep her teenage daughter so close to her, and the tiny motel where the pair live and work.

Diane Paragas’ “Yellow Rose” subtly weaves together the truth of Rose’s story in affecting, though never sentimental or maudlin, ways. Rose and Priscilla keep close because they’re undocumented immigrants, eager to keep their heads down and work hard and basically hope that ICE doesn’t come banging on their door in the middle of the night. Paragas’ film finds fresh ground to explore the price and the power of the American dream, bolstered by country crooning and heartbreaking (and very real) legal worries. It’s a concept that might sound played out, but deft directing and a number of strong performances recommend it, a down-home answer to the similarly charming 2018 drama “Wild Rose.”

Mostly, Paragas eschews broad, hammy strokes (aside from a few lines that land with a thud, including clunkers like “I think they call it…undocumented”) when telling Rose’s story. Despite her Broadway background, Noblezada offers a well-honed performance that befits this intimate indie, and even when shy Rose starts breaking out behind the mic, the actress always remembers that performing does not naturally come to her character (even if she’s got Noblezada’s voice and charm).

Rose’s interest in country music is occasionally treated with curiosity that verges into ignorance. Even her eventual mentor, singer Dale Watson (playing himself; he also appeared in Paragas’ 2017 “Yellow Rose” short), seems a little surprised that this Filipina teen is hip to his world (despite the fact that he first meets her in a country dancehall, where she’s standing in front of a jukebox, picking out classic tunes, waiting for him to take the stage), a little shock that Rose gracefully rebuffs with a tossed-off aside that “well, there are all kinds of fans.”

Instead, Rose’s troubles with race and immigration status are rooted in more pressing matters than well-meaning old white guys who need to adjust their perception. “Nothing bad will happen,” her cute friend Elliot (Liam Booth) promises Rose when the two head out on a secret trip to Austin to that country dancehall, and while that might be true for a nice white boy like him, it’s not true for someone like Rose. The joy of that Austin trip is cut short upon the pairs’ return to their tiny town, just in time to see Priscilla dragged off into the night, target of an ICE raid.

Despite the inherent drama of the situation, Paragas stays measured in her approach. The filmmaker’s background in documentary filmmaking — the film is her narrative debut, and a passion project she’s been attempting to mount for many years — translates well to “Yellow Rose,” which remains fixed on Rose and her journey in a way that feels driven by a deep respect and understanding of the kind of true-life stories that inspired it. Left alone and terrified that her mother will be deported (and that she might be next), Rose zips through a number of potential safe spots, with Paragas unfurling a variety of would-be saviors, some kind-hearted, some not so much. 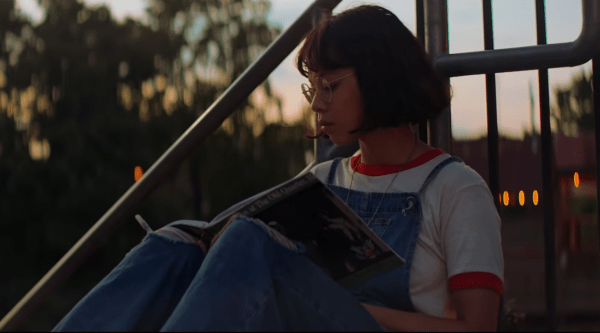 It’s Paragas’ even-handed nature and Noblezada’s steady performance that help sell some of the film’s odder machinations. That Rose will come into contact with a long-estranged aunt (Lea Salonga, herself a Tony winner, though she doesn’t sing in the film) who can’t offer her the safety and care she so desperately needs isn’t shocking, nor is the cruel irony of a job cleaning hotel rooms Rose might take up to survive (echoing her own mother’s choices). Other twists do jar, like a convoluted subplot that sees Rose taking up temporary refuge in the basement of the dancehall, though at least that portion of the narrative works to further highlight the good-heartedness of the people around her and puts her back on a path to interacting with Dale, who is eager for a mentee.

While Paragas’ film did not play any of the major U.S. or international festivals, it garnered near-universal acclaim at the many other fests where it did screen, picking up audience and jury awards everywhere from Bentonville to CAAMfest, the Philadelphia Asian American Film Festival to the San Diego Asian Film Festival, eventually winning both the Audience Award and the Grand Jury Prize at Urbanworld. The specificity of its story does not at all limit its power, instead offering a universal tale of hope with compelling details that feel lived-in and worthy of deeper exploration.

Paragas’ resistance to turning “Yellow Rose” into just a showcase for Rose’s country singing talents might disappoint some viewers — while the film offers a few small performances, it doesn’t get her really rocking and rolling until its final scenes — though its bent towards humanistic drama ultimately proves to be satisfying. But that doesn’t mean there isn’t plenty of country twang to go around, and when Rose takes the stage for her first big performance, the film ends with a firm nod to her future: Rose is just getting started, and we’re all lucky to be there from the start.

As new movies open in theaters during the COVID-19 pandemic, IndieWire will continue to review them whenever possible. We encourage readers to follow the safety precautions provided by CDC and health authorities. Additionally, our coverage will provide alternative viewing options whenever they are available.

Check out an exclusive clip from “Yellow Rose,” only available on IndieWire, below.