Kenneth Branagh’s Belfast screened in D.C. on Monday night, drawing representatives from Ireland, Great Britain and the city itself, but the novelty of the moment was the fact that there was an in-person event at all.

The fall has traditionally been a busy time for studios to hold red carpet events in Washington, D.C., a stop on a publicity tour that usually gives release a heightened sense of prestige during awards season. But Covid brought that all to a halt, and it has been only recently that the entertainment business has ventured back into the business of events for the Beltway crowd.

Belfast, from Focus Features, is based in part on Branagh’s own childhood growing up in the city in the late 1960s amid the start of The Troubles, the violent sectarian conflict that stretched into the 1990s.

Kenneth Branagh On 'Belfast': "Love Of Movies Ran Not Only Through The Story, But Through Our Experience Of Making It" – Contenders London 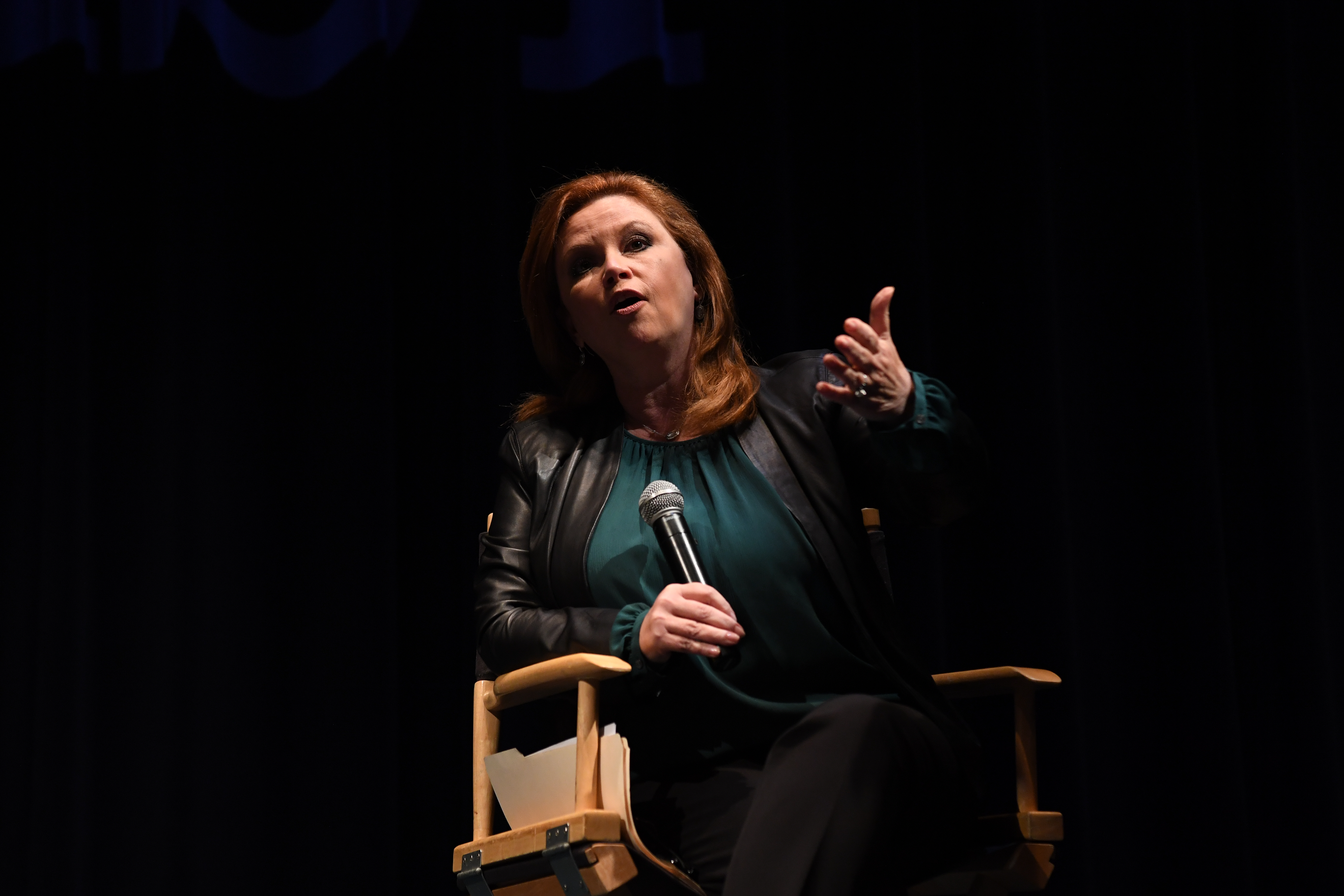 Most unique to D.C. was the presence of Irish Ambassador Daniel Mulhall, the deputy British ambassador Michal Tatham and the Northern Ireland bureau director Andrew Elliott. “That conversation about this area is one that has been ongoing, about the north of Ireland,” Branagh told Deadline. “And coming together to see a film like this is very fascinating, to talk to all of those different points of view.”

Mulhall said that he hoped that the movie would remind people what life was like then. He said that his parents took their family north to Belfast in 1966.  At one point, he, his brother and sister began to hum patriotic ballads. “My parents went, “Stop that. That may not go down well with everyone here.’ That was my introduction to cultural sensitivities.”

In Belfast, the conflict is just the backdrop to what is a coming of age story focusing on nine-year-old Buddy (Jude Hill), whose life quickly changes when a mob riot breaks out on his own street in a north Belfast working class neighborhood.

An early scene in the movie, in which the boy witnesses the unrest on his street, was similar to a moment in Branagh’s own life. “In a way, one shot in the movie does it, when the boy starts to hear what I heard back then, which was, it seemed to me, the sound of bees.”

Instead, the sound “turned out to be a mob, and really from the moment I realized that, then the first sort of firebomb went off. Life was never the same again, because when I then came back out of the house…the ground had literally been ripped from beneath our feet. The concrete was gone, the sort of solid foundation with which you lived and played was gone. There was sort of sand there. Now you’re literally walking on sand, shifting sand, and all the paving stones are up at the end of the street, being piled up into the barricade.”

He added, “That moment, those 20 seconds and the sound of those bees, changed where I would live, how I would sound, how my life would go.”

The project went into production rather quickly, but that also posed a challenge with Covid safety measures in place, including daily testing, and what he described as coded areas for moving around the set.

Protocols also were in place for Monday night’s screening. Attendees at the Hotel Monaco event had to attest to their vaccination status, and then walked a couple blocks to the Navy Memorial, where attendees were required to wear masks.

Planning screening events has also been a logistical challenge. Even before the pandemic, the options for screenings in D.C. were limited by the closing of the Newseum, with a giant theater and lobby reception space. Also closed was the Uptown in Cleveland Park, long a host to premieres, although Landmark Theatres has been in talks about reopening it.

The Motion Picture Association, located just two blocks from the White House, opened its rebuilt theater in 2019, but it’s been closed since the pandemic. Plans are in the works for a reopening by the end of the fall.

Another option of years past has been a White House screening. While President Joe Biden and Jill Biden have screened movies there since moving into the White House, covid protocols have limited indoor public events. When Barack and Michelle Obama were in the White House, they opened up the screening room to showings of movies like Star Wars: The Force Awakens and Lincoln.

Further D.C. screenings are not yet on the schedule, but Branagh said that he was “cautiously optimistic that there may be enough interest for us to come back and maybe talk further about the film.”

Belfast also has a topical relevance beyond Northern Ireland’s history.

Although it is a family story, Branagh said that “one of the things that people have spoken to me about here is that the film is another example of the rapidity, the speed, the startling swiftness with which violence can occur from civil unrest that might begin as relatively peaceful and legitimate protest and turn into something that is out of control.

“And on January 6th, indeed, there’s an example in this very city of the ways in which the blue touch paper is lit and it flares up and flashes very, very swiftly. Not necessarily planned. Not necessarily intended. But costly. Very costly. My feeling in the film is that we express at least from my very humble position about this that ‘You’re either with us or against us’ is not a very sophisticated way to run a society. I think there’s gray areas of humanity between those very severe lines.”