Nicolas Cage made waves in cinephile culture when he starred in 2018’s Mandy. The film forced his character, RED, to watch his wife get murdered, sending him on a violent revenge story. The cinematography, soundtrack and sheer style of the movie gave it real praise with critics and viewers alike. It went on to win Fangoria Chainsaw Awards, Saturn Awards and Austin Film Critics Association Awards for Best Actor, Best Score and Best Independent Film. Willy’s Wonderland feels like it is chasing the high of Cage’s pure, unrefined, neon-drenched rage – but it doesn’t completely match up.

That isn’t to say that director Kevin Lewis failed to make a good movie by any stretch. Willy’s Wonderland is an absolute treat for horror and slasher movie fans alike.

Cage’s unnamed mute character (simply referred to as The Janitor in the credits) bursts a car tire whilst driving through a sleepy US town.

After being towed to a local garage he is told he needs to pay $1000 for repairs. Having no money on him, the garage owner suggests Cage does some cleaning for a local entrepreneur to pay off his debt.

Cage agrees and is locked in Willy’s Wonderland overnight, an abandoned themed restaurant which is full of “decommissioned” animatronic figures. The film’s premise takes inspiration from video game Five Nights at Freddy’s – but is somehow less scary.

Within the first 20 minutes of Cage’s cleaning work, he is attacked by one of the creatures and the real plot rears its robotic head. 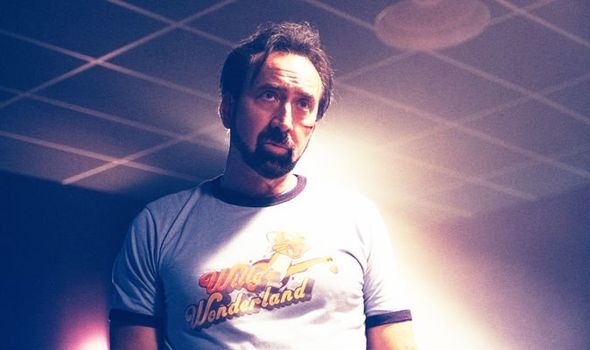 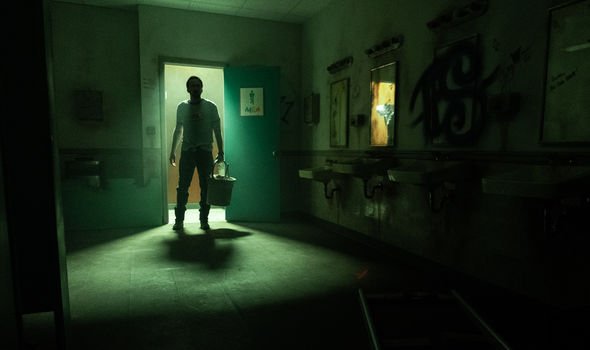 What follows is a cacophony of superb horror and occult movie tropes, full of blood, gore, deceit, sex and outrageous setpieces.

Cage is beautifully deranged in Willy’s Wonderland. He effortlessly switches from dancing in the break room to brutally ripping pieces of his foes apart.

He really channels the same style of acting used in the aforementioned Mandy. By unleashing his inner madman Cage gives a convincing, thrilling and almost relatable portrayal of a guy completely fed up with his situation.

Really, the only thing about Cage’s performance which leaves something to be desired is the fact he has no dialogue and no real emotion.

The Janitor is devoid of any explanation as to what he wants or is feeling. This veil of mystery starts off intriguing but soon becomes a little uninspired. It feels like the character doesn’t actually have anything interesting about him. 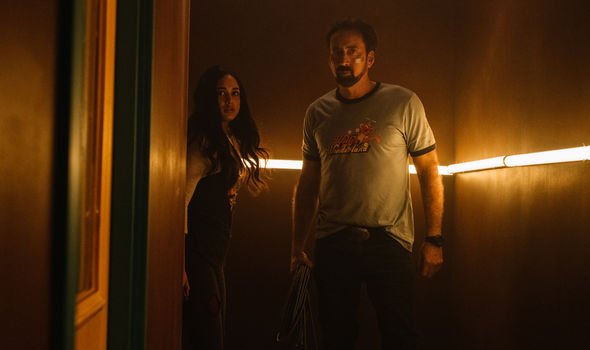 With that said, the script in the remainder of Willy’s Wonderland is truly dreadful.

For an ’80s-style slasher flick it is particularly lacking in one-liners and verbal hooks.

Emily Tosta plays Liv Hawthorne, a local resident who is wise to the evil goings-on at Willy’s Wonderland, and has most of the dialogue in the film.

The bouts of exposition and backstory she delivers are intriguing and tense enough, but she also drops some very cliche lines (“He’s not trapped in here with them, they’re trapped here with him!”).

Despite the dialogue falling flat in most cases, the general plot of Willy’s Wonderland is fantastic.

Again, it is full of cliches and tropes from various B-movie slasher pictures through the ages – but the cult fandom crowd are going to absolutely love this entry.

Some corners of the story are certainly very thin, but the Cage’s force of nature acting does a lot of heavy lifting.

The film also has a satisfying amount of neon draped over most of the bigger fight-scenes, sending viewers into grimly gorgeous backdrops as cinematic animatronic murders take place.

Willy’s Wonderland is one of the most surprising horror films to come out in the last few years. Although its dialogue leaves a lot to be desired, its memorable yet frankly bizarre plot stands out from all other slasher movies.

Nicolas Cage is the real draw of the film, though, and is absolutely spectacular. Although his character doesn’t have a lot of background, Cage makes up for it in being so committed and having sheer gumption in his performance.

There is nothing like seeing Cage destroy a seven-foot animatronic gorilla under neon lights while covered in silky-smooth blood and grease. His performances continue to astonish and I can’t wait to see his next venture.

Willy’s Wonderland is out now on digital service.