Home » TV & Movies » Will Vanessa catch Leyla and Suzy out as secret is revealed in Emmerdale? 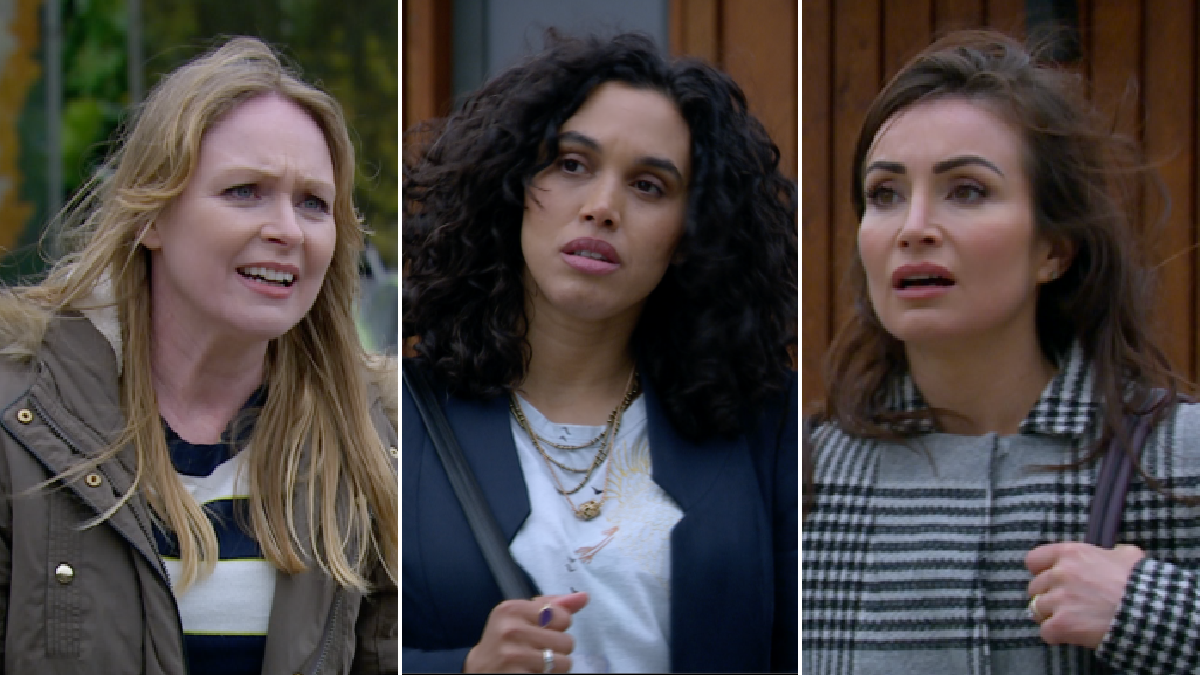 Viewers will finally see for themselves just what Leyla Cavanagh (Roxy Shahidi) has been hiding in tonight’s Emmerdale, as her connection to newcomer Suzy Merton (Martelle Edinborough) is shown on-screen.

Leyla was recently horrified when she saw Suzy on a date at the Woolpack with Vanessa Woodfield (Michelle Hardwick). Anxious her secrets were about to be unearthed.

Suzy assured her that she had no intention of telling anyone what they had been up to, but refused to depart the village when Leyla asked her to leave. As a result, Leyla has been left nervous as her two worlds began to collide.

However, this week, she and colleague Priya Kotecha (Fiona Wade) began to collaborate with Suzy, who also happens to work in events planning. Leyla has also been keen to help a struggling Jai Sharma (Chris Bisson), suggesting they use The Hide for the hen party of one of her clients.

In the latest instalment of Emmerdale, Suzy has arranged a meeting with a wealthy client. Before that, though, Leyla spots Suzy chatting to a man named Callum – someone she also seems to know. When she spots Vanessa nearby, Leyla distracts her to stop her from noticing Suzy.

Later, Leyla, Suzy and Priya are thrilled when their pitch to potential client Eddie goes brilliantly, and they win him over. Soon after, we see Leyla and Suzy meeting outside – at which point Leyla’s furtive behaviour is finally explained.

Suzy presents Leyla with a bag of white powder, and Leyla eyes it eagerly. It’s then apparent that Leyla’s efforts with Jai were due to her guilt that he was blamed for the abandoned drugs.

As the pair continue their celebrations, Suzy suggests contacting Priya – but Leyla puts her off in favour of heading back to the Take A Vow office.

It’s not long before Leyla is on a high after taking the cocaine, but she’s at risk of being found out when Vanessa arrives to see Suzy at the exact moment Leyla has lined up a second batch of the drugs to take.

Will Vanessa realise what Suzy and Leyla have been up to, or can the duo come up with a convincing cover?

And just how far will Leyla’s habit go – is she in danger of becoming seriously addicted?