Time heals all wounds. Will Smith and Janet Hubert are squashing their beef for the first time in 27 years, following her exit from The Fresh Prince of Bel-Air in 1993.

Hubert, best known as “the original Aunt Viv,” left the sitcom after the first three seasons over “creative differences.” She was promptly replaced by actress Daphne Maxwell Reid the following season without any mention of the recasting. Since Fresh Prince ended its run in 1996, Smith and Hubert hadn’t been shy about their ongoing feud, publicly criticizing and slamming each other in interviews over the years due to bad blood between the two on set and off.

“It’s been a real long time,” Smith said as he and Hubert sat down to hash out their decades-long grievances in HBO Max’s Fresh Prince reunion special, which dropped Wednesday afternoon.

The former co-stars didn’t waste any time getting to the meat of their unlikely reunion. (Over the years, Hubert expressed disdain for any type of Fresh Prince reunion with the original cast.) Hubert asked Smith flat-out, “I just wanted to know one thing. Why? Why so far? You guys went so far. I lost so much. How do we heal that?”

“I don’t know your story,” Smith admitted, prompting Hubert to answer, “You have no idea. It was insane.”

Hubert was pregnant with her son during the third season of Fresh Prince, but was going through personal issues of her own that she didn’t divulge with her cast members. “There was some friction [between Will and I],” she acknowledged in the special, “because I was pregnant. Home life was not good at all. I was no longer laughing, smiling, joking because there were things going on that nobody knew about.” (Hubert divorced her first husband, James Whitten, in 1994.) While it was widely reported that she had been fired from Fresh Prince, Hubert said that was not the case.

“They offered this really bad deal in the third season. They said, ‘You’ve got two months and two weeks of work and you cannot work anywhere else.’ So that meant my salary was cut. I had a new baby and a husband who was out of work. So I said no. I did not accept their offer. I was never fired,” Hubert explained. “So the misconception was always put there. I was trapped. What could I do? They said, ‘We’re going to recast your role.’ And I said… what can I say? I was hurt deeply.”

“During that time of her pregnancy, I wasn’t sensitive. I wasn’t perceptive,” Smith said, looking back. “Now that I’ve had three kids, I’ve learned some things that I did not know at the time and I would do things very differently. I can see where I made the set very difficult for Janet.” 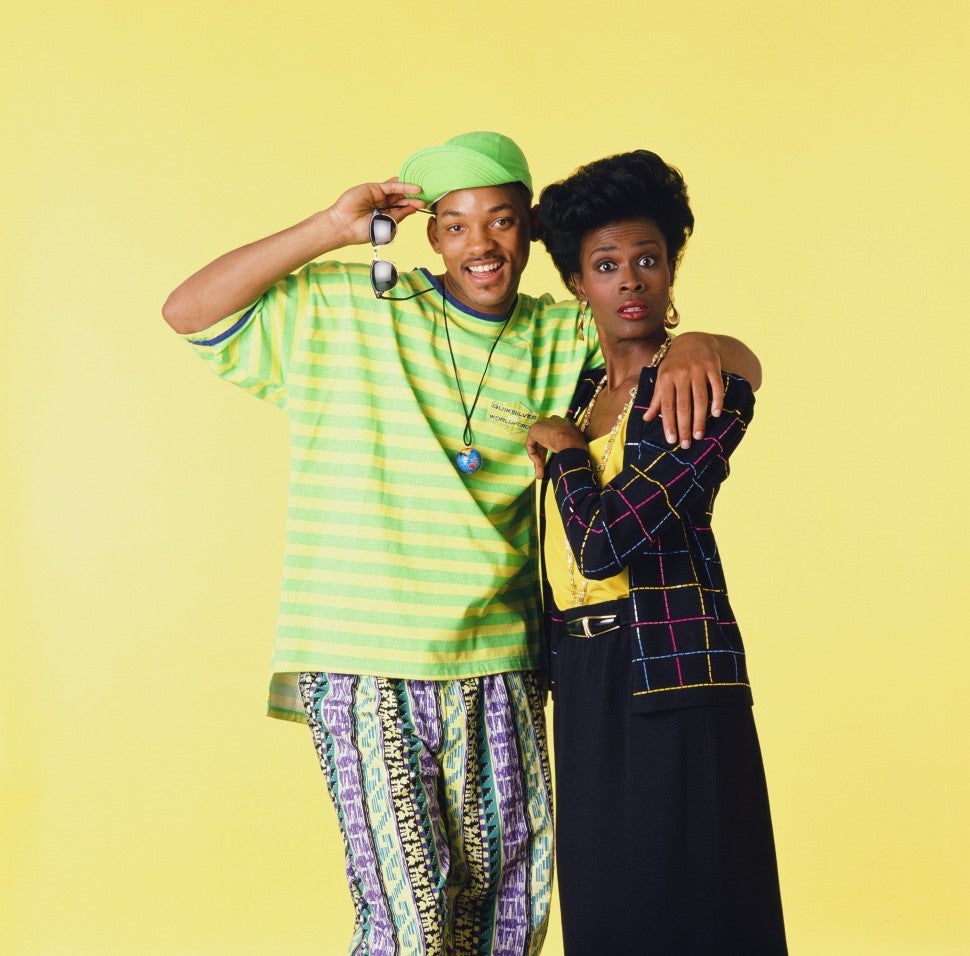 During Smith and Hubert’s long-awaited heart-to-heart that brought both to tears, they dug deep into why they weren’t on the same page on Fresh Prince and why their feud dragged on in the public eye for decades.

“You were going forward and getting bigger, but we knew you were going to be huge. We all knew that. I even said that part of the success of the show was because of your success, you were destined for that as well. When I left the show, I had this new baby and no one. Family disowned me, Hollywood disowned me. My family said, ‘You’ve ruined our name.’ And I wasn’t unprofessional on the set,” Hubert said, sharing her side of the story. “I just stopped talking to everybody because I didn’t know who to trust because I had been banished. And they said it was you who banished me. Because you were Will… It was hard.”

“I was 21 years old. Everything was a threat to me,” Smith confessed to Hubert.

“Why was I a threat?” Hubert asked.

“Not you, the world. I was so driven by fear and jokes and comedy and all of that…,” Smith said, acknowledging that he “can see now the level of pain and the level of struggle that it was for you to show up everyday.”

“But you took all that away from me with your words. Words can kill almost everything — reputation, everything. Everything,” Hubert said. “Now understand you were able to move forward but those words, calling a Black woman difficult in Hollywood is the kiss of death. It’s the kiss of death. And it’s hard enough being a dark-skinned Black woman in this business, but I felt it was necessary for us to finally move forward and I’m sorry that I have blasted you to pieces.”

“First of all, thank you for sharing that with me. I didn’t know that when I look back now, it’s obvious you were having a hard time and…,” Smith replied, pausing for a beat before admitting, “I thought you hated me.”

“It’s so weird. We’ve said such hateful things about each other publicly and I’m sorry,” Hubert apologized, with Smith saying “I’m sorry” as well.

Later in the special, Hubert met Reid for the first time on the reimagined set and reunited with the rest of her former co-stars for the first time since her departure. Hubert and Reid hugged, which brought it all to “a full-circle moment,” Alfonso Ribeiro said.

Even though Smith and Hubert’s conversation left them on good terms, it still didn’t feel real for the 64-year-old actress.

“I have to say, after 27 years, being here today and having the conversation that Will and I had together it’s healing. I don’t know if it’s real. I feel like this is a dream,” she said. “I didn’t come here to have animosity. I came here to resolve because it’s time.”

The Fresh Prince of Bel-Air first debuted in 1990 and ran for six seasons, before airing its series finale in May 1996. A drama reboot, titled Bel-Air, is in the works with a two-season order at Peacock.

The Fresh Prince of Bel-Air reunion special is streaming now on HBO Max, as well as the original series. For more on the groundbreaking sitcom, watch ET’s video below.

‘The Fresh Prince of Bel-Air’ 30th Anniversary: ET’s Time On-Set of the Sitcom

To stay up to date on breaking TV news, sign up for ET’s daily newsletter.