Home » TV & Movies » Who is Dragon on The Masked Singer? Who was unmasked tonight? Celebrity exposed

The Masked Singer: Davina tells Rita to ‘get a room’ with Robin

The Masked Singer entered the semi-final stages this evening with only a handful of disguised stars left in the ITV competition. There were just five famous faces still competing to make it to the grand finale. But who was masked on the show tonight and who is in the final?

Who is Dragon on The Masked Singer?

Speaking about leaving the competition, Perkins said she felt “liberated” to sing with the mask on.

She said she was “terrified of singing”, which was why she never sang in public but this could now change.

Perkins thanks judge Davina McCall for believing in her New York accent, which she had put on to confuse the panel. 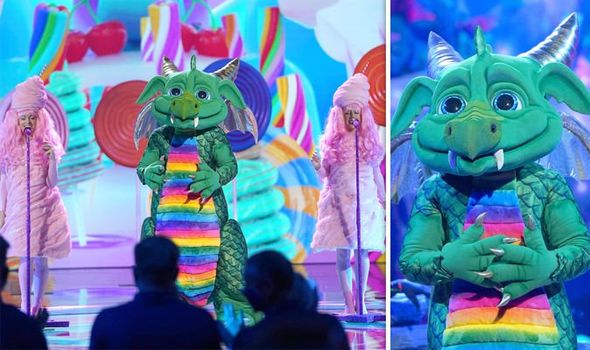 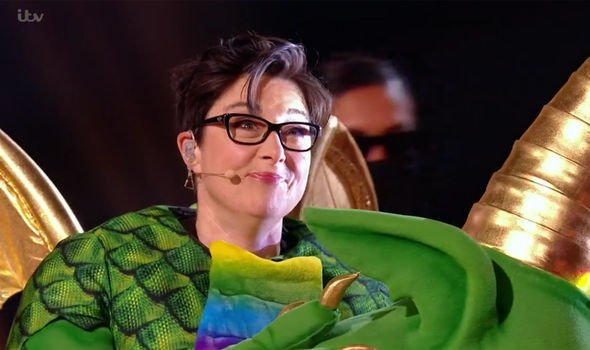 On joining the show, Perkins said: “It just felt so utterly counter-intuitive that I had to do it.

“I’m usually up a mountain or down a river these days – so I’m probably the last person that anyone would think of in a musical entertainment context.

“I got an awful lot of joy out of hoodwinking the panel.”

Reflecting on the perplexing clue packages, Perkins explained: “The clues came from interviews I did with production, and I was really impressed with the way they drip-fed the information across.

“For me, 90 percent of the fun as a viewer of TMS is trying to guess the person behind the foam padding.” 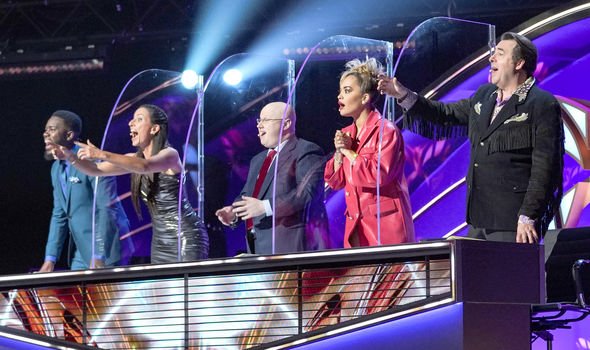 This evening saw Little Britain and The Great British Bake Off host Matt Lucas joining the judging panel to try and guess who was under the masks.

Last week saw Alan Carr serving as a guest panellist in the hopes of correctly guessing the famous names.

The competition is heating up now after last week saw Sir Lenny Henry to be the one behind Blob, while Ah-Ha singer Morten Harket was the star behind Viking. 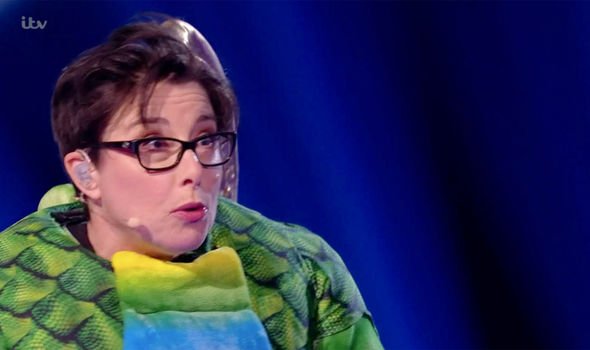 Ahead of this evening’s unmasking, the bookmakers have been predicting who will win the competition.

According to Betfair, Robin has been given a 6/4 chance of winning outright, while Badger comes in at 2/1 and Sausage at 4/1

Sam Rosbottom from Betfair said: “The competition is really hotting up now as we get to the final five singers, with armchair sleuths convinced they clearly know who is behind each of the masks.

“Sheridan Smith has the shortest odds at 1/4 to be sausage, followed by Robin at 1/3 to be Robin and Gabrielle who is 1/2 to be Harlequin.

“Punters are a bit less confident in Ne-Yo at 4/5 to be Badger and Courtney Act who is 10/11 to be Dragon, but with more clues unveiled each week, they seem to be excelling as amateur Sherlock Holmes’.

“Meanwhile there is a new favourite to win the show in the form of Robin, whose clearly-trained professional singing voice has vowed viewers into slashing his odds from 4/1 to 6/4 to be champion.”

For now, it looks like fans are going to have to keep guessing before all the stars are unmasked next week.

The Masked Singer concludes on ITV next Saturday at 7pm