Home » TV & Movies » Whitney Rose refutes claim made by her RHOSLC co-star that she was excommunicated from the Mormom church, says 'I chose to walk away' 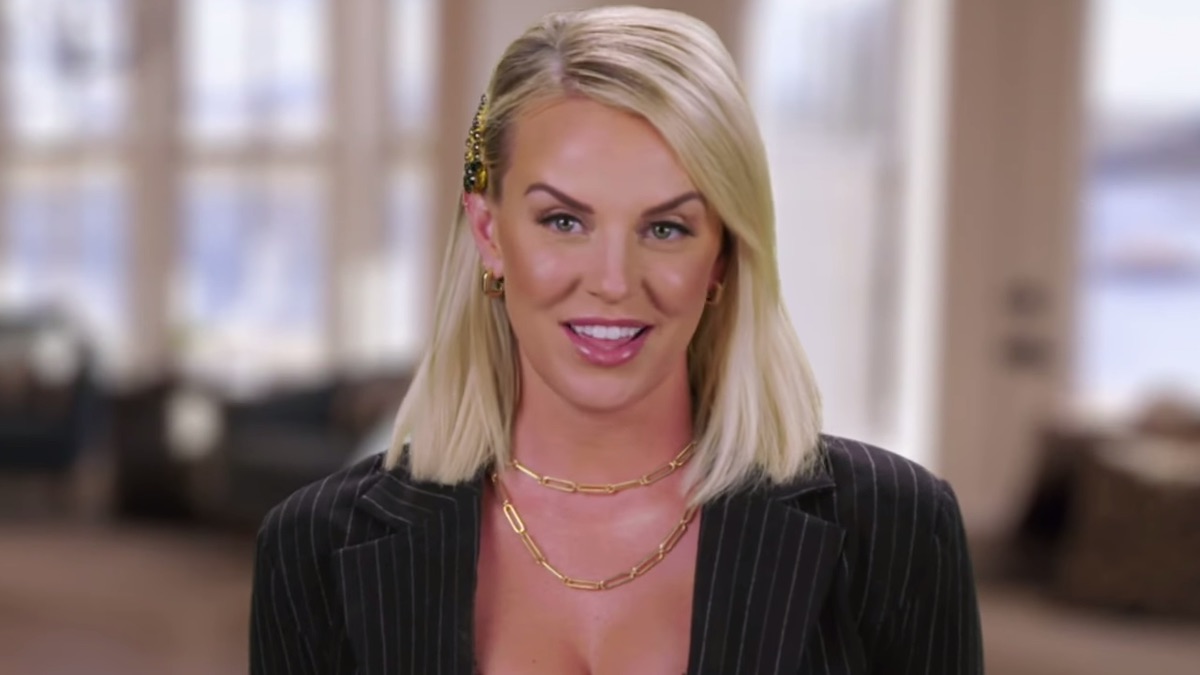 Real Housewives of Salt Lake City star Whitney Rose is looking to clear up a major misconception with regards to her story involving the church.

With her RHOSLC co-star dropping a revelation about Whitney early in the series, Rose has since been described in many reports as having been excommunicated from the Mormon church.

However, she recently took to social media to refute that claim made by her castmate and set the record straight about what really happened.

New reality TV star Whitney Rose recently used her Instagram page to explain to fans and viewers a key detail of her story with regards to the Mormon church.

The RHOSLC star, who goes by @whitneywildrose, posted a photo of herself in her striking vow renewal ceremony outfit. She added a caption to let everyone know what was really up with her church situation.

“For those who have watched the first episode of #rhoslc on @bravotv … there is something I want to correct. Contrary to what one of my cast mates stated, I WAS NOT EXCOMMUNICATED from the Mormon church. I chose to walk away. Although I no longer identify as a Mormon I still have a deep love and admiration for all of my Mormon friends and family,” Whitney Rose wrote in her caption. 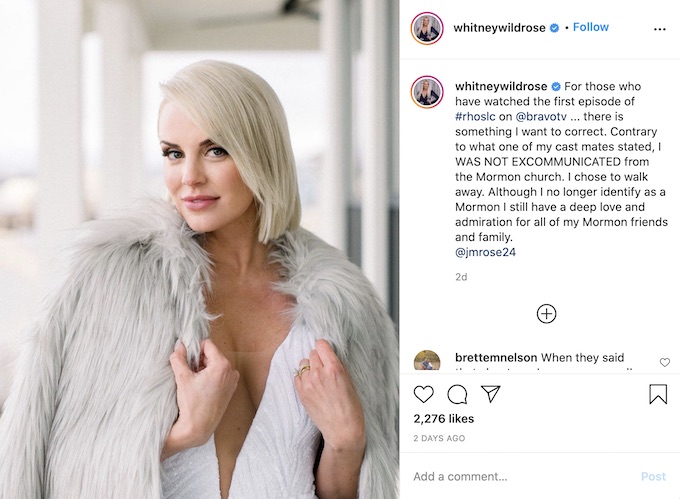 That would seem to give a different perspective than what was said by one of her castmates on that first episode of the Bravo series.

On the premiere episode for Real Housewives of Salt Lake City, Whitney and Justin Rose were shown renewing their marriage vows. The ceremony included many friends and family in attendance. The fact her family was there was a big deal for Whitney, as she felt it took them a while to come around.

That’s because Whitney and Justin’s relationship began as an affair at their workplace. Justin was Whitney’s boss, and she let him know that she was into him. They began the illicit affair and left their spouses soon after.

That affair part didn’t sit well with the Mormon church, and it was explained that it led to Justin and Whitney Rose being excommunicated.

“Whitney and I are cousins. She fell in love with Justin, they had this elicit, torrid affair, and as a result, they were both excommunicated from the church,” her cousin and RHOSLC co-star Heather Gay said during the episode.

As Rose has now explained, that wasn’t really what happened as she says she chose to walk away from the church in favor of her love for Justin. The two ended up getting married after Whitney became pregnant. The initial marriage ceremony was a tense situation too.

“When I married Justin, I was five months pregnant, and I was wearing my high school prom dress, standing in front of about 50 people who didn’t want us to be together,” Rose said in the premiere episode. Whitney also explained her family was upset she was parting ways with their “long line of Mormonism.”

It took her family many years to be on Justin and Whitney’s side, but based on the first episode of RHOSLC, things may have settled down, at least for now. There’s also seemingly no bad blood between Whitney and her cousin over what was said. 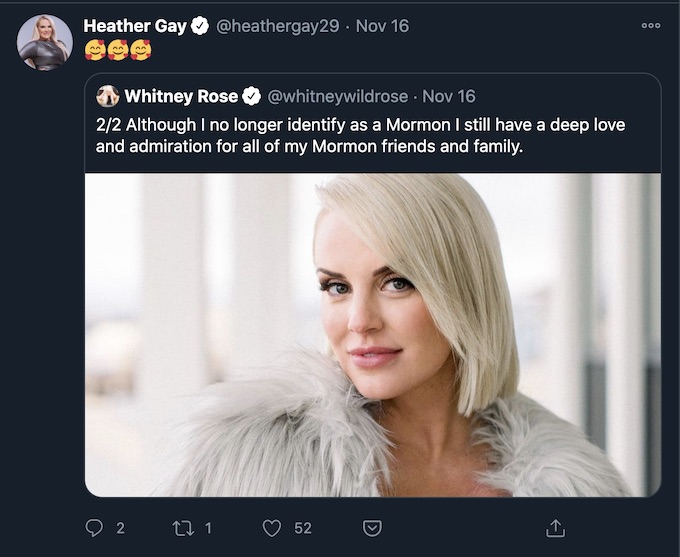 However, there have been some teases of what’s to come for RHOSLC, including arguments in trailers and a hint at something in Whitney’s Bravo bio.

As Whitney’s bio says, “just when it seems like society is finally beginning to accept her 10-year-marriage, scandalous rumors about her progressive relationship start to swirl.”

It seems there’s more to come in terms of Whitney Rose and her relationship story as the season moves forward!

The Real Housewives of Salt Lake City airs Wednesdays at 10/9c on Bravo.