Dear Evan Hansen is a film adaptation of the hit Broadway musical premiering this past September 24. It brings to the movies all the characters and songs of the musical and allows audiences to experience the show in a whole new way.

Part of bringing the musical to the big screen was filming it on sets and at various locations. Because the movie primarily takes place in high school and the suburbs, the filming locations seem like they could be anywhere. So for fans of the musical who wonder where Dear Evan Hansen was filmed, here’s a look at the sites.

What is ‘Dear Evan Hansen’ about? 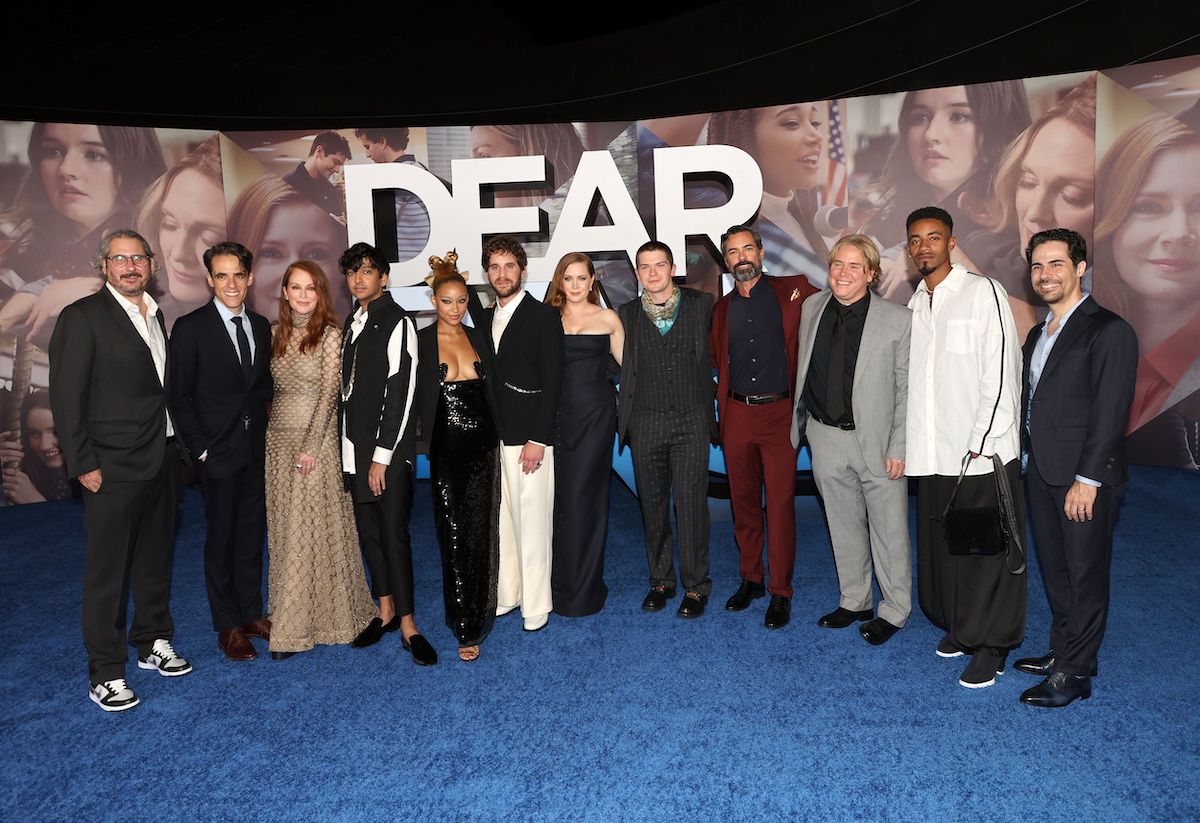 Like the musical, the movie Dear Evan Hansen is about Evan Hansen and his web of lies that spirals out of control. Ben Platt, who created the title character, played the role on Broadway and elsewhere.

Evan is a teenager with severe anxiety issues. One day, thanks to a misunderstanding, the Murphy family thinks Evan is the best friend of Connor Murphy, a teen who died by suicide.

Instead of correcting the misunderstanding, Evan creates a series of lies about Connor and his feelings about his family. Craziness ensues from there.

The musical Dear Evan Hansen was a hit that won many Tony awards, including one for Platt. He reprised the role for the film. Kaitlyn Dever, Amandla Stenberg, Amy Adams, and Julianne Moore also joined the star-studded on-screen cast.

Where was ‘Dear Evan Hansen’ filmed?

Dear Evan Hansen started filming in late 2020, right in the middle of the pandemic. But fortunately, many scenes were outdoors.

According to Distractify, filming began in Los Angeles, though it’s unclear which scenes were shot there. Most of the other filming locations, on the other hand, were in Georgia. And as movie buffs might be aware, Atlanta is where a lot of the filming and behind-the-scenes work took place.

However, Atlanta wasn’t the only place in Georgia where the team filmed scenes for Dear Evan Hansen. Distractify reports that Ellison State Park in Fayetteville was also a filming location. That was likely where they shot the scenes in the forest, including the parts explaining how Evan broke his arm.

As for the apple orchards that became a plot point later in the movie, those scenes were filmed at B.J. Reece Orchards in Ellijay, Georgia.

Last, the team shot the high school scenes on location at a real high school. The school’s name is Our Lady of Mercy Catholic High School, located in Fayetteville.

Filming during a pandemic

Because producers filmed Dear Evan Hansen during the pandemic, the cast and crew had to take many COVID-19-related safety precautions. According to Distractify, Blackhall Studios in Atlanta served as a testing site for everyone. Even with testing, though, they still played it safe because vaccines hadn’t rolled out yet.

Everyone was wearing masks and social distancing during rehearsals, Distractify reports. However, Platt lived with Dever during filming, which helped take their minds off the social isolation.

But overall, the cast found the experience rewarding. As with many film productions, Platt and Dever recalled being emotional on the last day of shooting.