Home » TV & Movies » What’s it really like to be a guest in the First Dates restaurant?

First dates can be awkward enough at the best of times – never mind when there’s millions watching your every move.

Thankfully, countless people have been brave enough to have their match-ups filmed for our viewing pleasure on First Dates, which has become one of the most-loved reality shows on the box over recent years.

Since 2013, Channel 4 has brought us so many candid moments on the programme, taking us to the heart of countless burgeoning relationships in the First Dates restaurant.

There’s something so enthralling about watching two people meet for the very first time – and whether there’s love in the air, or conflict playing out in front of our eyes (normally over who’s picking up the bill) it’s made for some unmissable telly over the past 9 years.

The show first filmed atPaternoster Chop House in London, before moving to Manchester in 2020.

Wherever it’s filmed, it’s always perfect feel-good telly at its best. But what was it really like to be on the show?

We spoke to former First Dates stars Chrissie Wunna and Terry Lee (better known as DJ Terry Turbo) to find out what it’s like to be on the programme.

Expect a LOT of questions in your pre-show interview 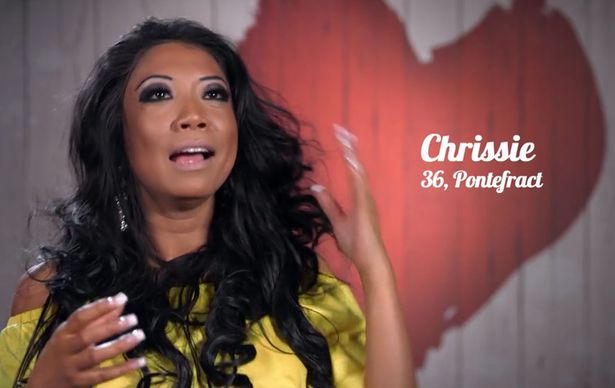 According to Chrissie, the producers really do their research in the interview stage before inviting you down to film the show.

‘They asked me literally everything, including: “Have you ever cheated on someone?” I can’t think of a question that they did not ask me about things that I’ve done, or things that people had done to me, and how it made me feel,’ she said.

It helps if you have a good ‘sob story’

‘I noticed one thing they always wanted to do was push you towards a bit of a sob story – a bit X Factor-ish,’ Terry said, explaining conversations with producers before the series.

‘But I’ve never really had anything like that. So that’s something they always struggled with when it came to me.’

You don’t go straight to the restaurant on the day of filming, either

And even when you get accepted onto the programme, you don’t get to go to the restaurant straight away.

In fact, Chrissie revealed that she was taken to another location altogether at first.

‘I was sat in a green room in a completely different restaurant, with all the other women that were about to go on their date,’ she said.

‘You can eat and drink as much as you want,’ Chrissie said about her time waiting in the green room. ‘But they don’t let you have loads and loads of booze before you go in. You’re allowed to relax with two glasses of wine and that’s it. They’re really, really careful when it comes to drinking.’

You only get £25 towards your bill

Once you get into the restaurant itself, guests are expected to stump up the cash to cover the costs themselves – with the show only providing a very small amount.

As Terry revealed, diners are given £25 towards their meals.

‘The show gives you £25 as your budget. That’s all you’re allowed,’ he said. ‘Obviously, the restaurant bills would probably be £150.’

The producers just let you get on with the date

What you see is pretty much what you get with the dates, as show bosses try to let things flow as naturally as possible.

‘There’s not too much interference from producers,’ Terry said. ‘They may ask you to just repeat something now and again, or pick something up.

Being on TV doesn’t interfere with the encounter either, as the cameras aren’t visible to diners enjoying their dates.

‘The cameras are well placed in the restaurant and they’re not right in your face. They are well hidden,’ he said.

Ever wondered what happens when the guests are finished with their meal?

‘As soon as your date is finished and you’ve paid the bill, you leave the restaurant,’ Chrissie told us. ‘You get into a taxi and it just drives around in a circle until you get to the exact same spot. Then, two people with headsets and clipboards walk you both in separate directions.’

Terry added: ‘They separate you from the table and take you into different areas.’

It’s this separation which makes the reveal all the more significant, as the singletons don’t have a chance to discuss how the date went between them.

‘You’re completely separated,’ Terry went on to say. ‘One could be saying, “Oh, God, I really like her” and then the other person could be totally not on that wavelength. That’s what makes that moment really good.’

They put you in your own hotel after the date

‘The [show producers] look after you really well, actually,’ Chrissie told us. ‘You get put in separate hotels and you can choose whether you’re going to go there, or to go out for drinks.’

Thinking of going on the show? You might find yourself being recognised

‘It was an amazing experience to be famous for a year or two,’ Terry revealed, speaking about his time after his episodes aired.

‘I’ve had messages from people asking me to do little videos for their weddings.’

He added ‘I’d walk into Tescos and people would come up to me and say, “Oh, you’re brilliant!” But I was a bit of a Marmite character. I think I rubbed some people up the wrong way.’

But be warned, the but social media reaction can be brutal

And speaking of rubbing people up the wrong way, Terry says people thinking of going on the show should be prepared for criticism online.

‘There was plenty of negativity,’ he said. ‘People called me chauvinist, when I was just to have a laugh. There was hate on Twitter… trolls come out with horrific things, but luckily I have thick skin.’

Ultimately, though, it can be a fantastic experience

First Dates is available to watch on All 4.