THIS weatherman really had a moment to fur-get about when a surprise guest made an unexpected appearance during his live report.

Canadian meteorologist Anthony Farnell was delivering an update about the conditions in Toronto when he was joined by his pet pooch in search of treats. 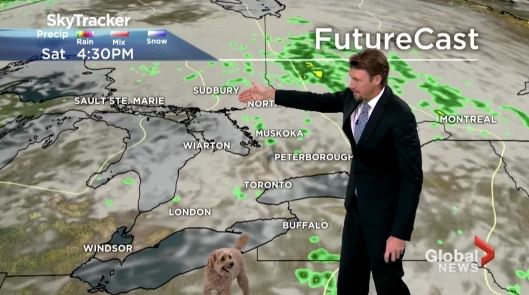 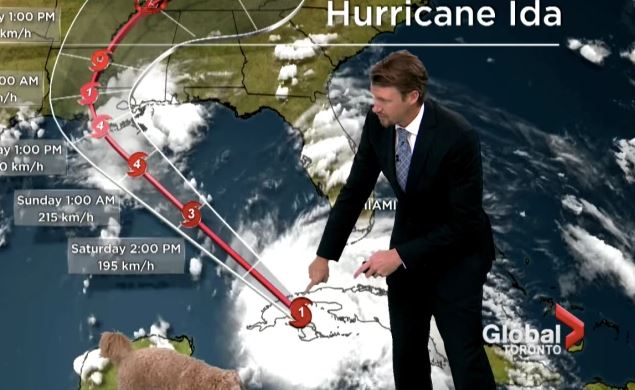 Anthony was telling viewers on Canada's Global News TV station about the dangers posed by Hurricane Ida when his four-legged friend made an appearance.

At first, the mortified weatherman tried to avert viewers attention by standing in front of Storm.

But the pup was determined to enjoy the limelight, and made it clear that he was hungry as he searched for dog treats.

It hilariously looked like Storm was "walking on air and water" as he appeared in front of the screen.

Despite the blunder, Anthony bravely carried on his report, joking: "Yes Storm is in the building, getting some treats, walking on thin air."

Global News later shared a video of the moment, writing: "Storm invaded the set in the middle of Anthony’s weather report, demanding treats even as Farnell was explaining to Ontarians what weather they would be facing that weekend, and discussed the dangers posed by Hurricane Ida further south.

"Both consummate professionals, Anthony finished his segment without a hitch while Storm sated his hunger (and mugged a bit for the camera)…all in a day’s work!"