HBO finally unleashed its highly awaited Watchmen series which is set within the world created by Alan Moore. However, unlike the 2009 film, the new series is not an adaptation of the graphic novel first published in 1985. Instead, the dark and highly political superhero drama will be breaking new ground with fresh characters and storylines existing in the same universe. Showrunner Damon Lindelof opened the series with a reconstruction of the Tulsa Race Riot of 1921 leaving audience members shocked and stunned.

What was the Tulsa Oklahoma Riot of 1921?

The Tulsa Race Riot – or Tulsa Race Massacre – is described as one of the worst racial atrocities committed against African Americans in US history.

This riot took place over 18 hours between 31 May and June 1, 1921, during which a mob of white people attacked the majority black community of Greenwood, Tulsa.

During this horrifying period, people of the affluent area known as “Black Wall Street”, were terrorised with violence as their homes and businesses were burnt to the ground. 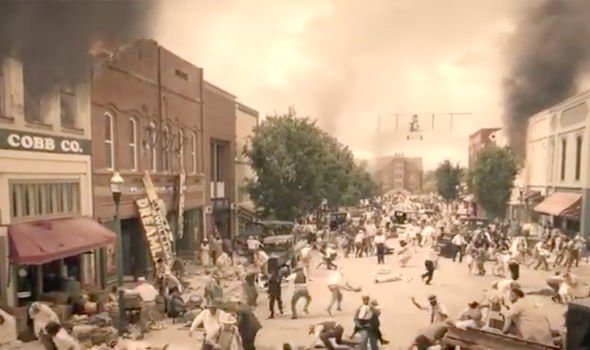 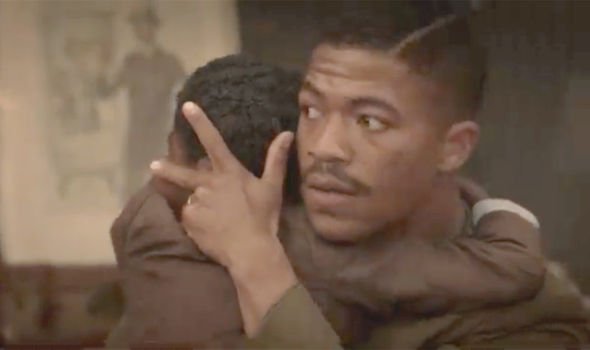 Following Rowland’s arrest, there were rumours swirling of the teen getting lynched with the local press inflaming the situation further, leading to an angry mob of white people demanding the authorities to hand him over.

Their calls were ignored as the men tried unsuccessfully to break into the nearby National Guard armoury.

As false rumours continued to circulate, a group of black men arrived at the courthouse to offer Rowland further protection. This group was also turned away.

However, tensions rose further with a group of armed black men returning, only to be met with a much larger mass of white men also carrying weapons.

A mass brawl broke out between the two sides after shots were fired.

Tulsa was a highly segregated area with most blacks living in Greenwood.

Thousands of white citizens entered Greenwood where they looted and burned buildings in the area of 35 city blocks, according to History.com.

According to charity the Red Cross, 1,256 houses were set on fire and 215 others were raided. 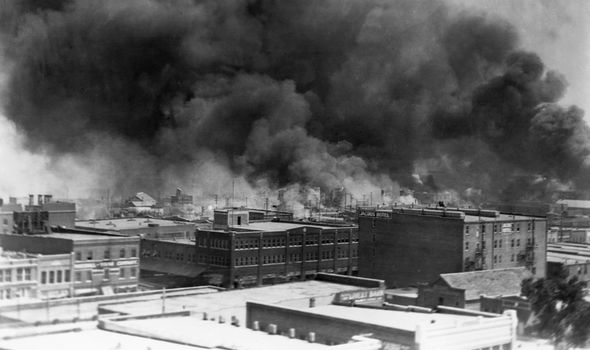 After the riots, Rowland had all the charges against him dropped and left Tulsa the next day with reports suggesting he never came back to the area.

The official death toll was 36 people which include 10 white people but subsequently, researchers have put this number as too low.

Some historians have also put the Tulsa Riot just behind the New York Draft Riots of 1863 which claimed the lives of 119 people as the most deadly riots at the time.

Speaking about including the Tulsa Riots in the series, showrunner Lindelof told Decider: “When I started thinking about what Watchmen was going to be, trying to think about in the original source material the book was highly political. 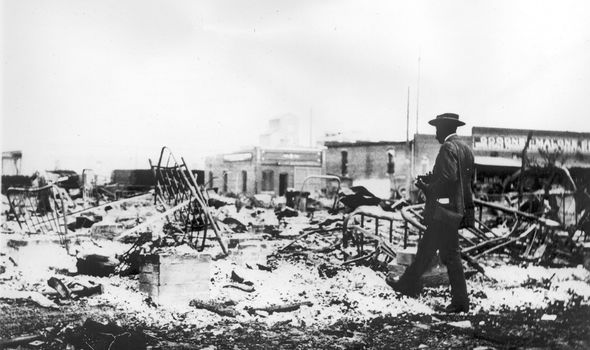 “It was about what was happening in American culture at the time even though it was being presented by two British artists.

“What, in 2019, is the equivalent of the nuclear standoff between the Russians and the United States? It just felt like it was undeniably race and policing in America.”

When shooting the scenes, director Nicole Kassell pulled out moments from historical accounts which were featured as vignettes in the sequence.

The cast and extras even rehearsed the scenes prior to shooting – a rarity in the age of television which demands a fast turnaround.

Lindelof also wrote a letter to the cast and crew thanking them for their involvement in recreating one of the most painful and little-known chapters in the history of American race relations.