WandaVision is proving to be quite the head-scratcher of a mystery for MCU fans. One big question is who is Agnes’ husband Ralph? While a theory is that he’s Marvel devil Mephisto, a popular new one argues he’s HYDRA scientist Arnim Zola and boy does this one make a whole lot of sense.

Played by Toby Jones, Zola reappeared in Captain America: The Winter Soldier and had uploaded his consciousness to a computer in New Jersey, where WandaVision’s Westview is location too.

Reddit user The Ordinary Critic argues: “After the events of Endgame, Wanda starts looking for ways to bring Vision back to life.

“In the Avengers files, she discovers that Hydra leader Arnim Zola was able to transfer his living mind into a computer.” 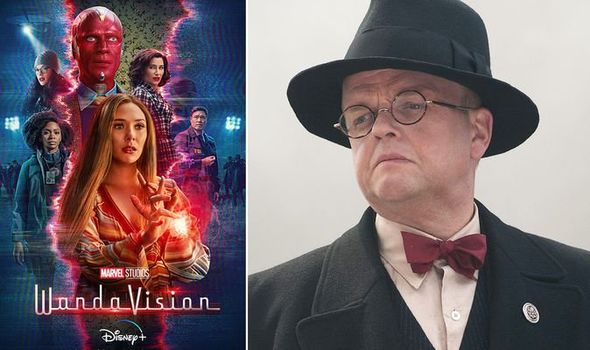 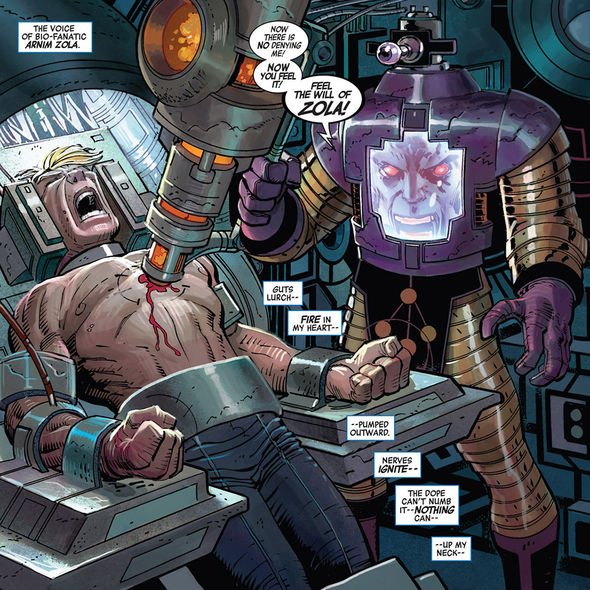 The theorist continued: “Seeing this technology as an opportunity to either bring Vision back, or for Wanda to digitise her mind to be with Vision, she travels to New Jersey to look for any remnants of Zola’s computers.

“Wanda finds backups of Zola’s mind in an abandoned bunker in New Jersey and begins tinkering with the software, unknowingly resurrecting Zola in the process.

And this the part of the theory where Agnes’ husband comes in. 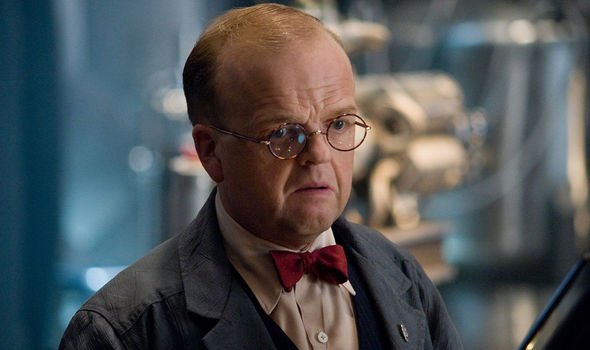 The Falcon and the Winter Soldier: Marvel tease Disney+ series

The theorist added: “Inside Westview, Arnim is posing as Ralph; Agnes’s husband.

“He stays hidden because he knows if he gets too close to Wanda she will notice him. Arnim’s main goal is to upload his mind to Vision’s body.”

Zola would also tie into the random HYDRA commercials in each sitcom episode of WandaVision.

Marvel will remember in Avengers: Age of Ultron that Wanda and her brother Pietro (Quicksilver) joined HYDRA and agreed to undergo experiences with Loki’s Scepter, which contained the Mind Stone that eventually ended up inside Vision’s head.

During the experimentation under Wolfgang von Strucker, the twins gained their X-Men superhero powers.

But when HYDRA fell, they joined Ultron to take revenge on Iron Man after Tony Stark’s weapons were responsible for killing their family in Sokovia.

Of course, in the end, they realised the robot wanted to destroy the Earth, so they joined the Avengers and Quicksilver was killed during the final battle.

All this trauma, plus Vision’s death in Infinity War, will be weighing heavily on Wanda’s mind.

And being such a powerful superhero, no doubt whatever evil force is behind-the-scenes in WandaVision will be taking full advantage of her.

Considering that Benedict Cumberbatch, Tom Hiddleston and Anthony Mackie attended the virtual launch of the show, we wouldn’t be surprised if Doctor Strange, Loki and Falcon at least cameo.

After all, the latter is set to be the next Captain America so would have that link to Zola.

Marvel’s WandaVision is streaming on Disney+.