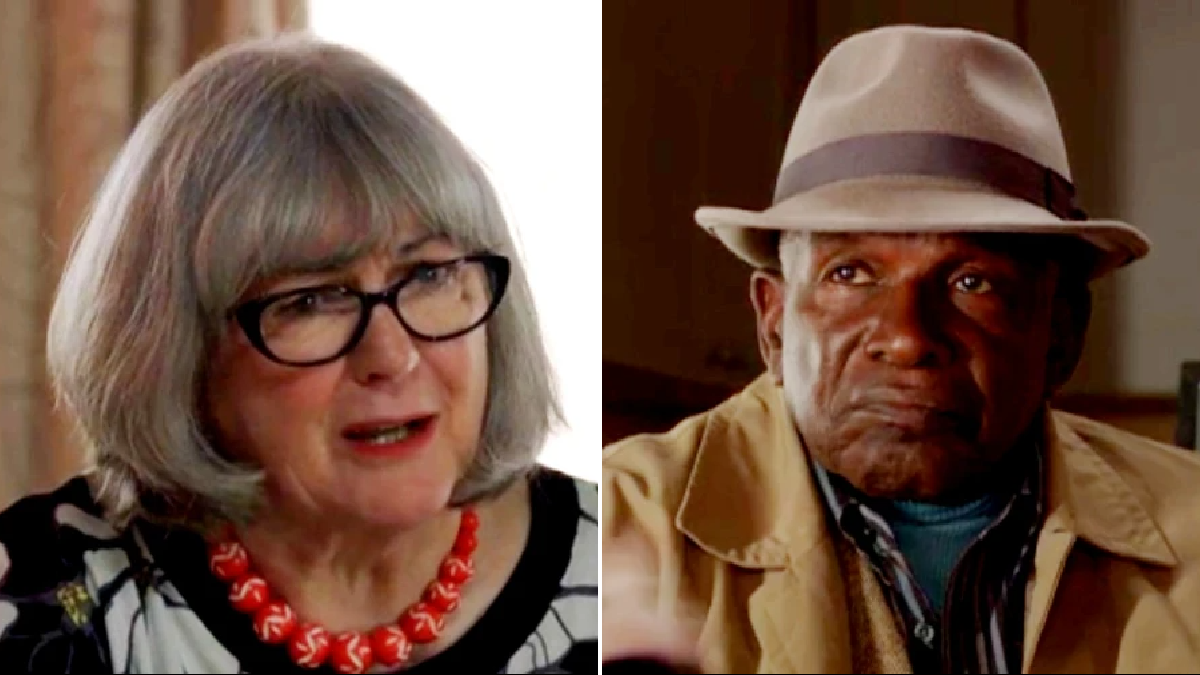 Huge twist in EastEnders tonight as Vi Highway (Gwen Taylor) revealed to Patrick Trueman (Rudolph Walker) that she has another son.

This week, Vi faced trouble when she discovered her vile son Jonno had sold all of her belongings.

One thing Vi couldn’t find was a book, which Kim (Tameka Empson) had bought from Billy’s (Perry Fenwick) stall.

Vi’s attempt at getting the book back wasn’t a success, but Patrick soon realised she didn’t want the book – but a photograph inside.

Patrick took the photo back to Vi, where she revealed why the image meant so much to her.

The picture was of a pregnant Vi.

She wasn’t pregnant with Jonno, but her other son – Christopher, who has Down’s Syndrome.

Vi explained to Patrick she became pregnant after a ‘booty call’ but following the birth, put Christopher in care as she thought she wasn’t able to give him the support he needed.

Vi is convinced Stuart (Ricky Champ) and Callum (Tony Clay) can’t know her secret, but could she try and track Christopher down?

If Stuart does find out, how will he feel – given he was also in care?