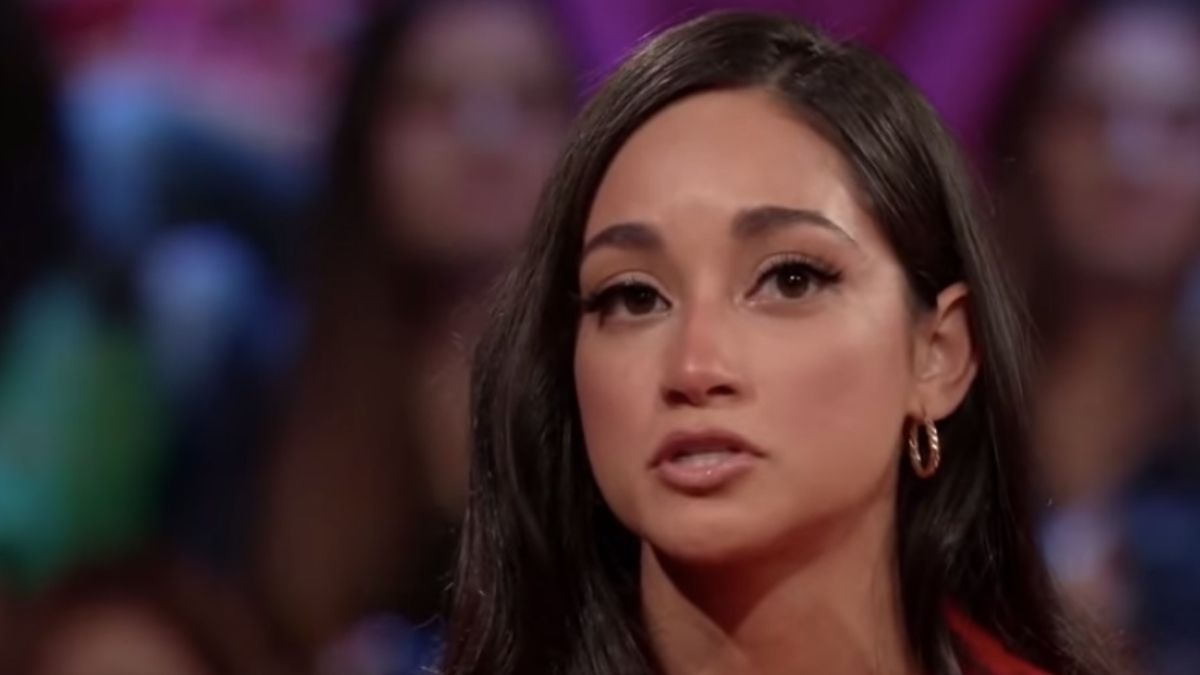 Victoria Fuller surprised everyone when she went public with her relationship with Chris Soules.

Fans knew Victoria from Peter Weber’s season of The Bachelorette, where she earned a reputation for immaturity by crying whenever she didn’t get her way.

When she hinted she was with Chris, fans were surprised because they had no idea how the two would have met.

Chris, who lives in Iowa on a farm, was nowhere near Virginia Beach, where Victoria lives.

But now, it appears there is trouble in paradise – at least if Victoria’s updates are accurate.

She posted a photo of herself that may have been taken during her time with her friends.

“When ur sittin there.. waiting for him to apologize but he don’t know he did something wrong bc u didn’t tell him bc he should know,” she captioned the photo.

She’s smiling in the photo but doesn’t mention Chris by name. 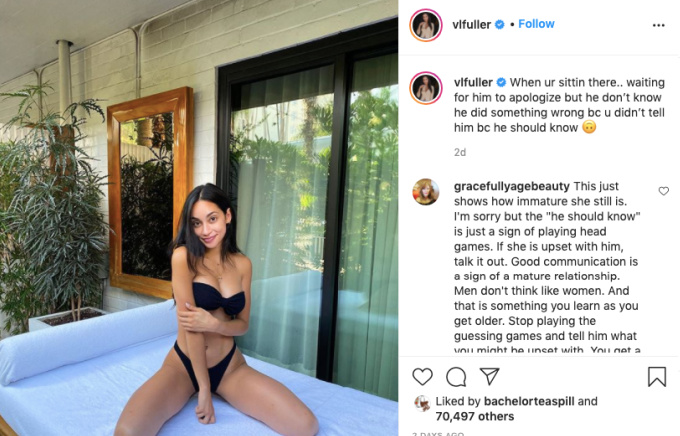 The post was criticized by some fans who blamed her for the supposed trouble with Chris.

“This just shows how immature she still is. I’m sorry but the “he should know” is just a sign of playing head games. If she is upset with him, talk it out. Good communication is a sign of a mature relationship. Men don’t think like women. And that is something you learn as you get older. Stop playing the guessing games and tell him what you might be upset with. You get a long way with open communication! Honestly I did the same thing when I was 23-24. But as get older we learn and understand men can’t read our minds unless your with them for 20 something years. COMMUNICATE!!” one follower wrote.

“They mind readers out here tryna fool us lyke they ain’t,” another added.

One thing we do know is that Victoria has been somewhat secretive about this relationship. When they first started dating, she would share some videos and photos of herself on a farm and it was only later that fans realized it was Chris’.

She also shared an Instagram Story of her driving around in a tractor, being very careful to only share parts of Chris’ leg.

Just a few days ago,  Victoria joked about her and Chris breaking up on social media. A fan wrote to her that she had heard that they were broken up. Victoria replied but didn’t confirm or deny a split.

It was earlier this spring that Victoria and Chris were first linked as a couple. A source came forward saying that Chris had contacted her via DMs, but Victoria later denied that.

The Bachelor: The Greatest Seasons — Ever airs Mondays at 8/7c on ABC.