VICTORIA Beckham has revealed her husband David always wanted to be a part of the Spice Girls.

Victoria, 46, posted a hilarious clip on Instagram on Friday which showed her husband of 21 years being put through his paces by James Corden. 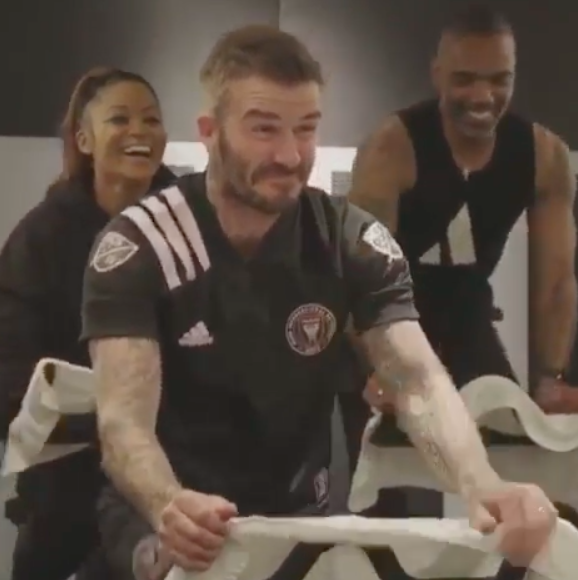 The segment was filmed for an episode of James's The Late Late Show in the US, and Victoria clearly found the while thing hilarious.

In the clip, the former footballer can be seen taking part in a gruelling spinning class led by 41-year-old James.

As the session begins, James start blasting out the Spice Girls hit single Wannabe as David, 45, can be seen shaking his head and laughing.

As the tune gets going, James attempts to get David and the rest of the class to follow his dance moves. 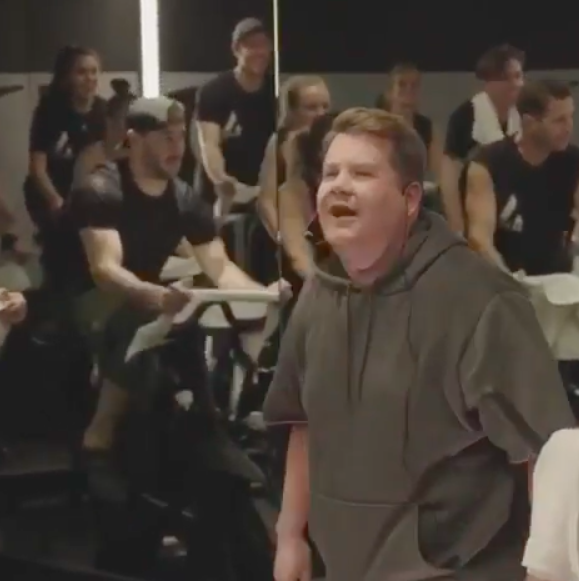 While David indulges the Gavin and Stacey actor at first, he ends of telling him: "F**k off James!" before laughing again.

Mum-of-five Victoria captioned the video: "Loved watching @davidbeckham on the #latelateshow last night! He did always want to be in the band 😂😂😂 @latelateshow @j_corden."

Victoria's 28.5 million followers were loving the video and took to the comments section. 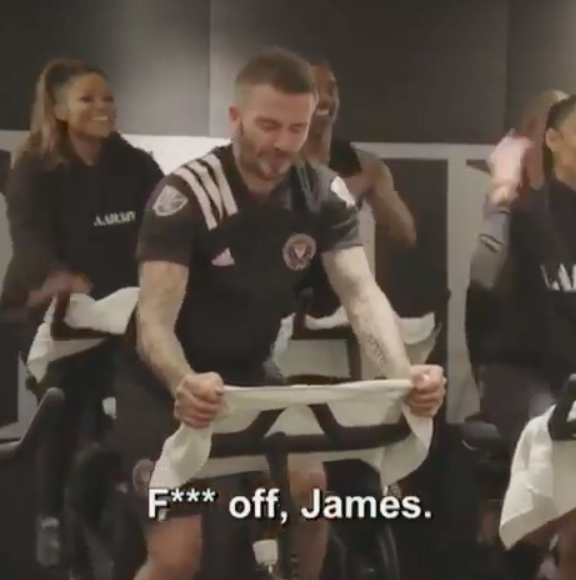 One person wrote: "Heheheh he certainly looks like he’s having fun. #OriginalSpiceBoy ✌️😍."

A second person added: "Absolutely brilliant, laughed so hard ," while a third said: "this has just cheered me up 😆." 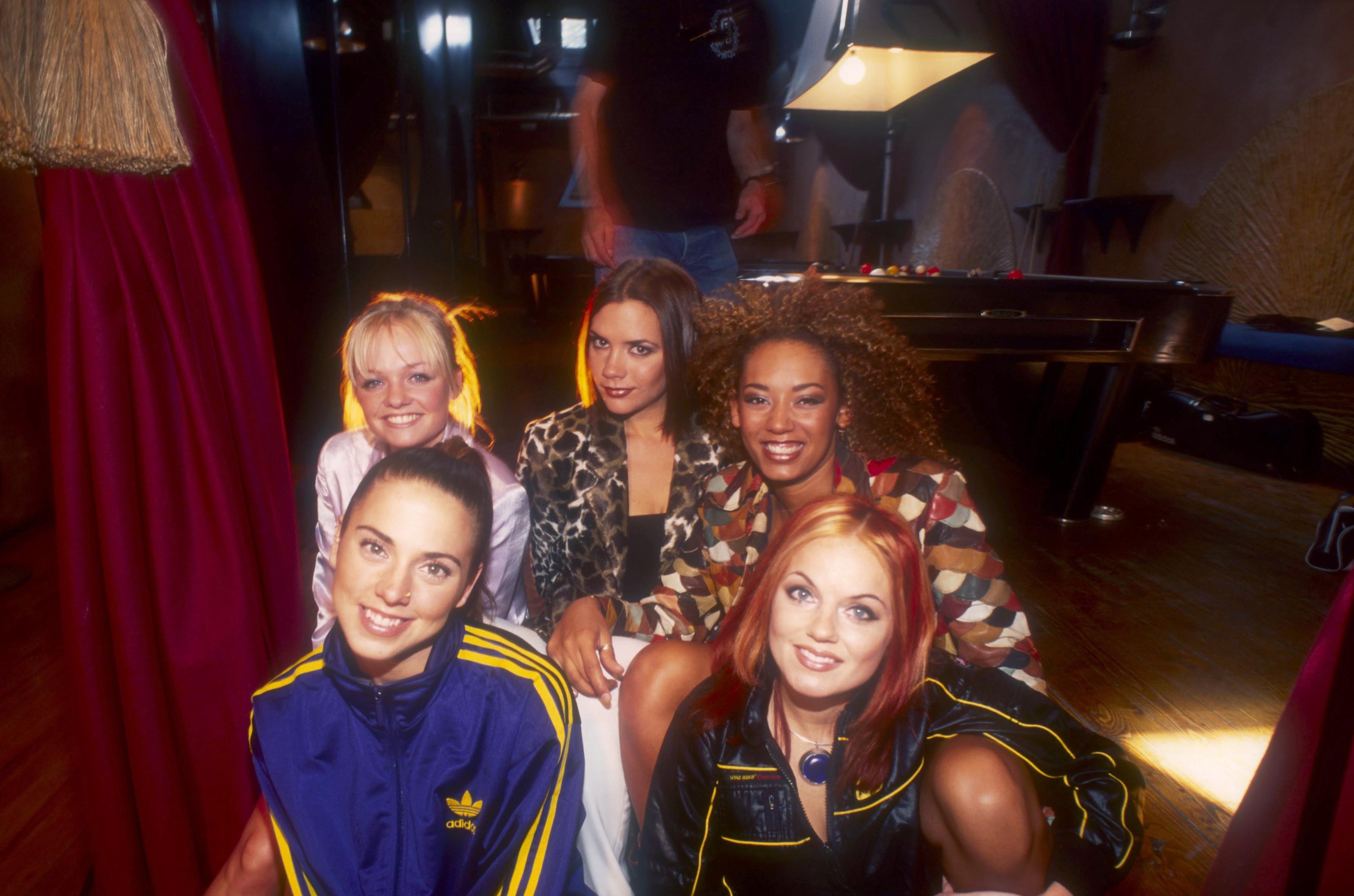 David first met wife Victoria back in 1997 whilst she was a member of the Spice Girls alongside Emma Bunton, Geri Halliwell, Mel C and Mel B.

Known as Posh Spice, David claims that prior to meeting Victoria at a charity football match, he had watched her music videos and commented to his teammates that he was attracted to her. 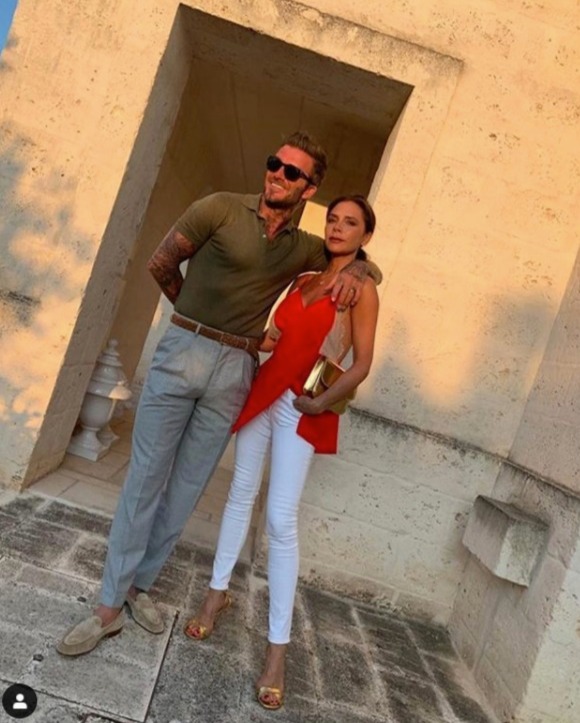 The couple announced their engagement in 1998 and were married on July 4, 1999 at Luttrellstown Castle in Ireland.

Last month, David and Victoria celebrated 21 years of marriage and they have four children together; Brooklyn, 21, Romeo, 17, Cruz, 15, and nine-year-old daughter Harper.