I’m A Celeb: Vernon says his message from Tess ‘broke’ him

I’m A Celebrity… Get Me Out Of Here! will conclude this evening as Vernon Kay, Giovanna Fletcher or Jordan North will emerge from the castle victorious. Ahead of the grand final, TV presenter Vernon spoke about a difficult moment he had in the camp which left him “broken”. And when he discussed it with his fellow celebrities, he started choking up.

Before Shane Richie was eliminated, the four gathered round the campfire for one last meal.

They were given partridge with a selection of vegetables to devour on.

Giovanna said in the Bush Telegraph: “It was a really lovely night and then we started reminiscing.”

“My treat from home with the message,” Vernon said thinking back to his greatest moment on the show. 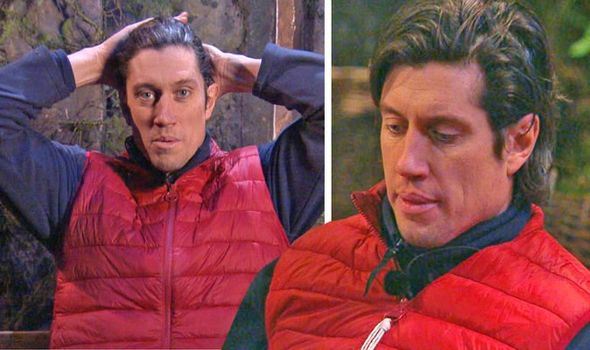 We will use your email address only for sending you newsletters. Please see our Privacy Notice for details of your data protection rights. I’m A Celebrity: Jordan to pip Vernon Kay to King of the Castle?

“That broke me a bit, because I said to the girls, ‘All I want to do is go in there and make you proud.’”

He was unable to continue speaking because he started choking up; “Oh, I’m going [crying] again!

“And when I got that message I’m like ‘Brilliant.’”

“It’s all you wanted,” Giovanna added and Vernon agreed. 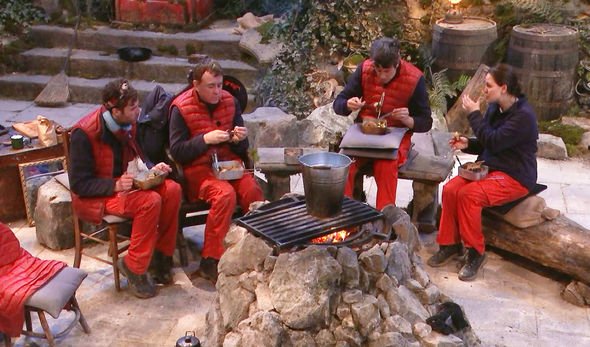 “I would say that is one of my toughest moments,” the author and podcast host said.

“Not getting your treat from home?” Vernon asked and Giovanna confirmed.

“That was horrible,” Shane remarked and Giovanna continued: “Because also, trying to get over my own emit while at the same time, going to everyone ‘It’s fine.’”

Later on, she appeared in the Bush Telegraph and said: “Castle life has give us the emotions – the emotional rollercoaster.

“But the support of my fellow campmates is definable what’s got me through.”

Some fans have been left wondering why Giovanna is in the final.

She has only done one or two Bushtucker Trials – and none of them alone.

Tonight, however, she will face a challenge all by herself.

Viewers will tune in to see the three finalists take on their final Trial.

They will each be winning a course for their last meal.

I’m A Celebrity… Get Me Out Of Here! concludes tonight at 9pm on ITV.