ROBBIE Williams and Tyson Fury release their Christmas single, Bad Sharon, this month and now the boxing champ has revealed he didn’t even step inside a studio to record his vocals.

Appearing on The Chris Evans Virgin Radio Breakfast Show this morning, the 31-year-old admitted he recorded his lyrics in the comfort of his living room. 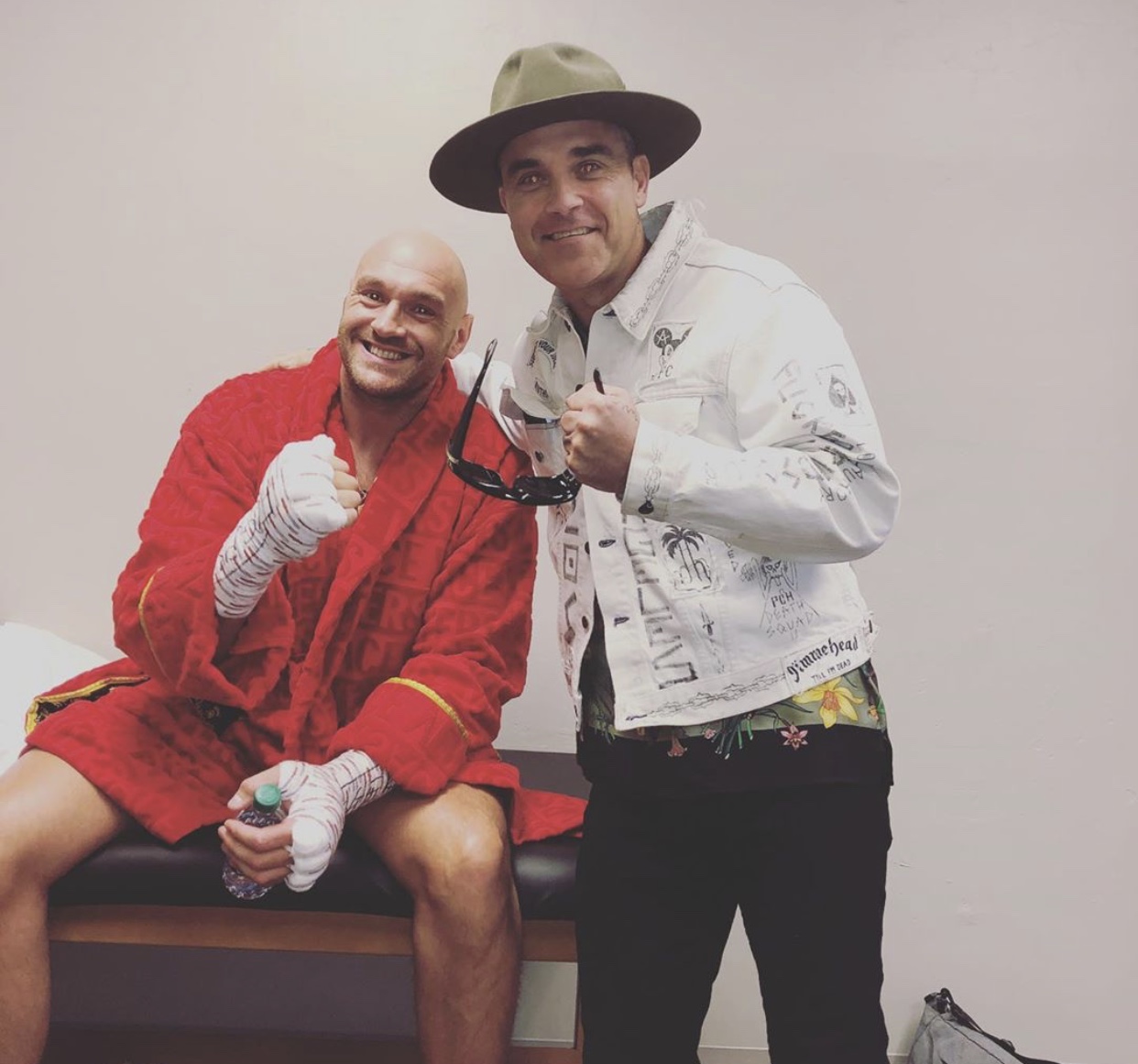 Speaking to radio host Chris, Tyson explained: “It was all a thing where I was trying to fit it in and I was supposed to come down to a studio in London to record it, but I never got enough time.

“So what happened was they came to my living room, at home, set up a studio and I recorded it at home,” he added.

Revealing how the duet came about, Tyson continued: “Robbie was at one of my fights in Las Vegas and he came backstage to see me. And he said to me, ‘you’re a bit of a singer, you sing after your fights, would you like to do a Christmas song with me?’ 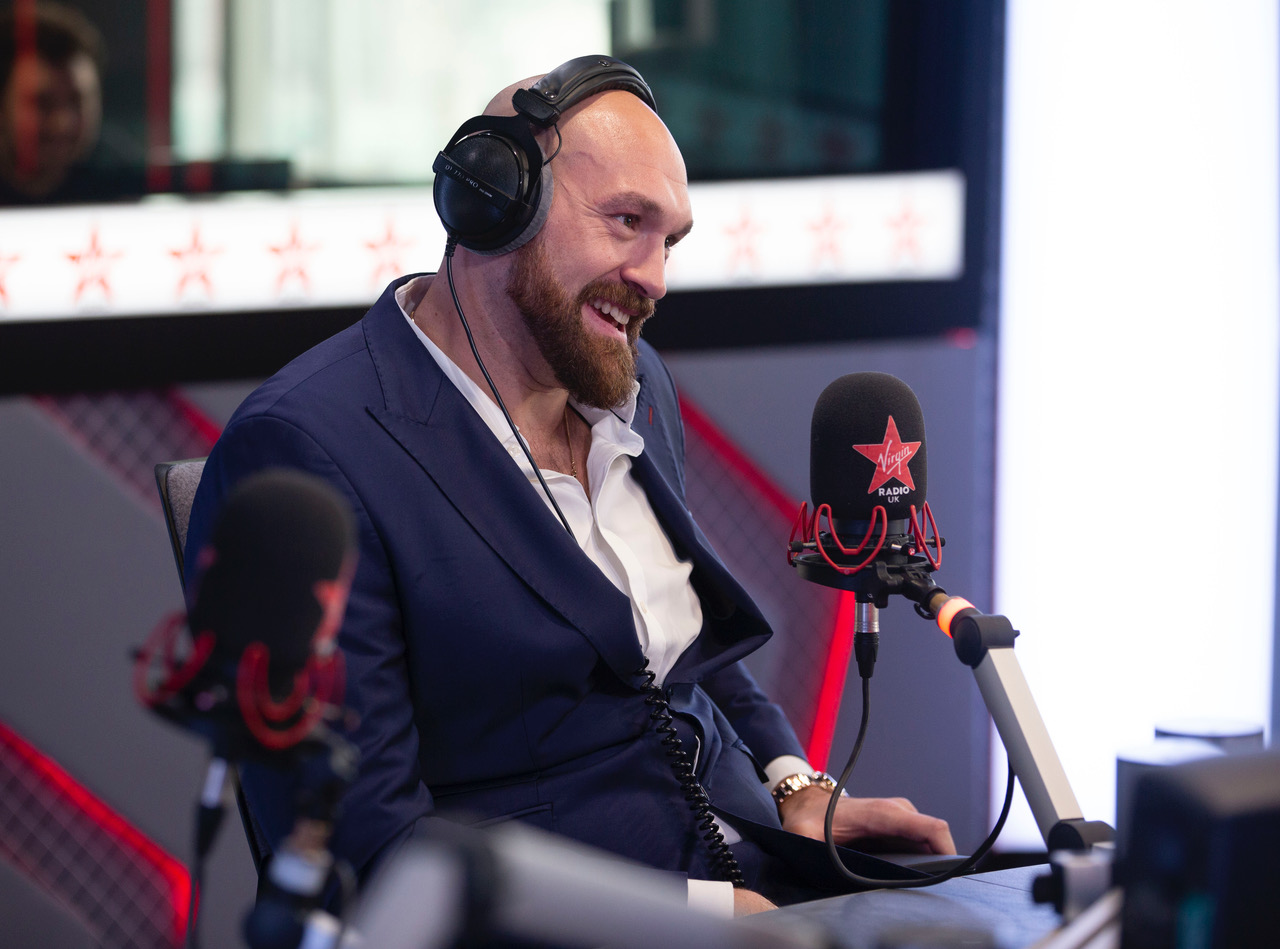 Bad Sharon is expected to be this year’s Christmas number one, beating the likes of Ed Sheeran and Lewis Capaldi.

But as well as being a singer and a world champion boxer, Tyson is also a father-of-five. 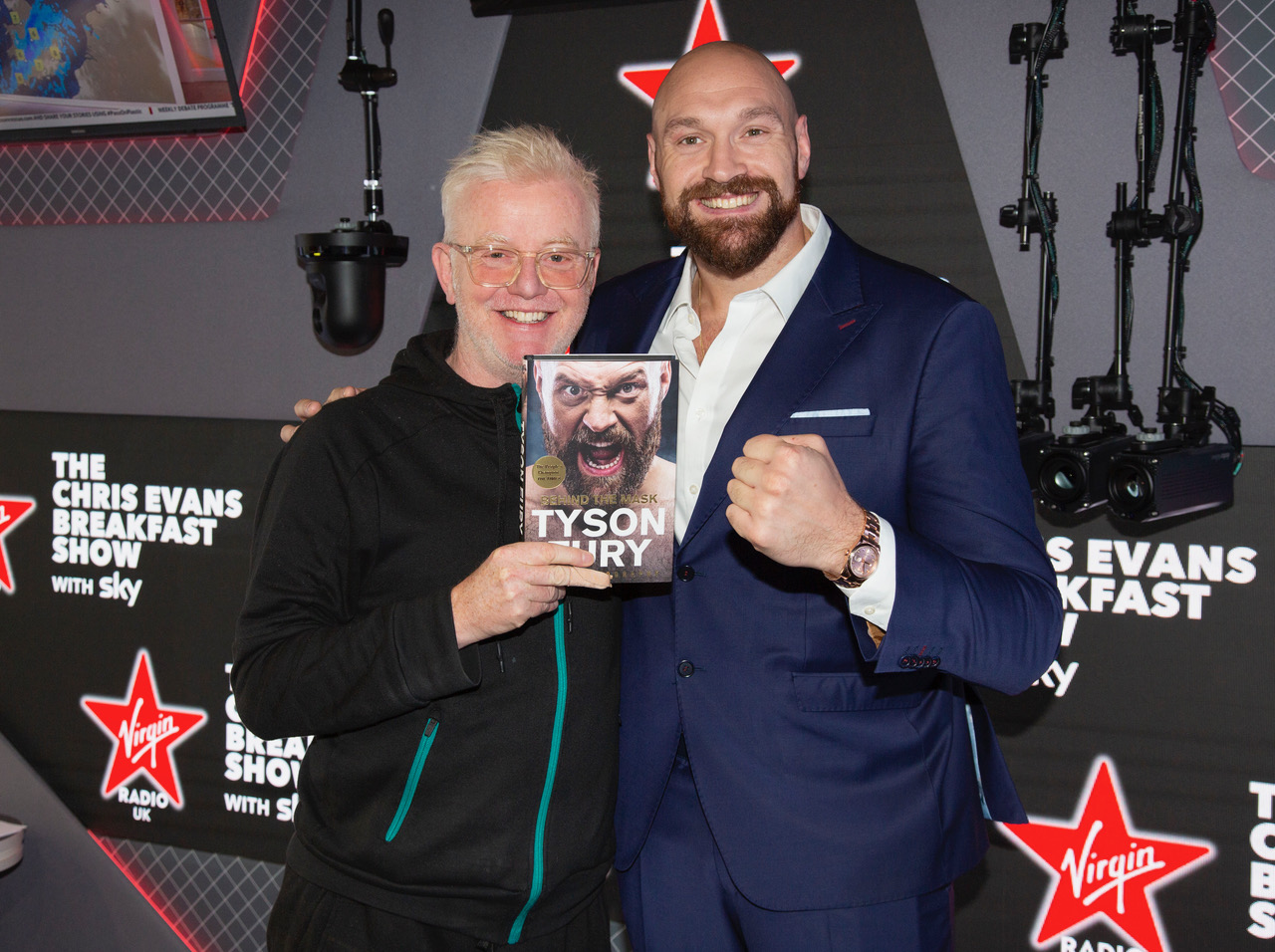 Discussing his role as a dad, he told Chris: “I'm a full-time, hands on father. I take the kids to school in the morning, I get them up, feed them breakfast, pick them up from school. It's hard work. Five children is hard work for sure!”

Admitting he will probably have a couple of fights next year, Tyson also spoke about his plans for the future post-boxing.

“I'm already managing young fighters coming through, so yeah, that's what I want to do,” he said.

“And I want to open a boxing gym, not to be a trainer or anything like that, but to give other young people like myself an opportunity to do something in sports, because without the gym being there, the boxing club, I wouldn't be the man I am today, that's for sure.”

The Chris Evans Breakfast Show is on every week day from 6.30 – 10am on Virgin Radio.