An original coyote is ready to get back to the bar! Tyra Banks hasn’t lost hope for a Coyote Ugly reboot following the cult classic film’s 20th anniversary.

The 46-year-old Dancing With the Stars host opened up to ET’s Lauren Zima about the possibility of refreshing the movie for a new audience.

“We are trying, trying, trying to make this happen. We are so trying,” she insisted. “Maria Bello, Diane Warren did the music, LeAnn Rimes, everybody is in! Piper Perabo, Bridget Moynahan, they’re all like, ‘OK, let’s do this.'”

Banks told ET that it’s more than just a desire to reboot the film. Those involved have actually met to discuss how they could create a new story.

“Literally had a meeting recently and we are trying,” she shared. “We’re like, ‘Is it a movie? Is it a series? Is it our kids? Are our old a**es dancing on the bar still?'”

As for what Banks would prefer, she suggested, “Maybe start with a movie and then move to a series.” 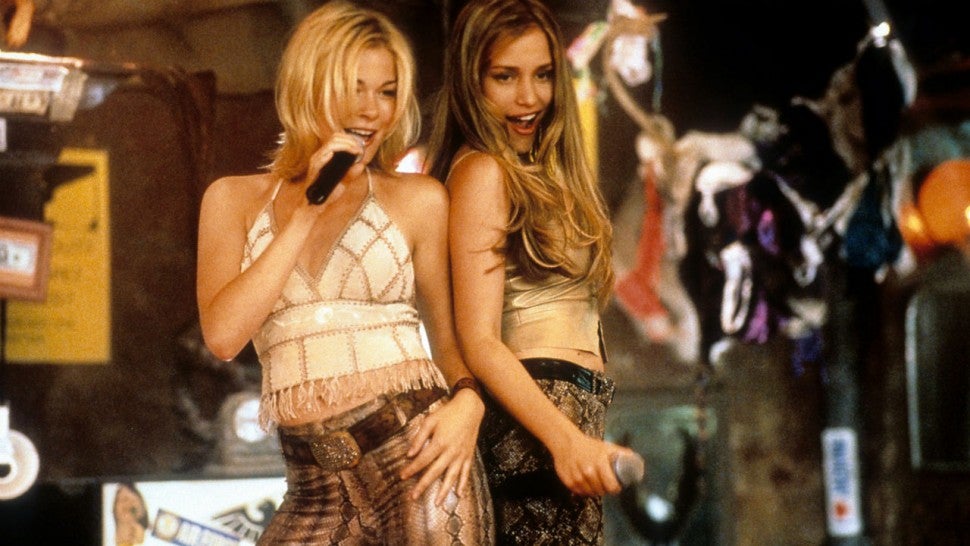 Banks added that it’s more legal holdups than anything that are keeping them from a new iteration.

“It’s more of this technical mumbo jumbo. We have story ideas. We have our original producer, Mr. [Jerry] Bruckheimer, he’s down. It’s like, ‘Come on, let’s get this going!'” she exclaimed. “It’s logistics. It’s legistics. But we’re ready.”

The original 2000 film followed Violet (Perabo), a singer-songwriter who got a job working at the bar Coyote Ugly, as she tried to kickstart her music career in New York City.

ET recently spoke with Rimes, who sang several of the film’s hit songs and even appeared in one final scene, about the possibility of another installment.

For more with Rimes, watch ET’s exclusive interview, below.