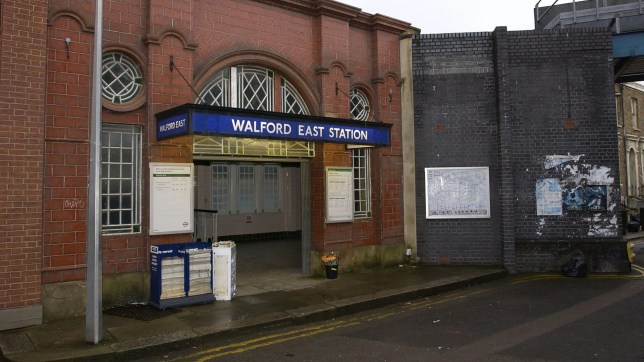 Warning: This article contains information from the EastEnders episodes available on BBC iPlayer boxsets – they have not yet aired on TV.

EastEnders is this week airing emotional scenes which see a final exit for popular characters Stuart and Rainie Highway (Ricky Champ and Tanya Franks), after the latter makes a surprise return.

Viewers have seen Stuart struggling since Rainie left with baby Roland, on his insistence.

Stuart has been suffering from post-natal depression and, while this was not diagnosed at the time, he knew that Rainie and their baby were far better and safer away from him.

Recently, Stuart’s life has continued to spiral, with the struggling local even planning his own funeral.

His loved ones have remained concerned after his reaction to being given the all clear for his cancer being not what they had hoped or expected.

With the help of friend Karen Taylor (Lorraine Stanley), Stuart sought help from his GP but, his desperation to get help leads to a serious situation in his final week of episodes.

Outside of an NA/AA meeting, Linda intervenes when she spots Stuart near a drug dealer and the situation between them gets heated.

Growing desperate, Stuart purchases some drugs, but later hands them to Jada. He seeks out Linda to apologise but is met with a frosty response from Mick.

Unable to get an appointment at the GP, a riled up Stuart insists no one can leave the surgery until he’s been seen and rips the phoneline from its connection.

Bernie does all she can to help a frantic Stuart as the situation escalates. She apologises to him for not realising he was living with PND and for helping Rainie leave the Square.

Convinced he has been misdiagnosed, Stuart grows desperate, locking the door to the surgery and confiscates everyone’s phones as he demands more tests.

Finally admitting that he got rid of his prescription, Stuart breaks down only to hear a knock on the door from a desperate Rainie who is outside.

He reveals his cancer is in remission and they discuss his PND diagnosis, before a police officer arrives.

Later, Callum brings Stuart home from the police station after he is released. Rainie pleads with him to accept the PND diagnosis and produces his taped up prescription, urging him to reconsider.

He later confides in Vi and Callum that his only chance of reuniting with Rainie is if he takes his medication.

Callum empathises with Rainie as he opens up about his heartbreak over Ben and encourages her to stick by Stuart’s side. Rainie and Stuart share an emotional reunion when he finally fills his prescription.

Stuart takes his medication with Rainie’s support and she encourages him to call Jay about getting back to work.

Later, Stuart opens up to Vi and Callum, suggesting that leaving Albert Square may be the best way for him to move on.

Stuart apologises to Jack about the drugs, but Jack refuses to accept, resulting in an altercation.

At the end of the week however, Stuart and Rainie decide to embark on their new life, leaving Walford via a funeral car with family and friends watching.

Emotional scenes all round signal the end of Stuart and Rainie’s Walford stay, with fans undoubtedly left relieved that they have a happy ending of sorts after a couple of years from hell.

You can watch all four episodes on BBC iPlayer and they air Monday-Thursday on BBC One at 7:30pm.