The final episode of Top Gear season 28 aired at the beginning of the month, where hosts Paddy McGuinness, Freddie Flintoff and Chris Harris were given one final challenge to see off another successful series. The trio were put to the test to find out which emergency services are the most speed efficient, fire, ambulance or police.

Chris Evans! You are the best Chris Evans we’ve ever had!

Chris was placed with the police, Freddie the fire team and Paddy joined the paramedic squad that included participants Steph Smith, Dave Stubbs and Chris Evans.

Now, we know what you’re thinking.

It wasn’t THAT Chris Evans.

The former host that shared the screen with Matt Le Blanc, nope, not him. 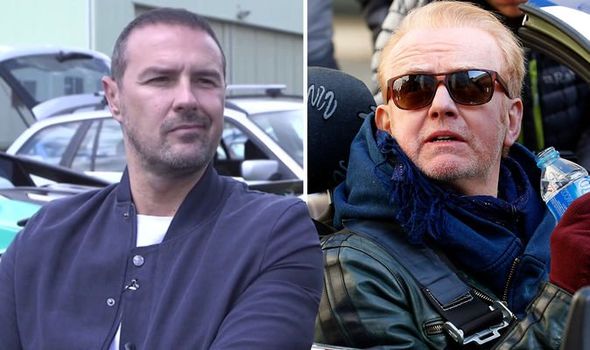 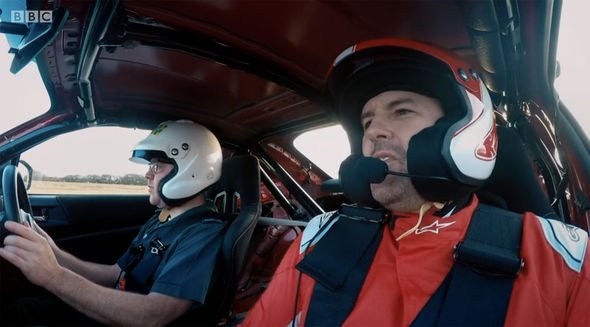 But the name does have a big connection to the show, and knowing this, Paddy appeared to take a playful swipe at the previous host.

After the ambulance crew smashed the record and beat the police to the fastest time, Paddy rushed to his fellow presenters and didn’t waste any time rubbing it in their faces.

Chris wasn’t having any of it, pointing out how paramedic Chris had “cut corners” whereas his policemen “stick to the law”.

But Paddy was ecstatic with their accomplishment.

“This is where the police service are going wrong, we should be getting the ambulance service to catch the thieves!” the comedian laughed as he skipped around gleefully, hugging the rest of the paramedic crew waiting at the side. 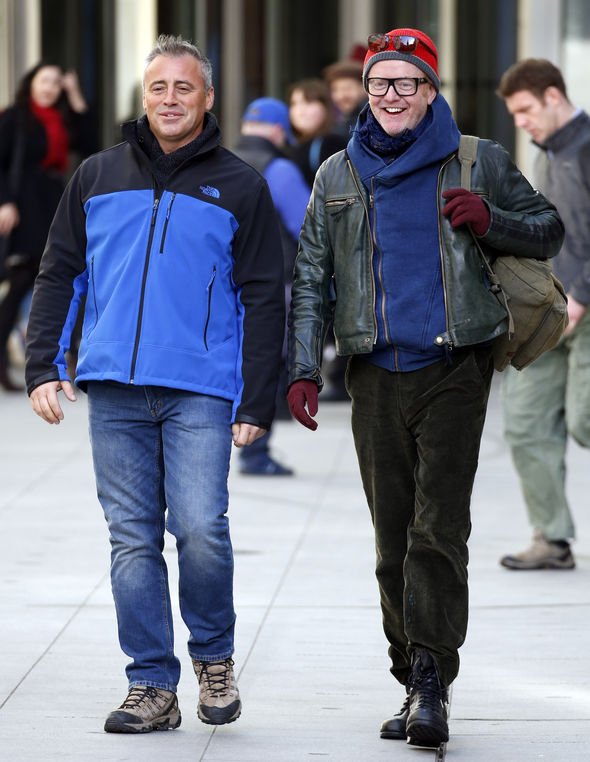 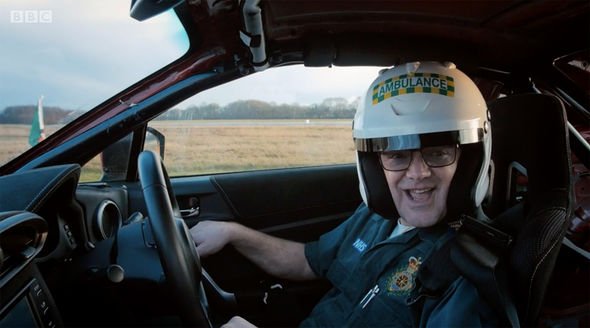 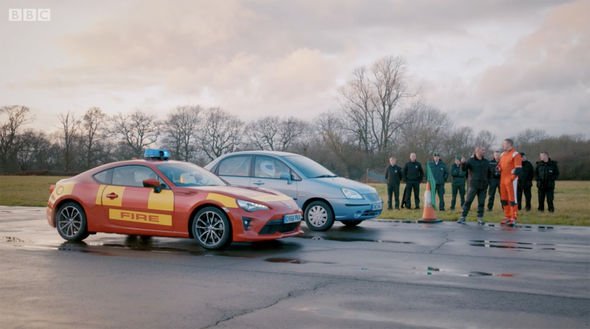 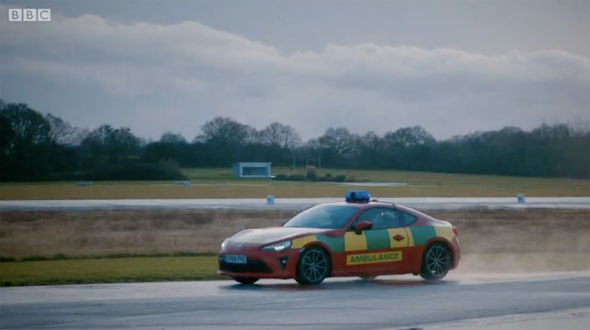 “When you’re saving lives Chris, you can’t be nipping and tucking in a line,” he joked about “cheating”, as his fellow presenter burst out laughing.

He then turned his attention to the other Chris, who was still behind the wheel.

“Chris Evans! You are the best Chris Evans we’ve ever had!” he exclaimed, as the paramedic high-fived the hosts.

The cheeky dig at the Virgin Radio DJ provoked Freddie to add: “Have an early night, you’ve got the radio in the morning!”

It comes after the former BBC Radio Two host was widely criticised for his work after he took over from the original trio Jeremy Clarkson, Richard Hammond and James May.

After they departed in 2015, following an altercation between Jeremy and a BBC producer, Chris was appointed as the new face of the motoring show alongside US TV star Matt Le Blanc.

But unfortunately, the pair they didn’t have the same chemistry as their predecessors and the show suffered a significant loss in ratings.

Current presenter Chris, joined the show back in 2016, a year after Matt and Evans.

He previously spoke to Metro.co.uk about how the radio DJ was “doomed” as the show spiralled into chaos after he was given creative control of the reboot.

And, instead of a bold new era for the popular BBC car show, it flopped massively.

So much so, that the loveable radio personality exited one series into his three-year-deal.

“I think Chris was doomed, people were always going to hate it because it wasn’t Jeremy,” Chris said of Evans.

Of his departure, Chris posted to Twitter: “Stepping down from Top Gear. Gave it my best shot but sometimes that’s not enough. The team are beyond brilliant, I wish them all the best.”

But since Paddy and Freddie were picked to replace Matt who left in 2018, things have picked up and fans have applauded the similar attitudes to that of the golden age of Top Gear.