Home » Tom Jones speaks out on future of 58-year long career: ‘No room for anyone else!’

Tom Jones discusses his chair on The Voice

Sir Tom Jones, 80, joined Sunday Brunch hosts Simon Rimmer, 57, and Tim Lovejoy, 53, on the show to discuss his new album, Surrounded By Time. As well as discussing the importance of the songs and why he chose them, the veteran musician also recalled the highlights of his 58-year long career. However, the singer detailed why he will never be replaced as a coach on ITV’s The Voice.

The singer first joined the programme to offer his expertise as a coach when it was broadcast on the BBC in 2012.

For season five, the Welsh-born entertainer was replaced by Boy George, 59, but made his triumphant return in 2017 when the show moved over to ITV.

Sir Tom has been the coach to a champion twice in 10 years and he made history by becoming the first coach to win the debut season of the UK version.

However, the singer has said in no uncertain terms will be replaced in his role as he claimed there is “no room for anyone else”. 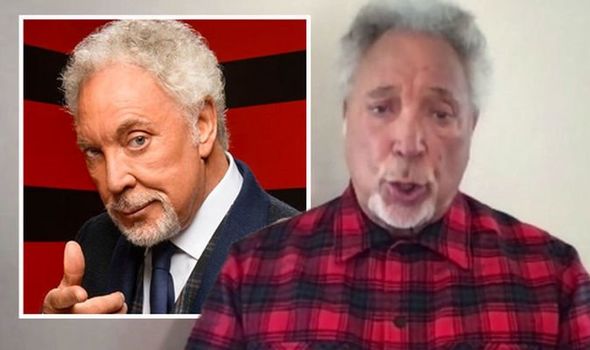 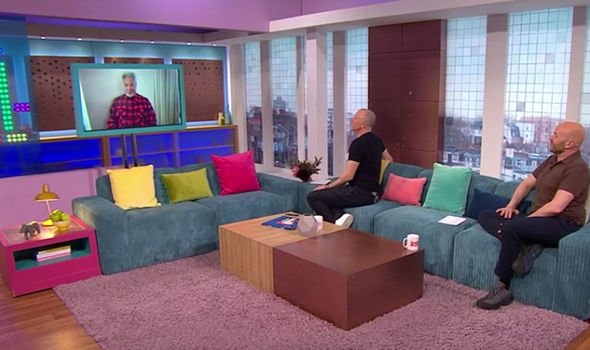 “I’m proud of the records I’ve made but I want to make new ones and I think everyone is aware of that.

“And working with Anne-Marie and will.i.am, of course, I’ve been working with will now for over 10 years on The Voice.

“And Olly Murs, they’re all really great and it’s a great combination of coaches,” Sir Tom added before stating his position in the role for the future.

“There’s no room for any old people. That’s my chair on the panel.” 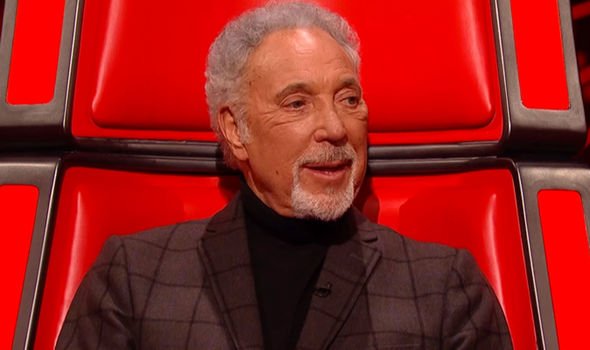 No room for anyone else

Taking to Twitter, those watching at home were delighted to see the legendary singer being interviewed on the show.

One viewer posted on the social media platform: “#sundaybrunch Sir Tom Jones got to love him. His shirt is definitely out there.”

Another avid fan wrote: “Tom Jones’ recent stuff does sound really good!! #SundayBrunch,” whilst a third commented: “#SundayBrunch Tom Jones is so iconic in every way.”

“Tom Jones appears to be speaking to #SundayBrunch from inside a passport photo booth,” a fourth remarked, making reference to the fact the singer had joined the presenters via video call. 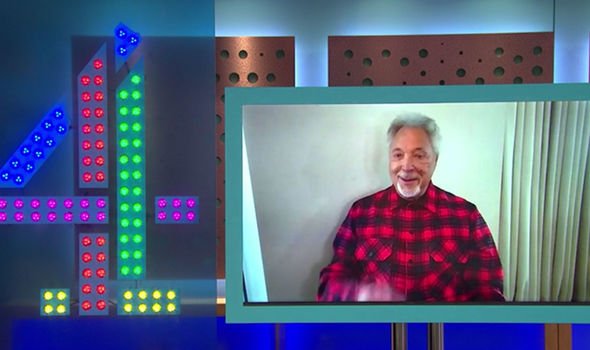 Discussing his album in a little more depth, Sir Tom explained it had taken him “a while” to record again after his wife of 59 years Linda Woodward passed away in 2016.

The singer detailed how he’d put a lot of songs together to go on the album but each one meant something to him personally.

“I picked songs that reflect different parts of my life,” the musician commented, adding he was “thrilled to bits” with the end result.

He managed to complete the new music over the last year so Sir Tom told the presenters he hadn’t minded the lockdowns imposed as a result of the pandemic.

Throughout the interview, he reiterated how the songs listeners will be able to enjoy are “meaningful” to him.

Asked if he was still enjoying his career almost six decades later, the singer said he was “even more so now.”

“When you first start off, you try to do everything at once but once you’ve lived 80 years as I have, hopefully, you’ve learnt something.

“I’ve had and still am having a wonderful life,” the veteran singer told the presenters.

Sunday Brunch airs Sundays at 9:30am on Channel 4.