By now, millions of fans have seen the Netflix K-drama Squid Game. In the show, hundreds of desperate people compete in deadly children’s games for a huge cash prize. The brightly colored sets and childhood nostalgia combined with all that violence and gore make Squid Game incredibly eery. Now, fans are experiencing that eery feeling outside of watching the show. An inventive fan came up with a concept for a Squid Game alarm clock that is both freaking out and intriguing fans. 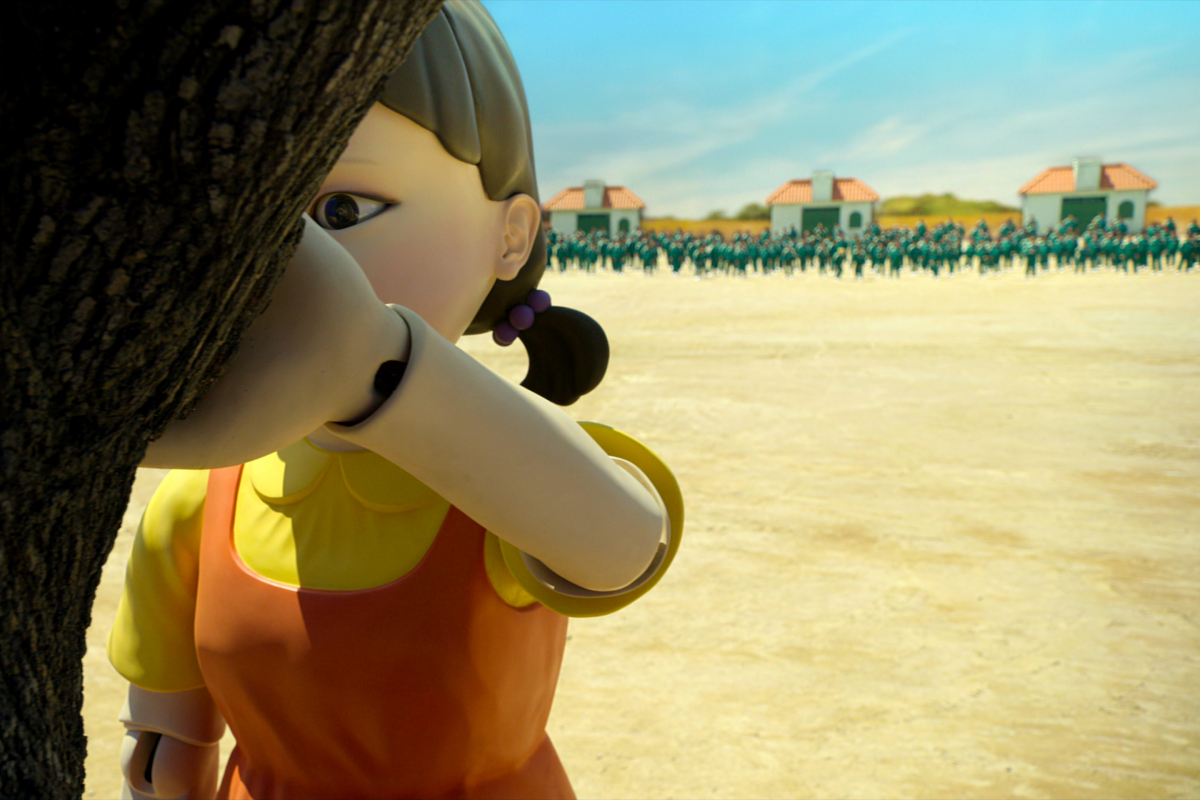 In the first episode of Squid Game, 456 desperate people agree to play games in the hopes of taking home an enormous cash prize. What they don’t know from the beginning is that the punishment for losing the games is death. The first game is Red Light, Green Light.

A large doll equipped with a sniper rifle sings a creepy song during the game. If the doll whips around and detects motion in any of the players, they are shot. This first game results in the deaths of over 200 players.

In an episode of The Tonight Show Starring Jimmy Fallon, HoYeon Jung, who plays Kang Sae-Byeok, explained what the doll is based on. “When we were at school, there were characters, one is a boy and one is the girl. The boy’s name was Cheolsoo and the girl’s name was Younghee. And she’s the one,” said HoYeon, pointing to a picture of the Squid Game doll. The doll was based on a character from Korean textbooks.

The killer doll has become an iconic part of the Netflix series that both fascinates and terrifies fans. Squid Game has inspired everything from Halloween costumes, to nail art. One fan even created a concept for a Squid Game alarm clock using the doll from Red Light, Green Light.

The alarm clock is a miniature version of the doll that can sit on a nightstand. The doll plays its creepy song from the series, and if the user doesn’t wake up, it shoots them. Luckily, the alarm clock only fires harmless soft pellets, NME reports.

Unfortunately, so far the Squid Game alarm clock is not a product that fans of the series can purchase. It is only a 3D concept created by Chilean 3D concept designer and filmmaker @gaspar.3d in collaboration with @nanvo. Still, considering the popularity of Squid Game, it’s probably only a matter of time before real alarm clocks inspired by the series are available.

The concept for the Squid Game alarm clock quickly went viral, despite not being a real product yet. Fans of the series responded in delight to the concept of the product. “That is EPIC! lol,” one person Tweeted. “Where can I get one,” asked another.

Still, it’s hard to deny that the alarm clock is pretty creepy. “Well this is straight up the scariest thing ever,” one person Tweeted. For those fans who loved the alarm clock, hopefully, the product will be available for purchase soon.