THIS Morning fans were left fuming after an interview with a "cruel" dog owner who dyes her pooch crazy colours.

Nicole from Canada insisted that pup Stella enjoyed having brightly coloured fur, and that the dyes she use do not cause the pet any harm. 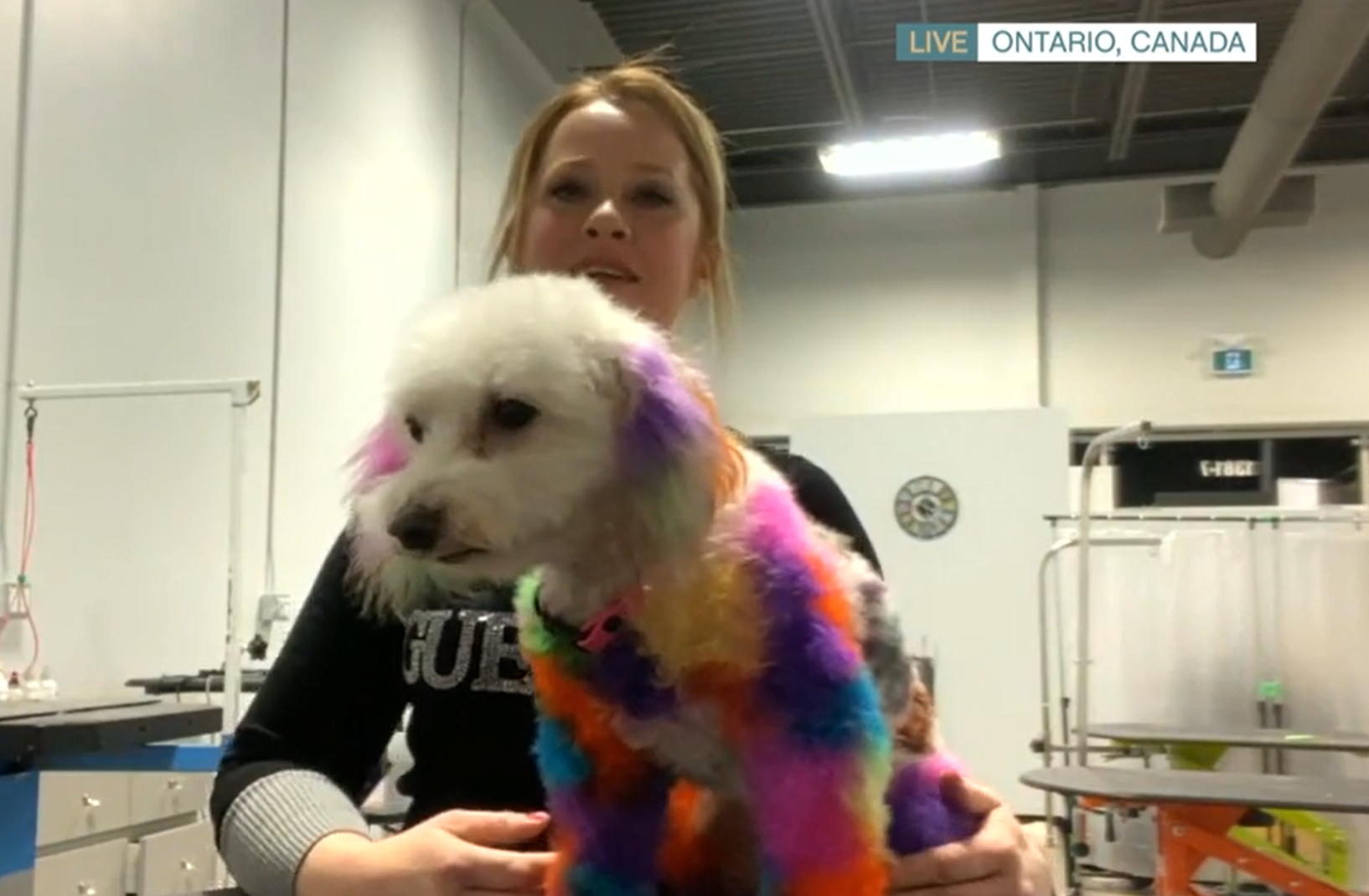 However, viewers at home weren't convinced – and took to Twitter to say that Nicole, who owns a grooming salon, should have her dog taken away.

Speaking to hosts Holly Willoughby and Phillip Schofield, the animal-lover explained that she rescued Stella from a puppy farm where she had been mistreated.

With the dog's white fur dyed multi-coloured in front of her, including #StaySafe sprayed onto her side, Nicole continued: "When I adopted her she came dyed because nobody wanted her.

"They dyed her with a vegetable based stain, which is very safe for dogs, you don't want to use any people-dye on dogs. 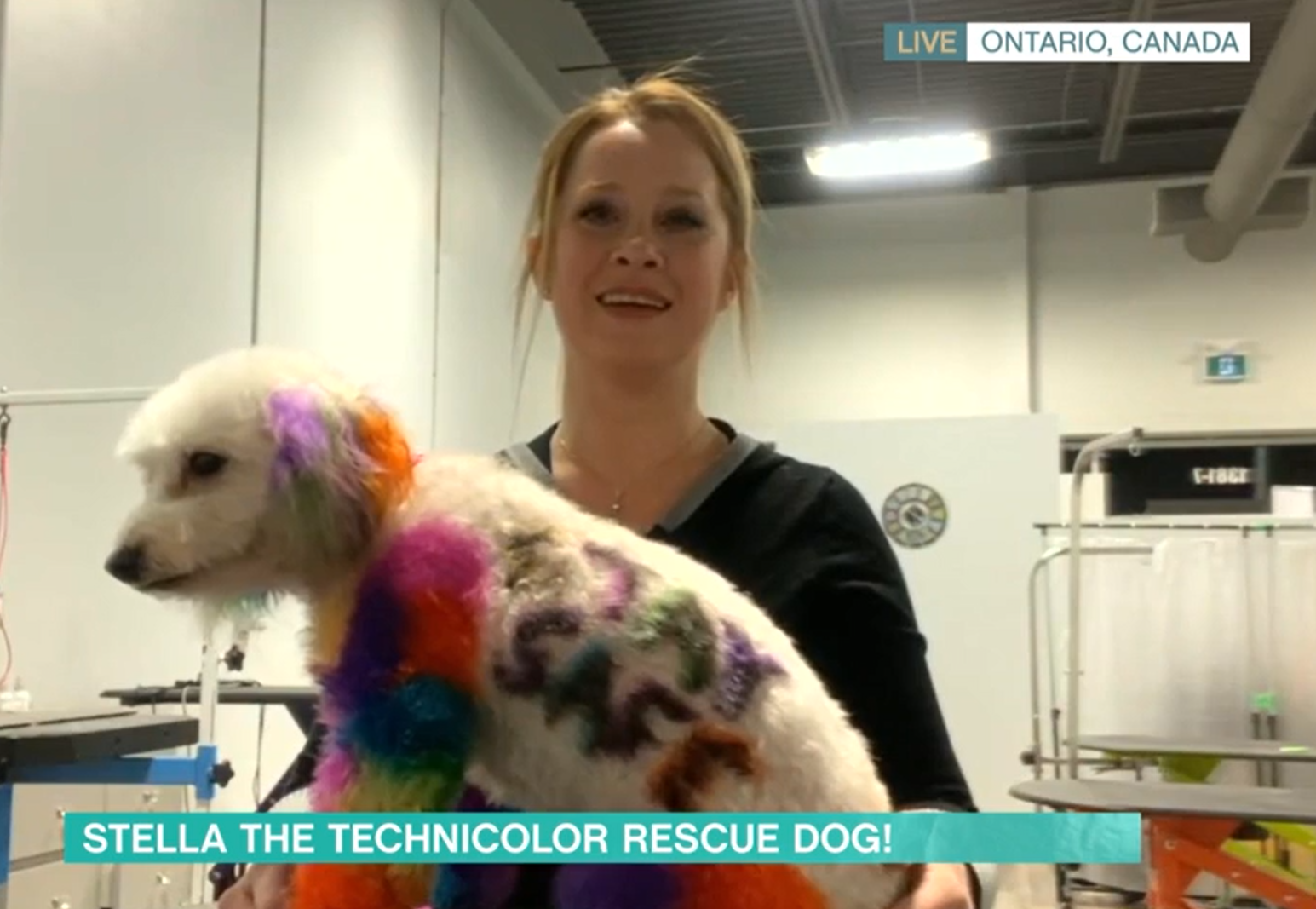 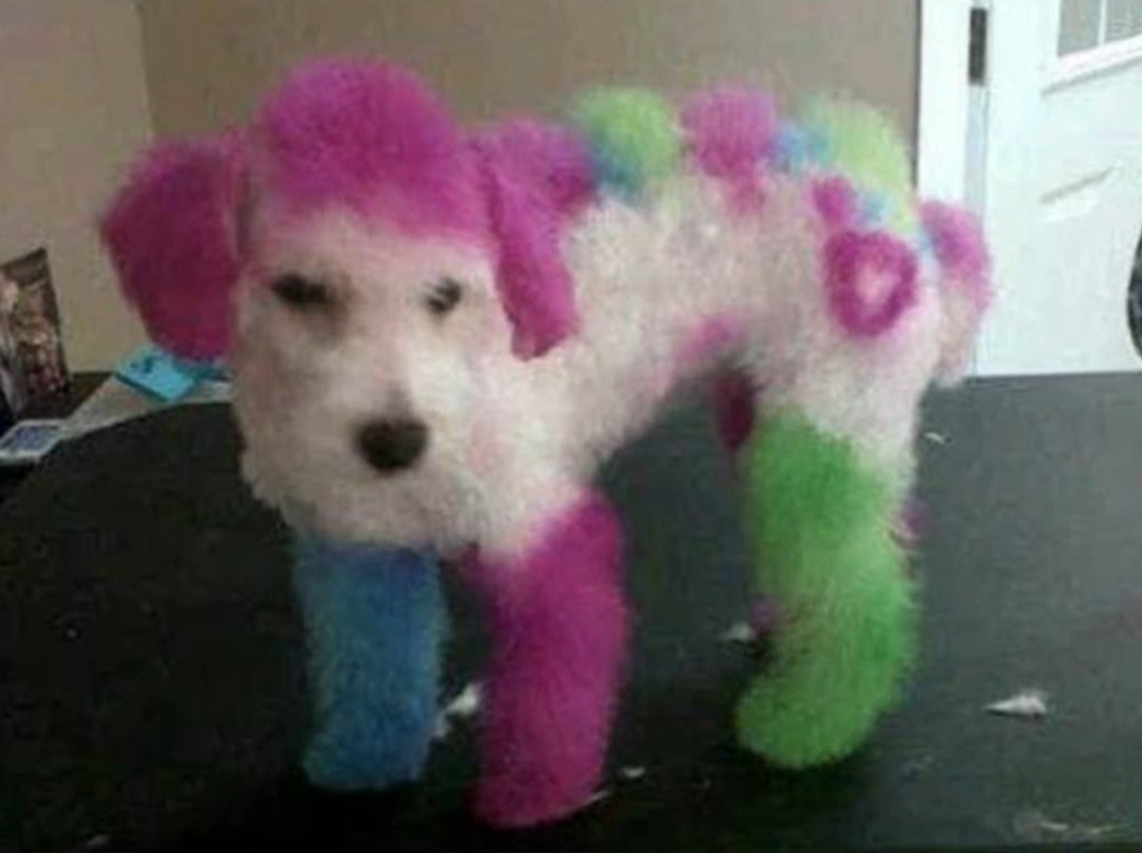 "We shaved it off, it grew out, and she just laid in her bed and moped and was very sad so we decided to dye her again.

"As she's so shy it really brings her out of her shell – I don't know if it's the attention or if she feels really good about it."

A photo of Stella dyed especially for Nicole's wedding day then flashed up – with Holly unable to hide her shock as she saw the neon pink pooch. 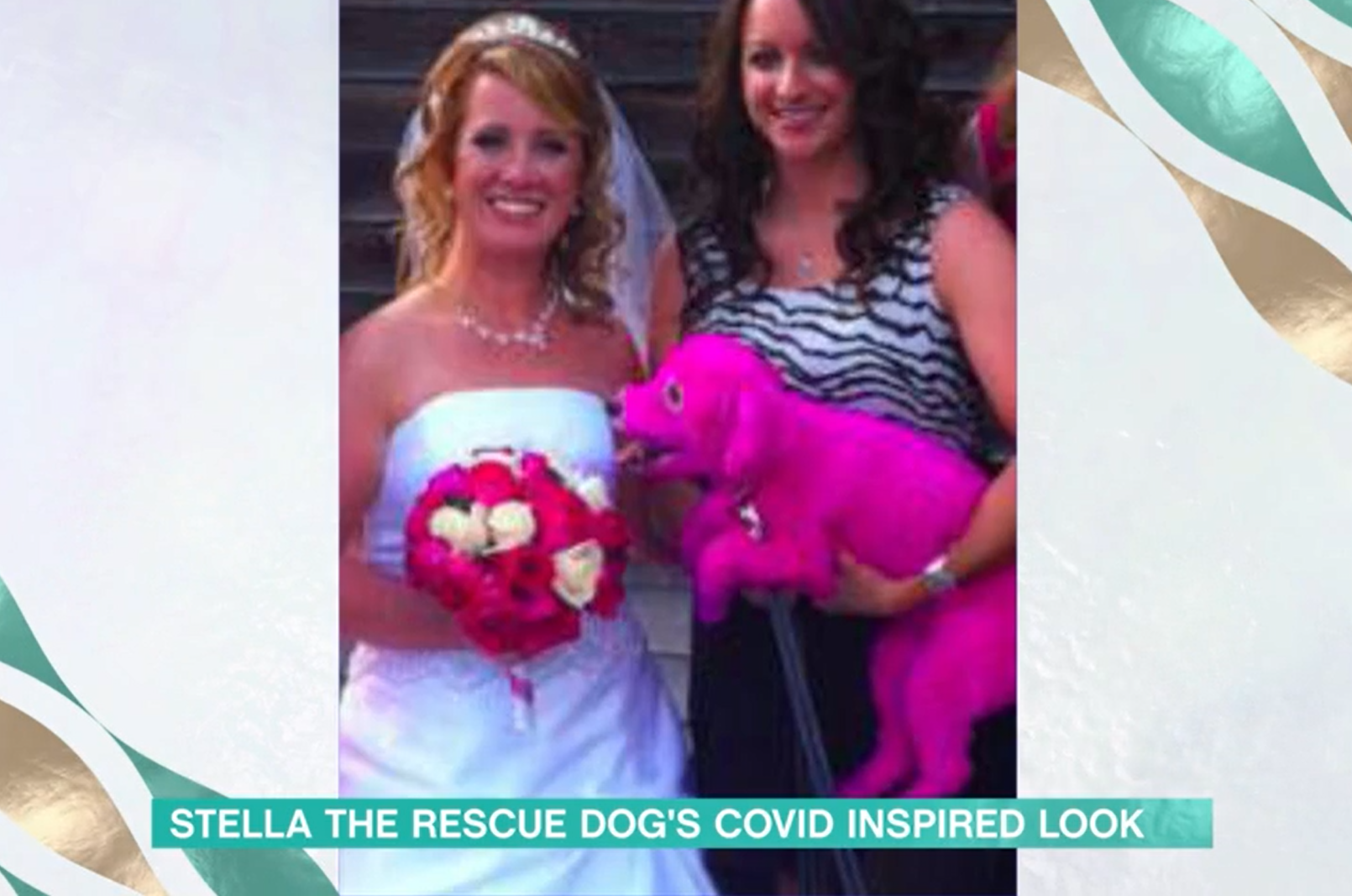 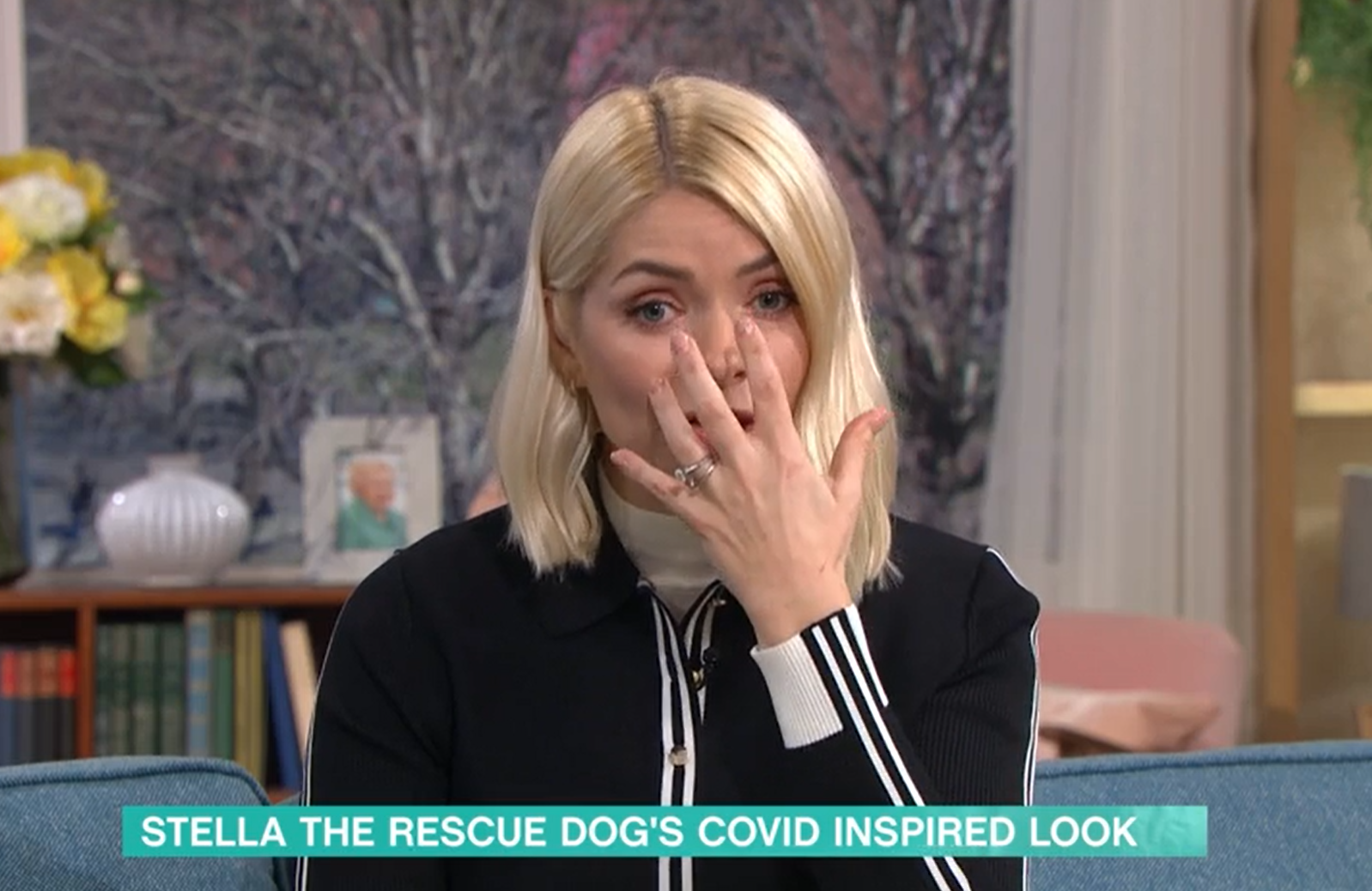 The presenter asked how the dye could be safe for Stella when it is so close to her eyes, with Nicole insisting: "Because she loves it she is super still.

"There is a little bit of white left around the eye and then you also put mineral oil in the eye to protect it but she's so still it's very safe for her."

This Morning fans were outraged by the scenes, and did not believe Nicole's claims that Stella enjoys the treatment. 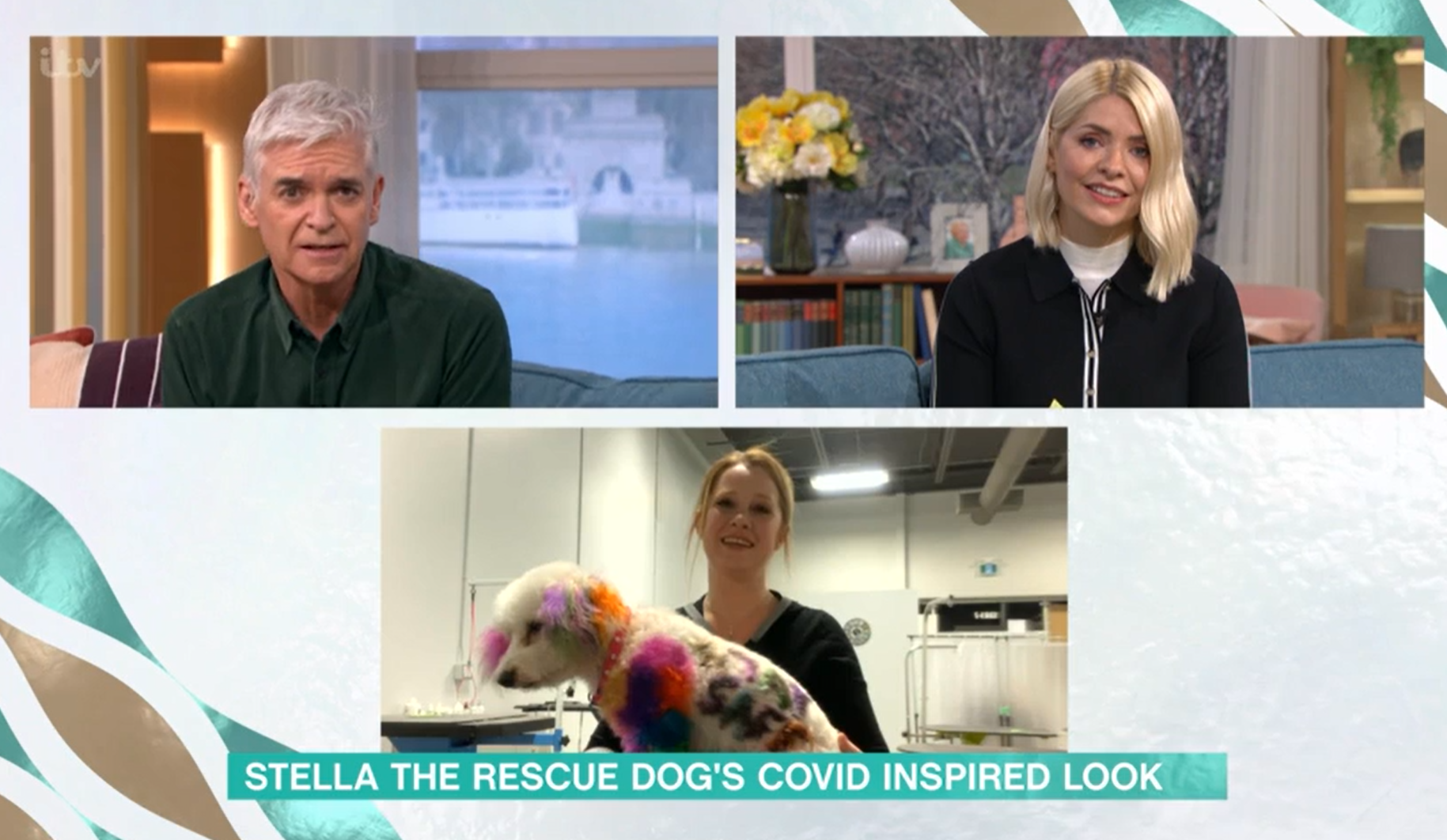 One tweeted: "NO NO NO THIS IS CRUELTY POOR DOG".

Another agreed: "Poor dog! This woman should be banned from owning one."

One more wrote: "The poor dog on #ThisMorning, how on earth does dying her fur make her happy?? It's animal cruelty!!"