Social distancing and self-quarantining can get lonely, but a little Beyoncé just might be able to help with that. A virtual watch party for the singer’s Homecoming documentary on Netflix is scheduled for tonight—Wednesday, March 18—at 9 p.m. eastern. All you have to do is watch the film at that time and join the conversation on social media using the hashtag #HOMEcoming.

The idea was sparked by Netflix editorial manager and Beyhive member Jasmyn Lawson, who tweeted the proposal on Sunday. “Can we all watch Homecoming as a group some time this week and relive that again???” she wrote at the time.

Moments later, she set the date and time. “Alright, let’s do this thing! How’s Wednesday at 6 PM PST (9 EST)??? We can use the hashtag #HOMEcoming.” After that, news spread quickly on social media and was picked up by news outlets like Billboard and Essence. Even Beyoncé herself retweeted the announcement. 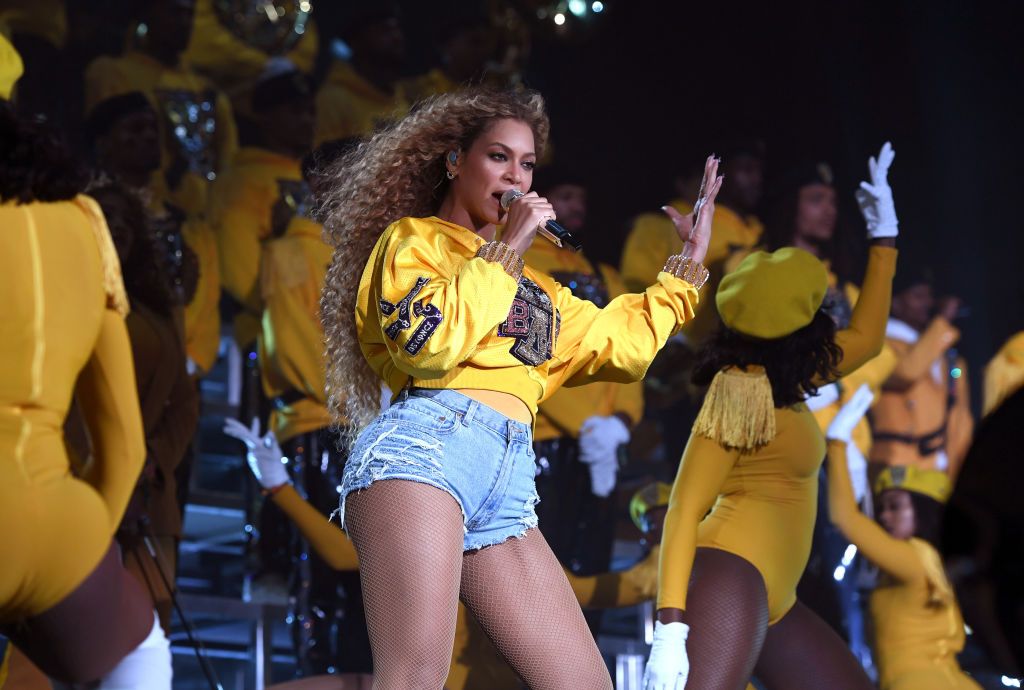 Homecoming, which offers an intimate, behind-the-scenes look at Beyoncé’s seminal 2018 Coachella performance, first debuted on Netflix on April 17 last year. The project gives viewers a look at the rigorous rehearsal schedule, meticulous planning, and strict training Bey undertook to pull the set together. It also offers a rare glimpse at the superstar’s family life, including footage with husband Jay-Z, daughter Blue Ivy, and twins Rumi and Sir.

And because Beyoncé is a woman of many surprises, she also released a live album from the Coachella performance, so fans could listen to her set during their commutes (or, for now, while working from home).

In addition to giving Beyoncé fans some solidarity during a time of self-isolation, the Homecoming watch party also, in a small way, fills the hole left by Coachella this spring. The annual festival has been postponed for later in the year due to coronavirus concerns.