Home » TV & Movies » 'The Wheel of Time': Are Moiraine and Siuan Lovers in the Books?

Prime Video’s The Wheel of Time ramped up the stakes in its latest episode, but the TV series also took some time to focus on romance. And no, it wasn’t Lan (Daniel Henney) and Nynaeve’s (Zoë Robins) blossoming feelings making fans swoon this time. In fact, The Wheel of Time Episode 6’s relationship may have come as a surprise, even to fans who have read the books. Were Moiraine (Rosamund Pike) and Siuan (Sophie Okonedo) involved in Robert Jordan’s best-selling fantasy novels?

[Warning: This article contains spoilers for The Wheel of Time Episode 6.]

The Wheel of Time Episode 6 sees the arrival of the Amyrlin Seat, the powerful leader of the Aes Sedai. Once a member of the Blue Ajah, Siuan has come a long way since joining the organization. However, she’s maintained a soft spot for the woman she entered the sisterhood with.

And after watching the latest installment, it’s clear Siuan and Moiraine’s feelings for one another extend beyond friendship or duty. Although both of them put their responsibilities first and foremost, they’ve been sneaking time together over the years. Their expressions alone suggest they’re in love with one another, and both dream of a future where they can simply exist free of their other commitments.

Sadly, the events of episode 6 make that wish seem more and more unlikely. With Moiraine exiled from the White Tower, it could be a while before fans see the pair together again. But how much of their relationship is drawn from The Wheel of Time book series?

Are Moiraine and Siuan lovers in ‘The Wheel of Time’ books?

Although Moiraine and Siuan don’t share any explicitly romantic scenes in The Wheel of Time books, Robert Jordan does allude to a more intimate relationship between the two characters. In particular, the prequel novel, New Spring, features numerous lines that could be interpreted in such a way.

As Den of Geek points out, the late author often refers to the two women as “pillow friends.” That would be a strange way to describe anyone who wasn’t sharing a bed together. And the outlet goes on to quote one of Jordan’s old blog posts, where he clarifies the meaning of the term:

“Pillow friends are not just good friends. Oh, they are that, too, but they also get hot and sweaty together and muss up the sheets something fierce.”

With Jordan’s words in mind, it seems The Wheel of Time TV series is simply expanding upon what’s already there rather than adding an entirely new relationship. Even so, the scenes between Siuan and Moiraine have reignited conversations surrounding the latter’s sexual orientation.

Is Moiraine a lesbian or bisexual in the books? 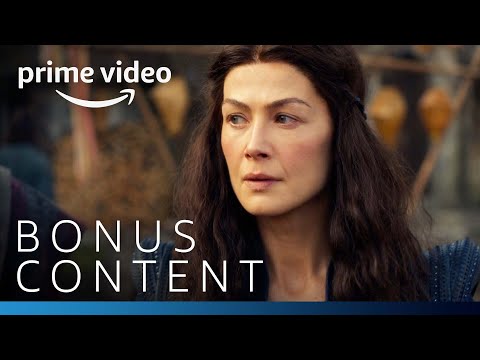 Even before The Wheel of Time Episode 6 dropped, fans have often wondered about Moiraine’s sexual orientation in the books. Jordan’s words seem to confirm she’s interested in women, but the novels also see both her and Siuan engaging in relationships with men. So, is Moiraine bisexual, a lesbian, or something else?

During an interview with TVLine, Rosamund Pike delved into the discussions surrounding her character’s sexuality. She didn’t give a clear-cut answer, but instead admitted there’s plenty of room for interpretation in New Spring:

“It’s the backstory where we have that story I told you about, with Gitara Moroso, the woman at the White Tower who had the vision. We see [Moiraine] and Siuan training, we see her bond Lan, how those two met. And there’s this line that fans have a lot of discussions about, which is that Siuan and Moiraine were ‘pillow friends.’ And what is the meaning of that? And there’s lots of debate about: Is Moiraine bisexual? Is she a lesbian? There’s a lot of room for discussion.”

In the end, The Wheel of Time probably doesn’t need to define Moiraine’s sexuality — especially in a world where such labels likely don’t exist. However, it is nice to see the fantasy series embracing same-sex relationships on-screen rather than just hinting at them.

The Wheel of Time is currently streaming on Prime Video.