THE Weeknd appeared unrecognizable while he was dressed up in costume for Halloween as Don Vito Corleone (played by Marlon Brando) from The Godfather films in his shocking photos. 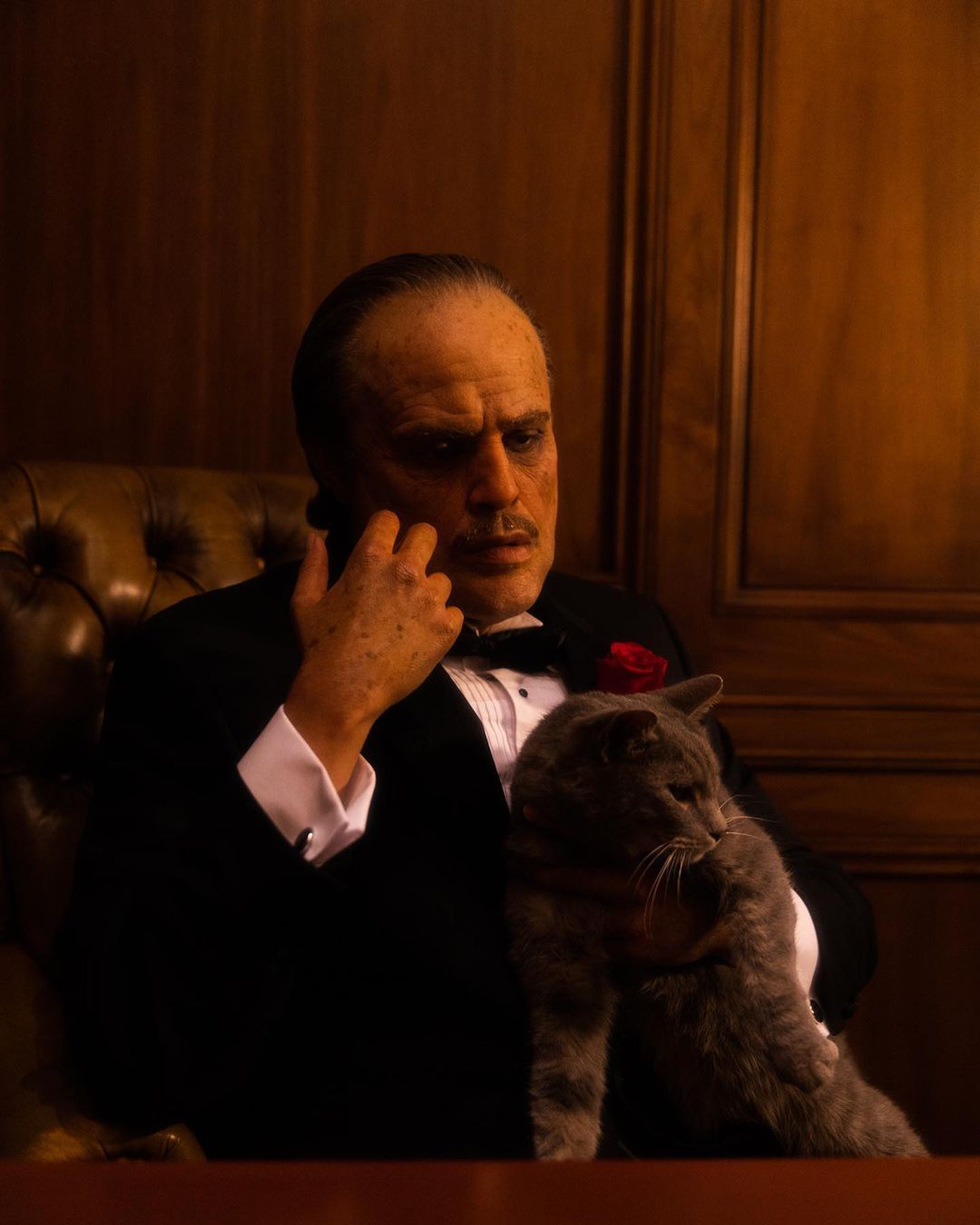 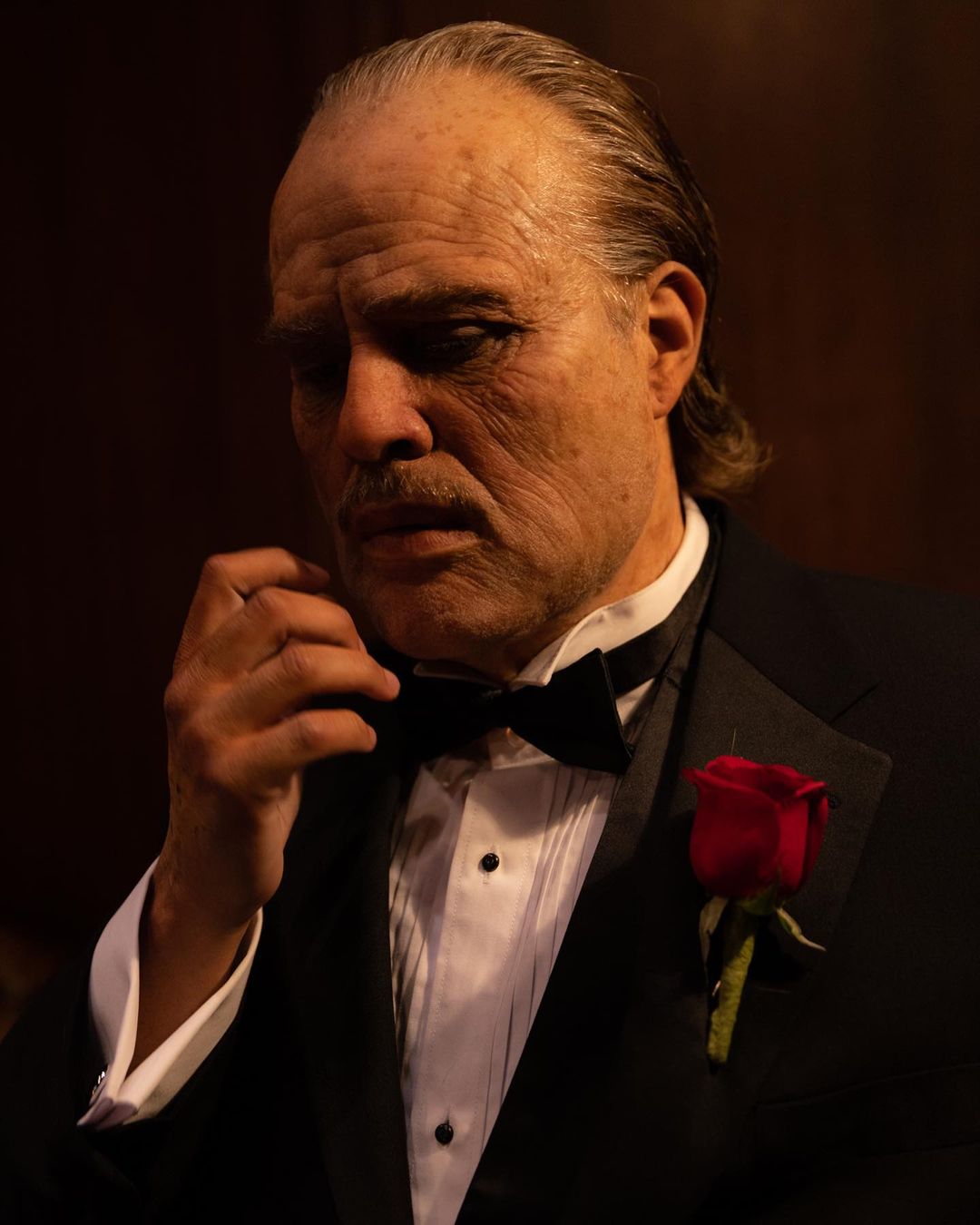 The Weeknd, also known as Abel Makkonen Tesfaye, 31, transformed himself into "The Don" for Halloween.

In the crime drama, Don Corleone was a prolific mob boss who saw his empire threatened by the criminal competition.

In the short clip, the music star touched the fake prosthetic on top of his head and scratched his chin with his hand.

The iconic music by composer Nino Rota played in the background.

In the snapshots, the music star wore the black tuxedo and black bow tie, along with the red rose in his picket, just like in Francis Ford Coppola's classic film.

A fan stated in the comments section: "The Weeknd takes Halloween to next level every year."

This was not the first time the Weeknd had undergone an extensive makeup transformation.

Back in January, The Hills artist showed off his facial features from his extreme “plastic surgery” for the Super Bowl commercial.

The shocking commercial aired before his Pepsi halftime show.

The interviewer asked her: “Your kids are at the age where they have opinions. So I have to know: were they more excited that you were in the Eternals?

"Or that you are friends with The Weeknd?”

Beck in September, the Uncut Gems actor and the Girl, Interrupted actress reportedly had "dinner together" at the Los Angeles Italian restaurant, Giorgio Baldi, according to The Daily Mail.

The two supposedly spent about two and a half hours at a private section inside the restaurant.

Though they reportedly arrived at the eatery separately, she walked out with him and hopped into a black SUV that was waiting for them.

Angelina wore a black double-breasted trench coat and carried with her a Yves Saint Laurent purse.

The Weekend sported a black jacket with skinny jeans and boots.

Back in July, the two were "spotted on another secret date at Mustafa's private concert LA," according to Instagramer Deuxmoi.

At the beginning of July, Angelina appeared to be on a romantic date night with the musician in Los Angeles back again at Giorgio Baldi.

The two reportedly spent hours at the restaurant, before leaving the building separately.

The Tomb Raider star and her ex Brad Pitt, 57, divorced in 2019, but the former couple is still locked in a tense custody war over their children. 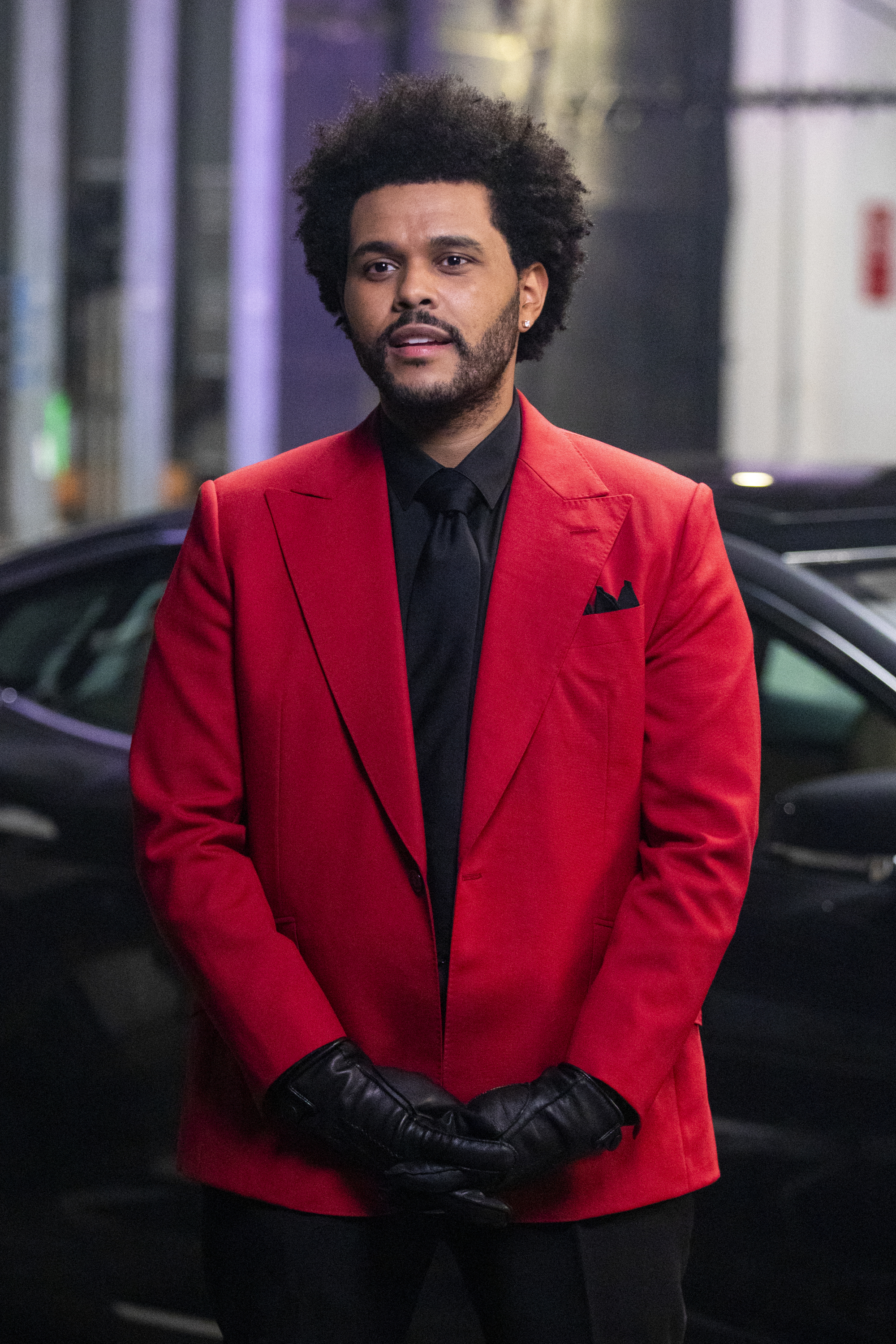 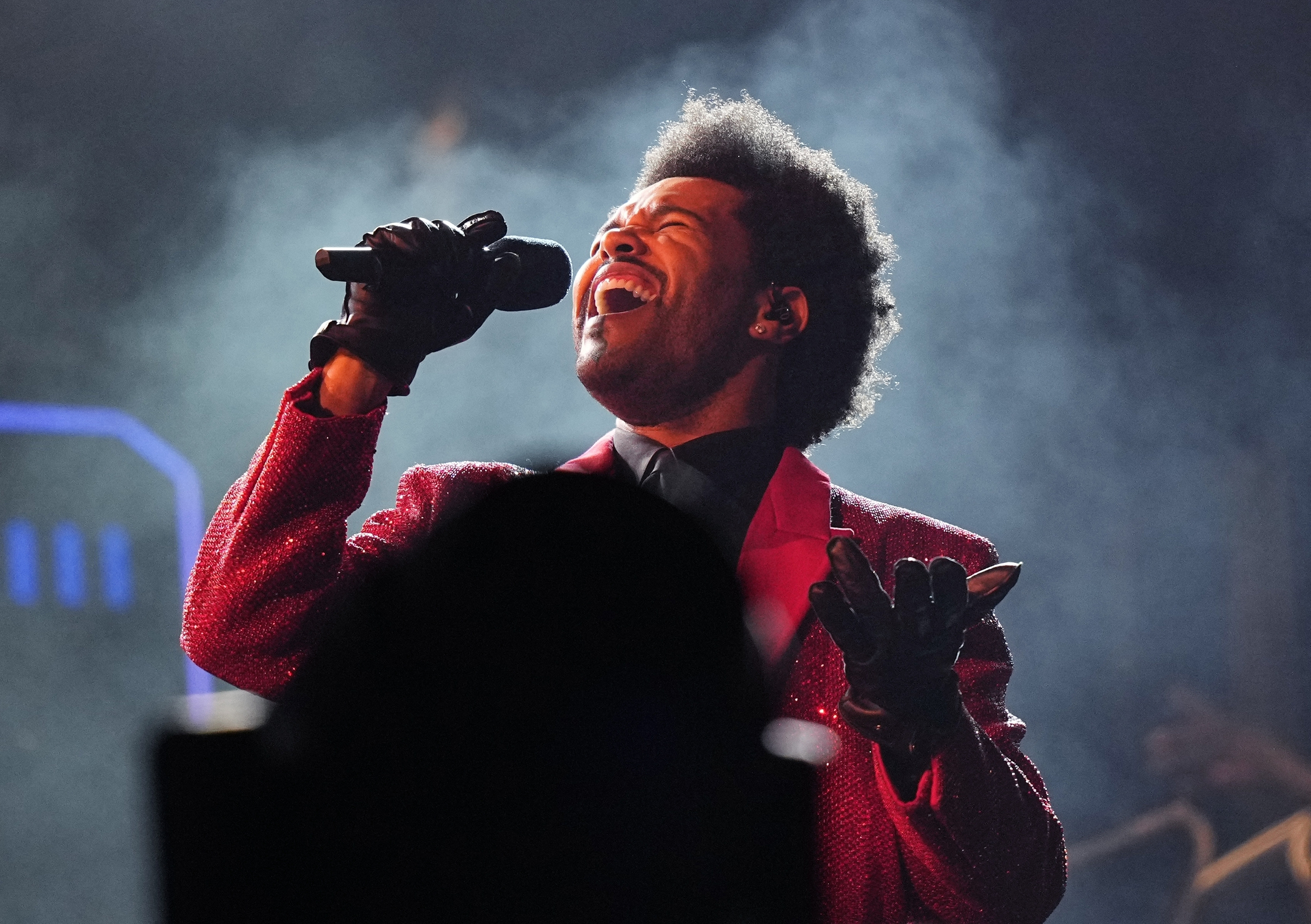 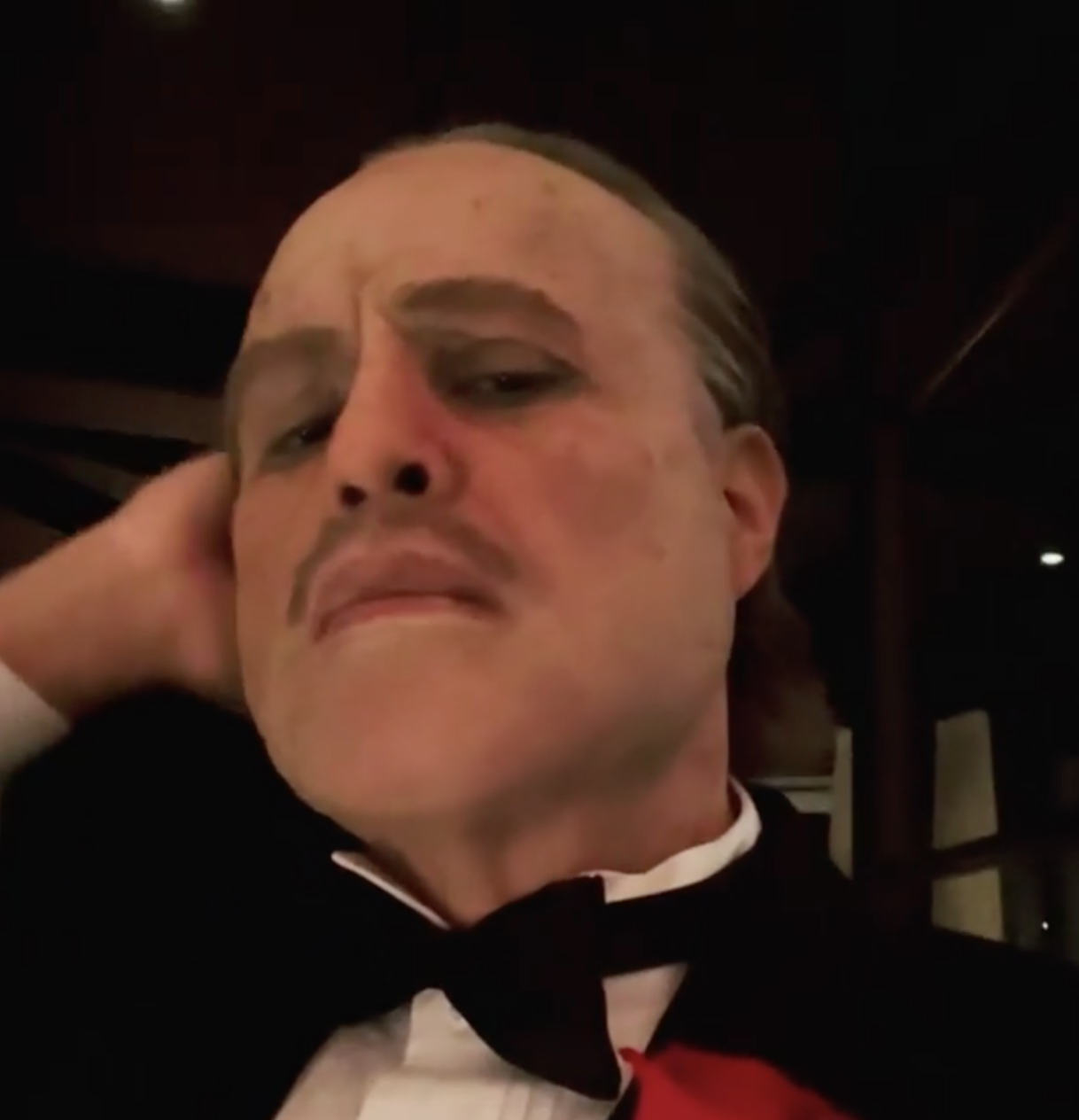