“On the heels of someone who can offend people four times in a sentence, picking on an extinct homosapien seems like pretty safe ground,” Sara Haines jokes 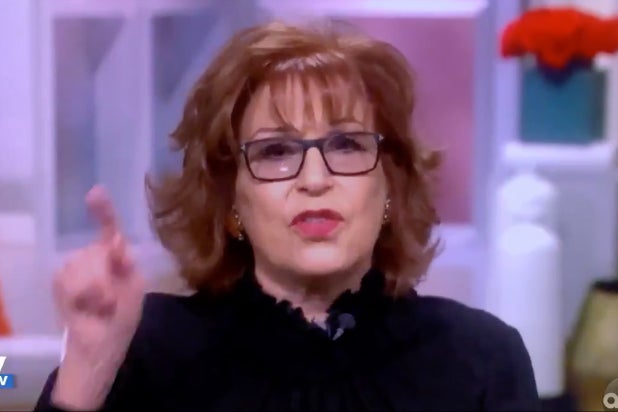 On Friday’s episode of “The View”, the co-hosts couldn’t help themselves from mocking the GOP for their outrage over President Biden’s use of the term “neanderthal thinking.” Joy Behar showed a clip of President Biden responding to Texas and Mississippi rolling back COVID restrictions, saying that “the last thing we need is neanderthal thinking that in the meantime, everything’s fine, take off your mask. It still matters.” She then followed it up with a clip that showed GOP Senator Marsha Blackburn taking offense to the term — proclaiming Republicans were called neanderthals for their actions.

“Is it a win to just get Republicans to admit that evolution exists?” Behar cracked as she turned to her co-hosts for their thoughts.

“All the pearl clutching over language is really something to me when you have four years of someone speaking in the lowest of terms, debasing people and degrading people,” co-host Sunny Hostin replied. “It is, quite frankly, neanderthal thinking to take all of these restrictions away, to take all these mask mandates away, to not listen to the government and not listen to the science, most importantly. I think he actually put the term kind of nicely.”

“She’s also someone who has been very vocal about denying evolution, so I found it fitting that she used that. I just feel like this is an example that shows there is not much to pick on if it shows the words we’re parsing,” Sara Haines added, after having a good laugh at Blackburn’s complaints. “They spend a lot of time showing how old Biden is — well, you’re going to get words like slacks and ornery and neanderthal.”

“I think that on the heels of someone who can offend people four times in a sentence, picking on an extinct homosapien seems like pretty safe ground for me,” she continued.

Watch the clip below.