You might think that Pauly Perrette’s “NCIS” character Abby Sciuto didn’t have a squeamish bone in her body. After all, the heavily caffeinated goth’s job as a forensic scientist called for her to deal with grisly evidence like brain matter, blood, and bugs that had been inside dead bodies. However, during the first season of “NCIS,” viewers learned that Sciuto had a phobia of autopsies.

As it turns out, Perrette has quite a few phobias of her own, and she’s not the only celebrity who has spoken about the things that she fears most. Some of Hollywood’s strangest phobias include Kylie Jenner’s intense dread of perfectly harmless butterflies, Oprah Winfrey’s deep-seated aversion to chewing gum, and the terror Taylor Swift feels when thinking about sea urchins. “They’re like a grenade,” the singer said on “The Ellen DeGeneres Show.”

While it’s nice to know that stars can be scared of random stuff just like the rest of us, certain phobias of the rich and famous aren’t exactly fun to live with, and Perrette has a handful that prevent her from doing certain things. According to the NHS website, phobias can also be “linked to a frightening event or stressful situation.” This appears to be the case when it comes to Perrette, who has suggested that hers stem from PTSD. Read on to learn more about her biggest fears. 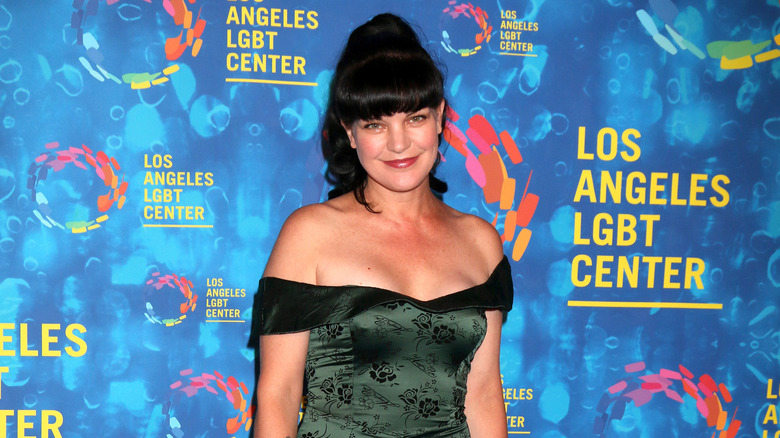 Pauley Perrette might be an actor, but she’s not comfortable being inside a theater. In 2019, she took to Twitter to reveal that she didn’t get to see the movie “Crazy Rich Asians” when it premiered because of her theatrophobia. During a 2015 appearance on “The James Corden Show,” she said that she hadn’t stepped foot inside a movie theater in two decades. She also told Corden about her extreme fear of a common household appliance. “I’m terrified of ovens and I don’t own an oven,” she said. She is okay with microwaves, but seems to stick to eating takeout mostly. “I AM AN AWESOME COOK! I’m an Alabama girl! I just DON’T cook. I order. I don’t have an oven/stove,” she tweeted in 2017. In another ironic twist, she used to own a bakery in Manhattan called Donna Bell’s Bake Shop.

You’ve probably heard a lot of people say that they’re deathly afraid of clowns, but Perrette is terrified of another class of performers that are popular at children’s birthday parties: magicians. “It’s all about deception; it’s all about foolery,” she explained. “And I can feel them coming from like a mile away.” On Twitter, she listed walls painted blue and stages as two more phobias that she suffers from. “Phobias are irrational fears, so I can’t rationalize/explain them, but they are crippling,” she tweeted in 2011. “Feel for all that have them.” 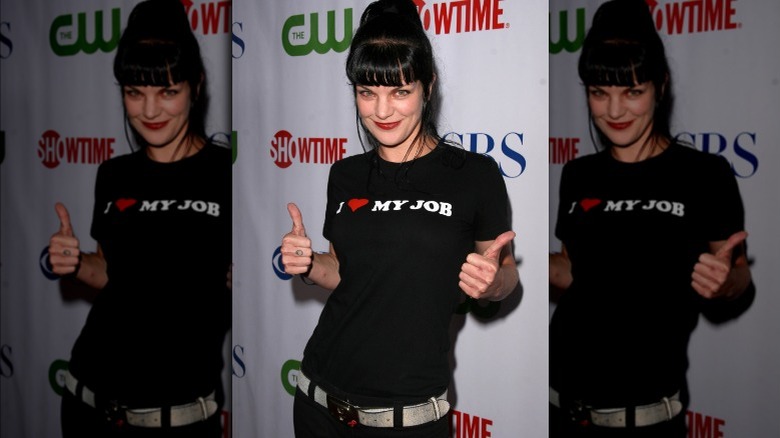 Pauley Perrette told James Corden that magicians are one of her “bigtime” phobias, but there’s something that she’s even more deathly afraid of. In 2011, whatever it is threatened to turn her into an insomniac. “Just came FACE TO FACE with my BIGGEST Phobia (not saying what it is),” she tweeted. “We’ll see if I ever sleep again.” Perrette has revealed that her mysterious phobia is so crippling that she “can’t even type the word,” and she doesn’t want anyone to know this info, anyway. Bugs can be crossed off the list of possibilities, as she once tweeted an apology to people with entomophobia after sharing a picture of a massive roach she named Duke. And Perrette’s many tattoos are evidence that she’s A-okay with needles.

During a 2015 appearance on “The Queen Latifah Show,” Perrette talked about why she keeps the big one a secret. “People don’t understand that they’re really, really serious, so you’re not allowed to know that. You’re not allowed to know what it is,” the “Fear” singer stated. She further explained that she’s okay with people knowing that she’s afraid of theaters because “You can’t come throw a movie theater at me.” So maybe a phobia of people using your phobias against you is also a thing?