THE TALK’S Sheryl Underwood has “tension” with new host Natalie Morales and has been “stepping on her moderator role.”

Natalie, 49, joined Sheryl, 57, Amanda Kloots, Jerry O’Connell and Akbar Gbaja-Biamila on The Talk earlier this month and has taken over as the show’s moderator. 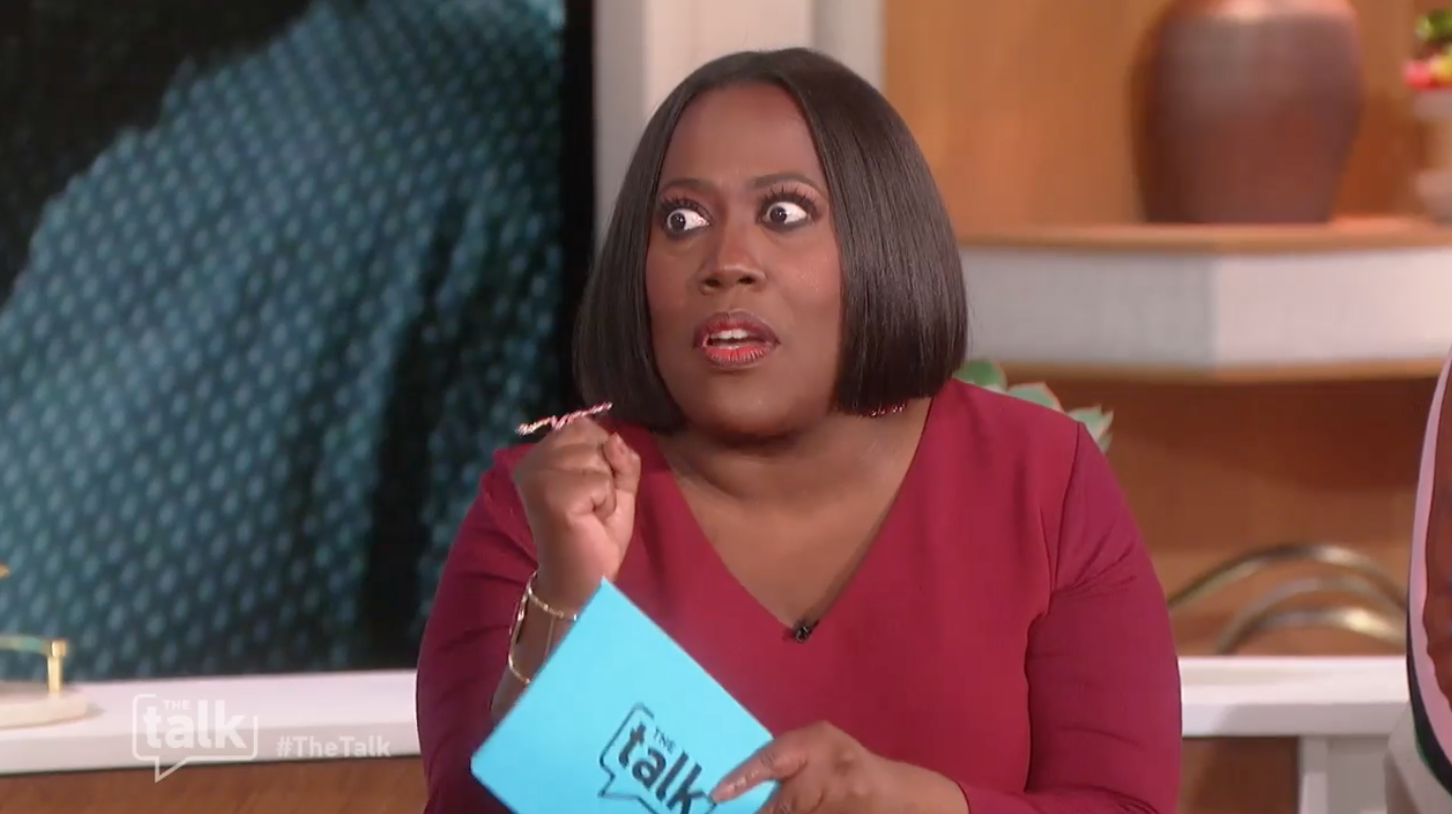 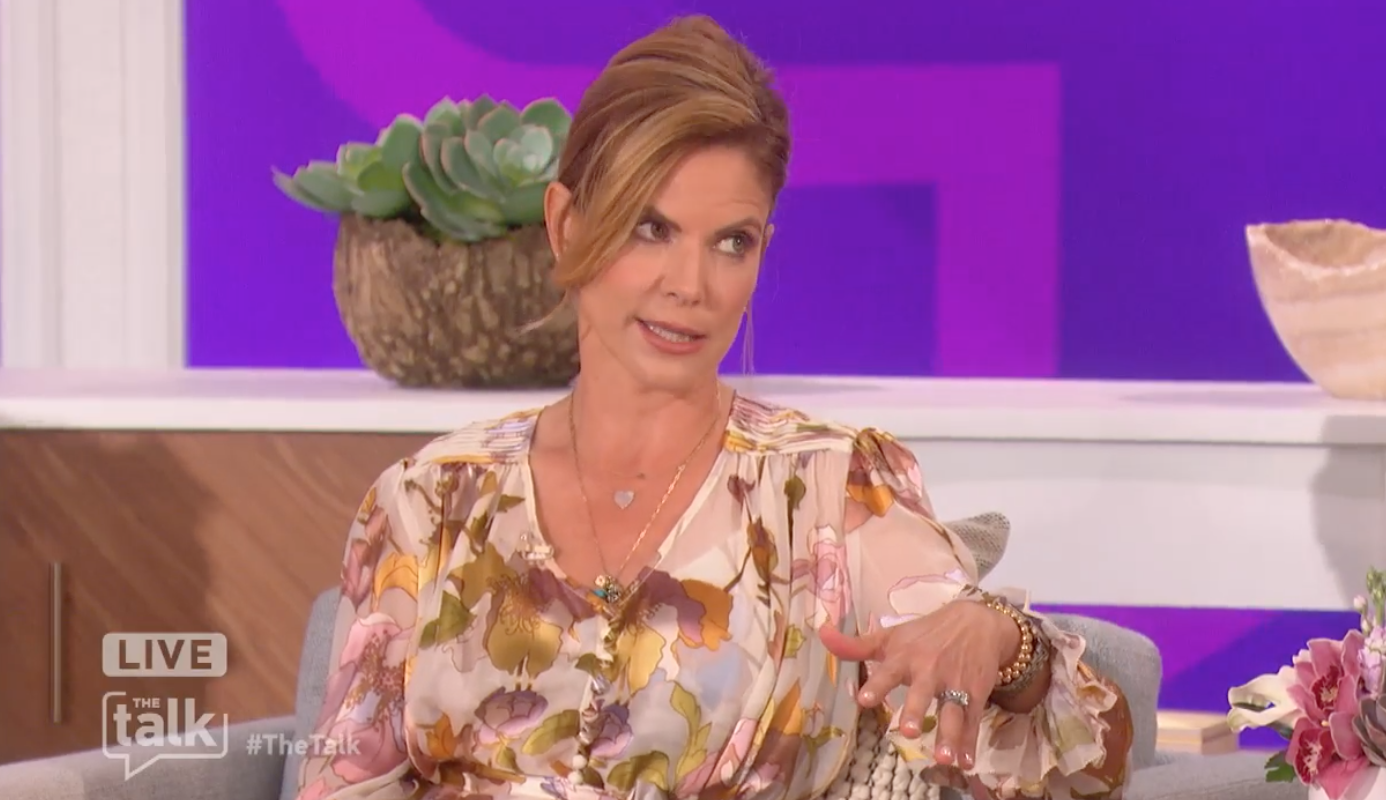 The Sun can exclusively reveal Natalie taking over the coveted role has caused “unspoken tension” between the stars.

A source claimed to The Sun: “Sheryl and Natalie seemingly get along fine, but there is some unspoken tension.

“Since the moderator position has been taken away from Sheryl and given to Natalie, Sheryl can’t help interjecting herself and stepping on Natalie’s role and cueing the other hosts. She asks what about you? Have anything to add?

“Natalie won’t say anything, but you can tell it’s annoying and borderline disrespectful.”

Natalie currently sits in the last seat next to Jerry, 47, with Sheryl in the middle.

The insider added: “It would make more sense for Natalie to have the center seat since she is now the centerpiece of the show, but no one wants to have that conversation with Sheryl.”

As The Sun previously reported, the show has struggled with ratings since the departures of Sharon Osbourne, Carrie Ann Inaba and Elaine Welteroth this year.

But since Natalie joined the cast, ratings have improved weekly.

The source continued to allege: "Natalie is the reason the overall audience is slowly growing. When you’re at rock bottom going up feels so good. Natalie and the new hosts have new stories and new perspectives.

“So many people have said it doesn’t feel like The Talk, it feels like a new show and Sheryl is the only throwback tied to the old show.”

Fans have credited Natalie for saving the show, while calling for the firing of Sheryl.

One wrote on The Talk’s Facebook page: “Natalie is a seasoned professional journalist. She’s doing great interacting with the audience and guests.

“Sheryl is going to get jealous because everybody likes Natalie more and try to concoct a ‘plan’ to get rid of her as well.”

A second said: “How did The Talk score with Natalie Morales!? What a great add! She brings much needed credibility to the show and has such a charismatic personality. She blends in well with Akbar, Jerry and Amanda.

"Now they just need to replace Sheryl and the show can be a hit!!”

A third penned: “Good show today, Natalie and Akbar are excellent additions to the show. I love Amanda, she’s genuine and a beautiful person in and out. Jerry is the needed humor to make the show lighter.

“But I still don’t understand Sheryl’s part in this show, she is totally out place, and she knows it. I think is time for her to concentrate on being a comedian, and not a talk show host.”

The Sun previously reported Sheryl was “blindsided” by Natalie’s addition to the talk show, as she “felt she should have been consulted and kept in the loop out of respect for her seniority with the show.”

The insider continued to allege: “There is so much hoopla surrounding Natalie and so much publicity and airtime devoted to her joining the show.

“Amanda has Dancing With the Stars and is getting lots of attention so that makes Sheryl feel like she's not getting the eyeballs that she wants."

Natalie has also been moderating, as the source continued to claim: “Natalie was the clear choice for moderator.

“Sheryl would love that role and to be the main star of the show, but Natalie is a much bigger name and has earned to be the lead because she brings gravitas, experience and her following from her years at NBC.”

But a separate inside show source told The Sun: "The hosts and show are in a great place right now, everything is clicking creatively and everyone is excited to be working together.”

A rep for Sheryl did not respond to The Sun's request for comment at the time.

In March, original host Sharon Osbourne, 69, quit the show after her on-air fight with Sheryl over her decision to stand by her friend Piers Morgan's criticism of Meghan Markle.

The fight was brought up again when Sharon claimed on The Megyn Kelly Show on SiriusXM that Sheryl was sent to anger management three times for “mistreating producers.”

During the interview, Sharon alleged: “Sheryl had three complaints about her from different producers about the way she treated them.

"They called me and I said, ‘You cannot get rid of Sheryl. There is no way. She can't take that. You just can't do it.’

“So they sent her to anger management. So, it's alright to treat producers that way, but I can't say anything to a co-host.”

The Sun previously reported on Sheryl’s spats with her co-hosts in the past.

A source told The Sun in May that Sheryl and Elaine were “not happy” that Jerry was in negotiations to replace Sharon.

The source claimed: “On camera everyone is lovey-dovey and laughing together, but off camera Sheryl and Elaine have raised some serious concerns.

"Sheryl thinks Jerry is fine for the Men of May month producers planned, but beyond that she feels we are telling the audience that women cannot behave themselves and be friends.

“It's not the narrative Sheryl wants out there and she thinks it would further damage public perception.”

While Jerry, 47, was in Sharon’s coveted middle seat during his time guest hosting, Sheryl began sitting there after he was hired as a permanent host.

A source told The Sun of the seating shakeup: “Sheryl took Jerry’s middle seat, which was the Sharon chair, to send the message that SHE is the star of the show.

“Jerry has a side chair now. Battle of the egos!”

Sheryl also had tension with Carrie Ann, 53, before she took a leave of absence and left the show.

A source previously claimed to The Sun: “Sheryl is thrilled Carrie Ann is gone for now.

“Now Sheryl feels the show can assemble their dream team of co-hosts to give The View a run for their money, instead of the slow walk The Talk has been doing.”

The source continued that Sheryl “loves moderating” the show and "being the focal point of every conversation.”

The source added: “She didn't think Carrie Ann did a good job of leading the show. Sheryl feels she is much more capable and has a more dynamic personality for the job.” 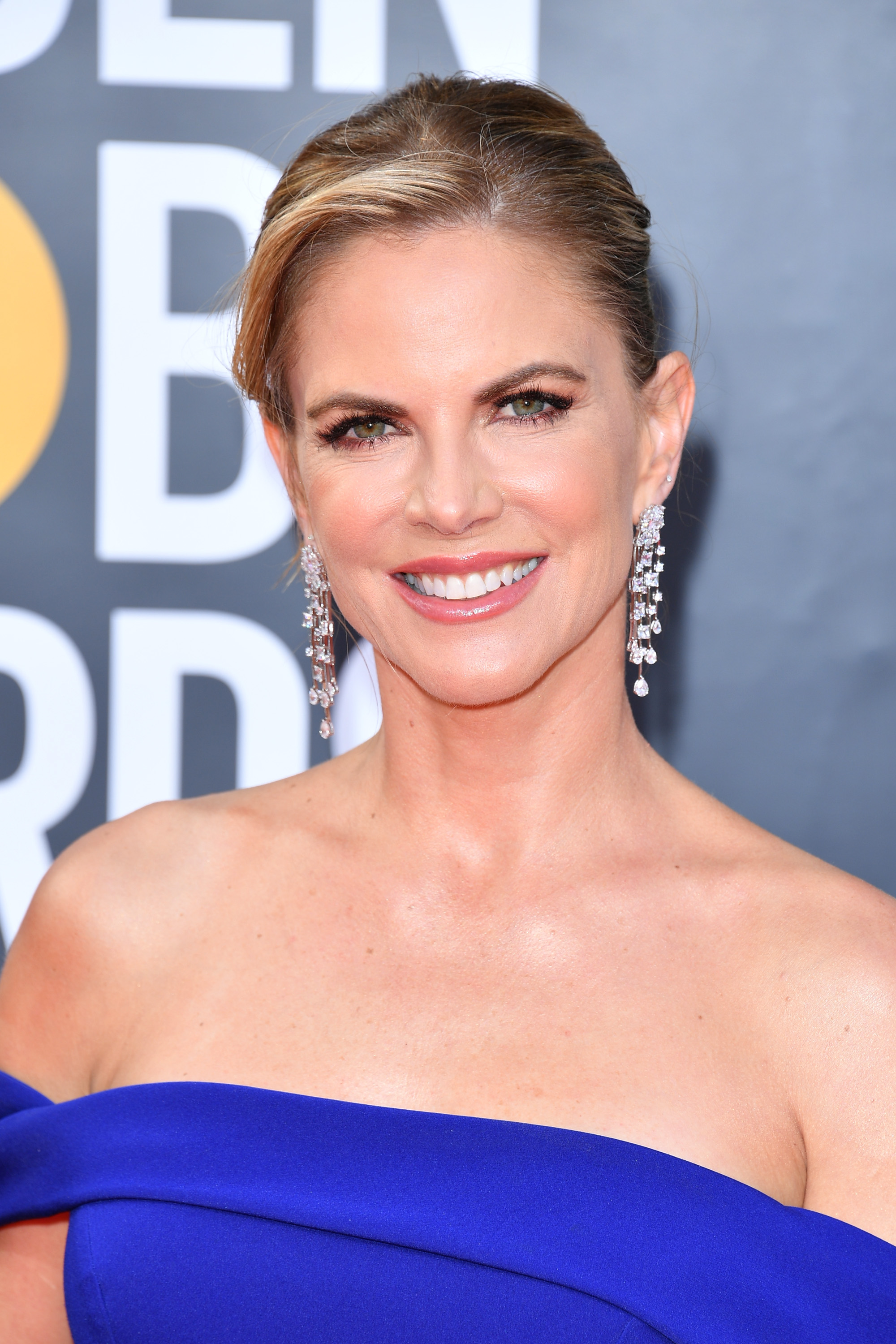 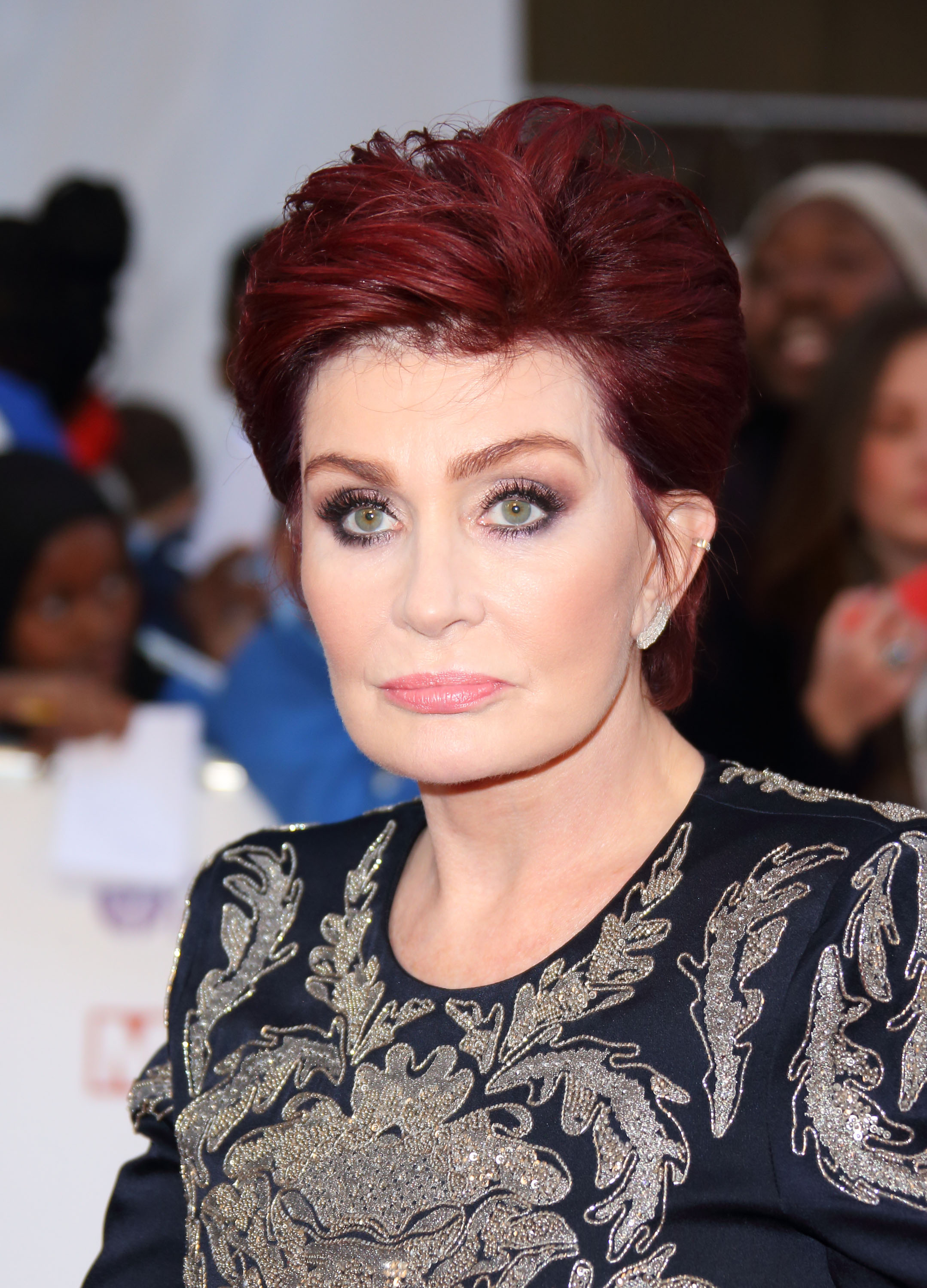 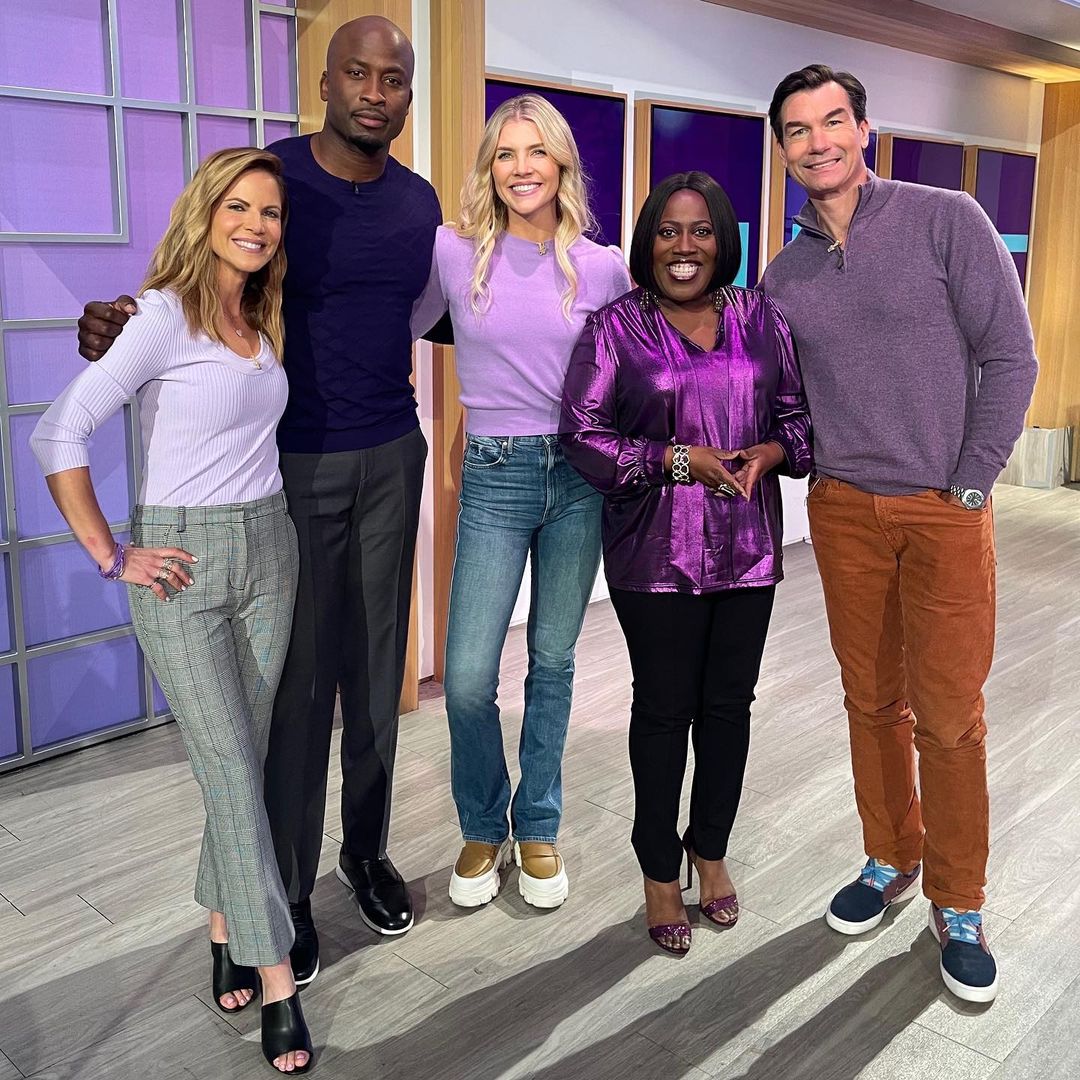