Modern Family may now be over after 11 seasons, but its impact on TV will likely never be forgotten.

When the show started in 2009, it felt somewhat groundbreaking. There weren’t a lot of gay couples adopting babies on screen, and there weren’t a lot of family shows with quite the same tone as the one Modern was offering. That has changed in the years since, and that’s one of the things co-creator Chris Lloyd sees as the show’s legacy.

“I think it may have said that family shows don’t have to be sort of treacly, sentimental, you know, angled more for the kids in the family and not for the adults,” Lloyd says. “We said you can tell stories about family that have a little bit of sophistication to them, a little bit of anger and sadness, and then that they’re not all happy. But you know, we also tried to always have a balance between really funny comic moments and some heartfelt moments.”

He hopes that balance is what people will really remember.

“I think people, when they think back in the show will just as much remember having laughed really hard at Phil or Cam or Gloria, but also to have been touched by moments that felt very real to them, and that might be what might make them want to revisit these episodes at some point in their life.”

Lloyd is proud to have created a show that people wanted to come back to at all, especially for the past 11 years. 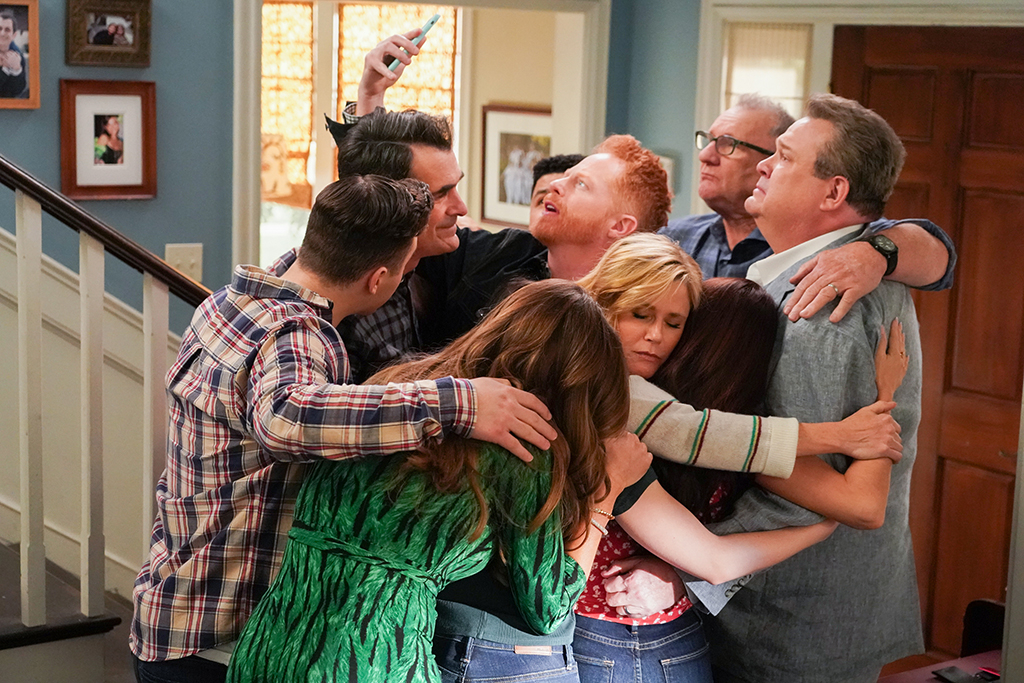 “It’s hard in this era of a million stations and everybody’s watching TV on their phones and our laptops and their devices and their car visors and everything else, with new stuff coming out every day, to have something that lasts for 11 years,” he says. “And that really is that’s a credit to, I have to say our actors, probably more than anything because they’re so interesting and so, so funny and make this world seem really real. But it’s an achievement on their part, on everyone’s part to have kept the show fresh enough that people are still coming back from more after 250 episodes.”

You can catch up on the full final season of Modern Family on Hulu.