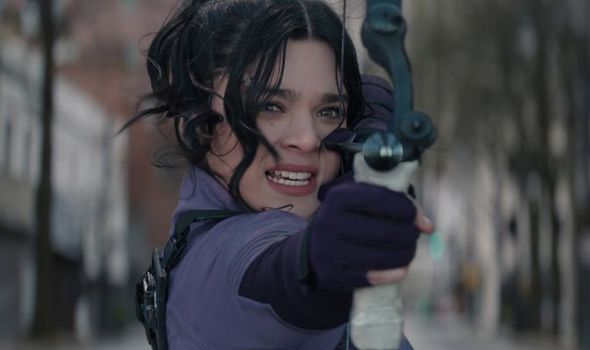 In 2011, Jeremy Renner made his debut in the Marvel Cinematic Universe as Clint Barton, also known as Hawkeye, alongside Chris Hemsworth in the first Thor film. The expert marksman may not have had a lot to do in his initial cameo, but since then he has been a key part of the Avengers and soon he will get to headline his own show on Disney+.

When the first two episodes debut on November 24, Clint Barton won’t be the only Hawkeye we get to learn more about, and you can bet there will be a whole host of surprises in store too.

But if you want to be the one that sounds like they know their stuff when it comes to chatting about the TV show around the office, or if you just want the inside scoop on what you could expect to see on the small screen, these are the comics you could read to get you up to speed.

Early glimpses of the TV series seems to be putting a lot of emphasis on the fact that there are two Hawkeyes, Clint Barton and Kate Bishop, working together to solve whatever crime or beat the big bad.

This relationship between the two Hawkeyes was originally explored to its fullest in the 2013 comic book series, Hawkeye, by writer Matt Fraction and artist David Aja.

We have also seen images of a canine character who is involved in the show, and this looks to be a certain nod to the much-loved character of ‘Pizza Dog’ who was introduced in this series. Even the main piece of promo art for the Disney+ show seems to have been lifted right off the cover to issue #6!

If you want to get to know a little more about Kate Bishop and her exploits as a Private Eye in LA, then this is the series for you.

There’s no guarantee that the TV show will be directly influenced by the comic series, but if we are to see more of Hailee Steinfeld’s Hawkeye in the future then this could be a storyline we see explored.

It is unlikely that any of the Hawkeye Disney+ show will be influenced by the events that happen within the pages of the Young Avengers, but this series does give us our first introduction to Kate Bishop and sees her take on the Hawkeye mantle for the first time.

Some of the other characters that make up the Young Avengers team have already made their debuts in other Disney+ shows (Tommy and Billy in WandaVision, and Elijah Bradley in Falcon & Winter Soldier), so giving this a read might give you an insight into Marvel films and TV shows that are yet to be announced.

Echo first debuted in comics in an issue of Daredevil as a potential villain turned ally. Years later she turns up in The New Avengers disguised as Ronin, a costume that we have already seen Clint Barton wear at the beginning of Avengers: Endgame.

If you want to know a bit more about Echo ahead of her MCU debut, then these are the two stories to look up.

Ok, so this is not a comic book, but it is recommended that you see the Black Widow movie before watching Hawkeye, more specifically the end credits scene.

In it we see Florence Pugh’s character, Yelena Belova, given a reason to track down and confront Clint Barton. It has been announced that Florence Pugh will reprise her role in the Hawkeye show on Disney+, so watching the Black Widow movie will just help to give you an insight into the character and her motivations before she appears on the small screen.