Home » TV & Movies » 'The Great' Season 1 Recap: What You Need to Remember Before Watching Season 2

How far with Catherine go to get what she wants? Season 1 of Hulu’s irreverent, ahistorical dramedy The Great ended with Elle Fanning’s character finally staging the coup against her husband she’d spent almost all season planning. But her attempt to topple Emperor Peter (Nicholas Hoult) and take his throne didn’t go exactly as she planned. Becoming the leader of all of Russia would involve some hard personal sacrifice, she learned in the finale.

Teasers for The Great Season 2 (which drops Nov. 19) reveal that the German-born princess is now Catherine the Great. However, Peter isn’t willing to give up power without a fight, setting up an epic (and likely hilarious) conflict between the two. But before you dive into the new episodes, it might be helpful to remember exactly where we left Catherine, Peter, and the rest of the Russian court at the end of season 1.

In The Great’s Season 1 finale Catherine put her carefully laid plans to overthrow Peter into action. But despite all her preparation, things went awry from the start.

Catherine planned to celebrate her birthday by killing her husband. But Peter — jealous of her feelings for Leo (Sebastian Denis de Souza) — decided to wow his wife by getting her a one-of-kind present: the great philosopher Voltaire, delivered straight from France. Just as Catherine was softening a bit toward her husband, he tried to convince her that Leo had fled the country, leading her to suspect her husband had her lover killed. She flew into a rage and tried to stab Peter, but he easily disarmed her. She ended up locked in her room while her allies continued to play out their roles in the coup.

While Catherine was busy not killing Peter, Orlo (Sacha Dhawan) was also failing in his attempt to kill Archie (Adam Godley). The Patriarch got the upper hand against Catherine’s advisor, beating him with Bible for good measure. Meanwhile, Velementov (Douglas Hodge) moved forward with the palace attack.

Peter learned that Catherine is pregnant 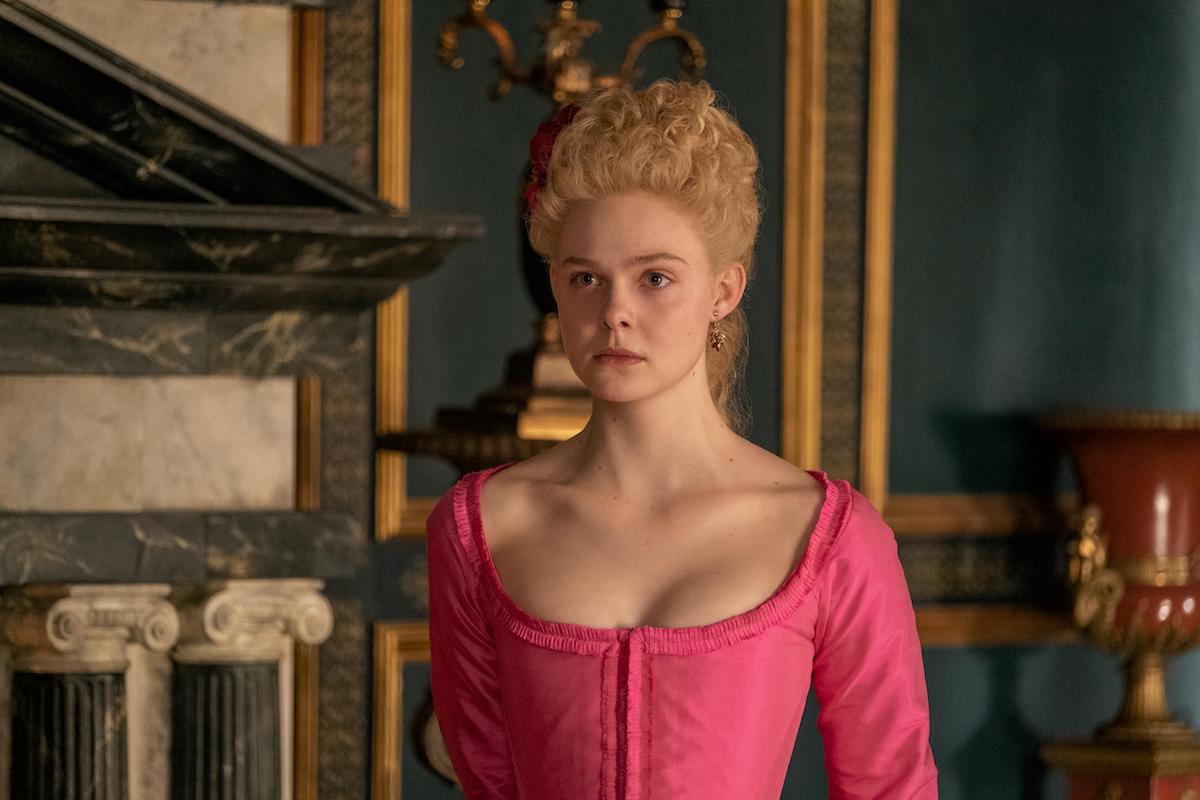 Initially, Peter thought his “firecracker” of his wife attacked him because she was upset about Leo, not because she was deliberately trying to murder him and steal his throne. But then noblewoman-turned-servant Marial (Phoebe Fox) — convinced the revolution had failed and under pressure from her cousin Archie — spilled the beans, both about the coup and the fact that Catherine was expecting a baby.

Peter was heartbroken by his wife’s betrayal. At first, he intended to kill her. She tried to use her pregnancy to her advantage, playing on her husband’s desire to have a son and carry on his family’s bloodline. And she made a case for why he should abdicate, arguing that it would be for the good of the country, and thus what his late father Peter the Great — whom Peter has always struggled to live up to — would have wanted.

Peter had a different suggestion. He had Leo prisoner, and told her that unless she called off her coup, he’d kill him. Catherine folded, having been outplayed by her bumbling but occasionally astute husband.

Is Leo really dead? Will Peter survive ‘The Great’ Season 2?

Catherine agreed to give up her dream of ruling Russia to save Leo. But a conversation with Voltaire made her realize her true love was the country, not the man. All along, she’d been telling her allies they’d have to make sacrifices for their plan to work. Still, she wasn’t quite prepared when the time came for her to make a sacrifice of her own.

Catherine tearfully said goodbye to Leo in the woods. He knew what was coming and appeared resigned to his fate. While we didn’t see his death onscreen, it seems unlikely he’ll be back for season 2. After leaving Leo to face his death, Catherine returned to the palace, where she gave Velementov a signal to continue fighting.

Although Leo’s fate was all but assured at the end of The Great Season 1, Peter’s was less clear. We do know he’s definitely around for season 2. But how long can he survive with Catherine on the throne? The real Peter died under mysterious circumstances shortly after Catherine’s coup, possibly killed on the orders of his wife. But The Great has already wildly deviated from actual historical events, so it’s hard to say exactly what the show will do with his character. But we can expect that the question of what happens to Peter — and how Catherine will adjust to life as both the Empress of Russia and a new mother — will loom large in season 2.

The Great Season 2 is streaming on Nov. 19 on Hulu.