Home » TV & Movies » The Dark Crystal: Age of Resistance: What are the Skeksis names and how many are there? 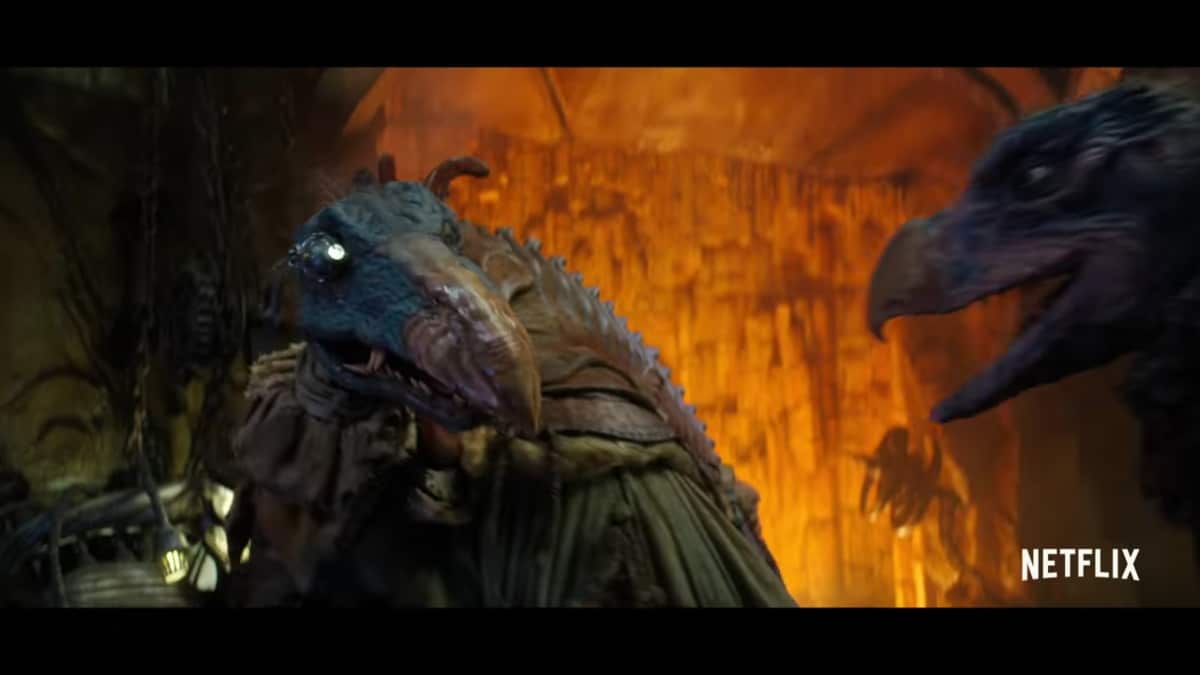 The Dark Crystal: Age of Resistance hit Netflix this weekend bringing back one of Jim Henson’s most ambitious projects from the ’80s.

The series which is a prequel to the original film involves the beginnings of how the Skeksis learned to abuse the “Crystal of Truth” to drain life from Gelfling to give Skeksis’ eternal life. And because there are so many of these evil bird-like creatures, it can get confusing how many there are, plus they look quite similar.

Those who are trying to keep up with the Skeksis names and how many of these evil creatures are in the show, we’re here to help clear things up. Here is the Skeksis headcount plus all the names.

What are the Skeksis?

According to The Nerdist, the Skeksis’ are actually part of an evil dictatorship that gains nearly eternal life utilizing the sun’s light. They rule over the Podlings with an iron will, but the reality of the Podling fate is much darker.

This is thanks to the way the ruler of the Skeksis’ race gained his ultimate power- stealing the inner life of all the Podlings, the Podlings have lost any ability to think for themselves and submit to the will of the Skeksis meekly.

The Skeksis can also control certain animals, using them to spy or even to go to battle with anyone who is brave enough to try to take a stand against them. The Nerdist explains further that the original film which takes place after Age of Resistance, “When their Emperor died—his body literally disintegrating like a falling building—the Chamberlain of the Skeksis expected to assume power. However, he was challenged by another and was bested in Trial by Stone, which required each to strike a large rock.”

This humiliation led him to leave in shame and caused inner turmoil between the Skeksis’ that could destabilize their power forever.

In the original 1982 film, they ran out of Gelfling for acquiring “essence” to maintain eternal life. The Dark Crystal age of resistance involves the beginnings of when they learned they could abuse the “crystal of truth” to live longer. This would be the beginning of the Gelflings fight against the Skeksis’ for their own existence.

What are the Skeksis names and how many Skeksis are there?

While there are more Skeksis’ in The Dark Crystal canon (roughly around 18 or more to be exact) including Save Master, The Satirist and more, for the purposes of this article, we’re going to focus on the ones who appear In Age of Resistance.

Most of the actors voicing these terrible birds are stellar–including Awkwafina and Benedict Wong. But the biggest show-stealer is Simon Pegg as The Chamberlain giving a performance that easily matches the character of Littlefinger from Game of Thrones.

The manipulation and sliminess of Pegg’s role are easily comparable to some of the politicians today. Between his performance and the shockingly high stakes of the story, the Skeksis’ have become iconic villains in their own right.