According to MATH, about 90 percent of The Crown Season 4 is dedicated to Princess Diana and Prince Charles drama—and the other 10 percent is a deep dive into the bleak-yet-fancy lives of the remaining royals, including our forever fave Princess Margaret.

As much as Margaret upholds the snobbery and elitism of the royals, she also spends this season realizing the depths of her own family’s cruelty—helped by her friend, Derek “Dazzle” Jennings. Just like everyone else in the Netflix show, Dazzle was a real person—but The Crown got some things wayyyyy wrong about their relationship. Here’s what ya need to know about the *real* Derek Jennings.

First Up, He Was Fully a Fixture in London Society

Just like we learned on The Crown, Dazzle’s circle of friends—including Princess Margaret—was surprised when he decided to join the Catholic Church, but he remained a beloved part of London society. As RadioTimes notes, his obituary paints a pretty good picture of just how adored Dazzle was:

And Yes, Margaret Had Feelings for Him

According to The Crown, Margaret had a crush on Dazzle—and judging from Noel Botham’s book “Margaret: The Last Real Princess,” this appears to be true: 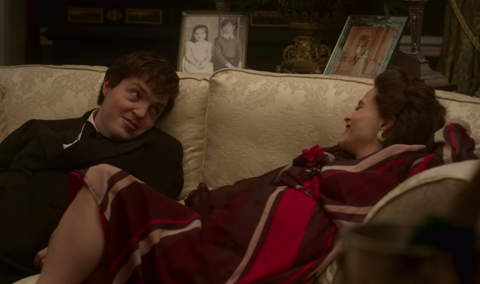 So…What did The Crown Get Wrong?

Kind of a lot! For starters, there’s no evidence that Dazzle actively pressured Princess Margaret into converting to Catholicism. On top of that, there doesn’t seem to be any evidence that he visited Margaret’s secret cousins on her behalf. But even more significantly… 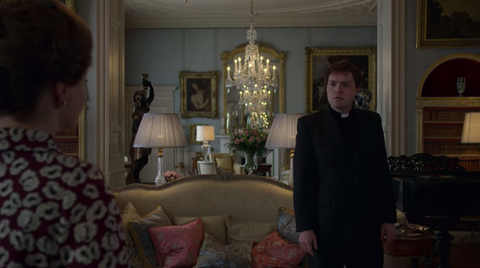 The Crown shows Margaret ending her friendship with Dazzle, but Reverend Richard Coles wrote in his biography that the two remained close—and that Margaret even visited Dazzle on his deathbed. So yeah…gentle reminder that The Crown is fiction, not fact!