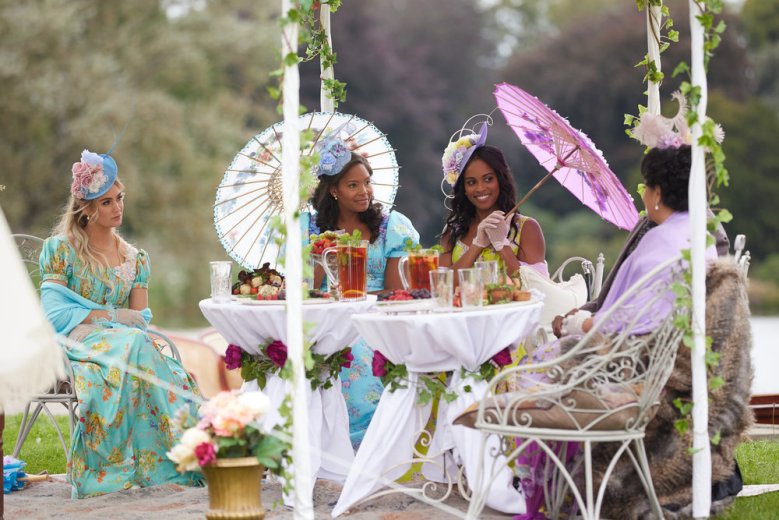 It was important that Remy — the show’s “heroine” who must choose between a brace of “suitors” with the help of family, friends, and an Englishman in Oxfords acting as the host/master of ceremonies — have a strong, and often the most contemporary look, Rogers said. She is both protagonist and audience surrogate; everything that’s done for her pleasure and enjoyment, after all, is also done for ours. At the weekly “farewell dance” where suitors are eliminated, it’s important that Remy’s look is more modern than the world of chamber musicians, footmen, and carriages around her. Rogers said a lot of that is down to how the visual language of period dramas has changed over the last couple decades, becoming more vibrant in its colors, patterns, and textures.

Rogers pointed out period films and series from the last couple decades – from Austen adaptations like “Pride & Prejudice” to steamier fare like “Poldark” – stayed relatively simple when it came to the color and texture of their costumes. “It’s all quite fuddy-duddy and very kind of plain — cottons and linens with a kind of muted palette,” Rogers said. Those movies are also, it’s worth saying, pretty white. “Bridgerton” leads the way for “The Courtship” in the shows’ celebration of a Black woman’s desirability inside the most established trappings of white feminine beauty. “We have to give them loads of credit for what we were doing,” Rogers said. 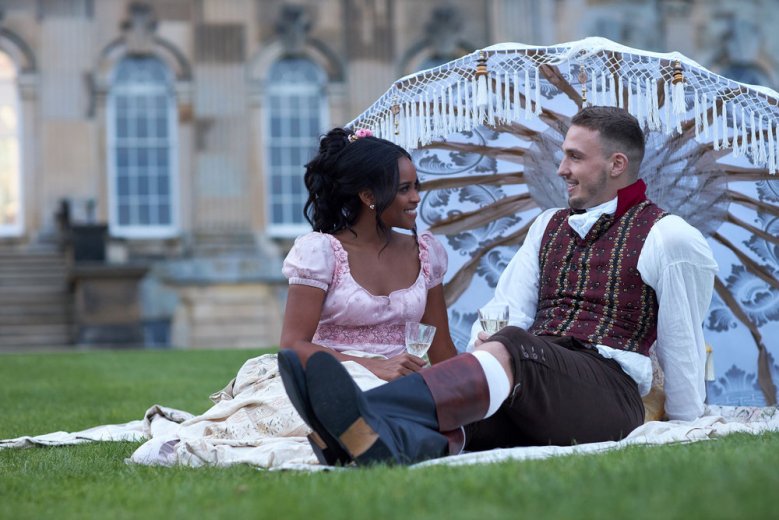 The costumes on “The Courtship” must do more to establish the show’s sense of an imagined romantic past because they can’t rely on the dynamic lighting and camera setups of a scripted series. With episode shoots lasting a maximum of two days, Rogers said he’d have to prepare multiple outfits for Remy within that timespan, in addition to specialized clothes for dating challenges and the formalwear for the farewell dance.

“I think we had about three weeks from when we had their measurements [to shooting],” Rogers said. “We worked out the designs [with] the basic eight styles we would work to, and then we just bought loads of fabric from China, which was really because they do all that heavily embellished kind of three dimensional tulle with like butterflies and flowers. And then we had loads of Italian silk. So all of that kind of heavy floral prints kind of is all lovely, beautiful Italian silk, which was always really devastating when they were wading through mud,” Rogers said.

Added onto the potential devastation when period clothes met the show’s sometimes Earthy environment was the inability to adjust while shooting. “We can’t run in and change anything,” Rogers said. “You can’t stop reality. So the scenes play out, like, in the cricket match, when she ties up her skirt, you know, it’s like, that would never happen. But in a funny way, that’s kind of great. And we learned to enjoy watching how modern people wore these clothes.” 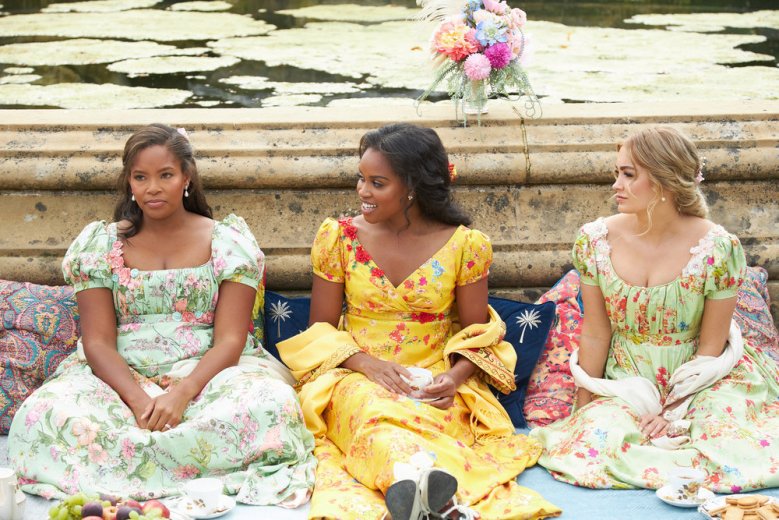 The clothes also had an effect on the people wearing them. “It makes you stand in a different way, it makes you hold yourself in a different way,” Rogers said. “And [the men in particular were] challenging because they have very 21st century bodies to deal with. They’re not tall and skinny, they’re all sort of worked out. Tailoring for that was tricky.”

In this, “The Courtship” takes the most important lesson from the scripted shows that defined the look of period drama for the past decade: The protagonists can look and feel a little bit closer to us viewers, but objects of desire should be dressed up in ostentatious detail. The more Italian silk, the better.