BEAT The Chasers' Jenny Ryan has revealed show bosses had a drastically different nickname in mind for her when she joined the show.

The 38-year-old – known as The Vixen – became a quizzer on The Chase in 2015 after previously writing questions for the show.

But when it came time to put her in front of the camera as the second ever quizmaster, there was a bit of conflict over her nickname.

Each of the Chasers are known by their real names, but also a nickname which refers to their trademark personalities.

She was not at all happy with the name, but host Bradley Walsh, 60, saved the day by suggesting The Vixen instead, Ryan told Lorraine during her show on Tuesday. 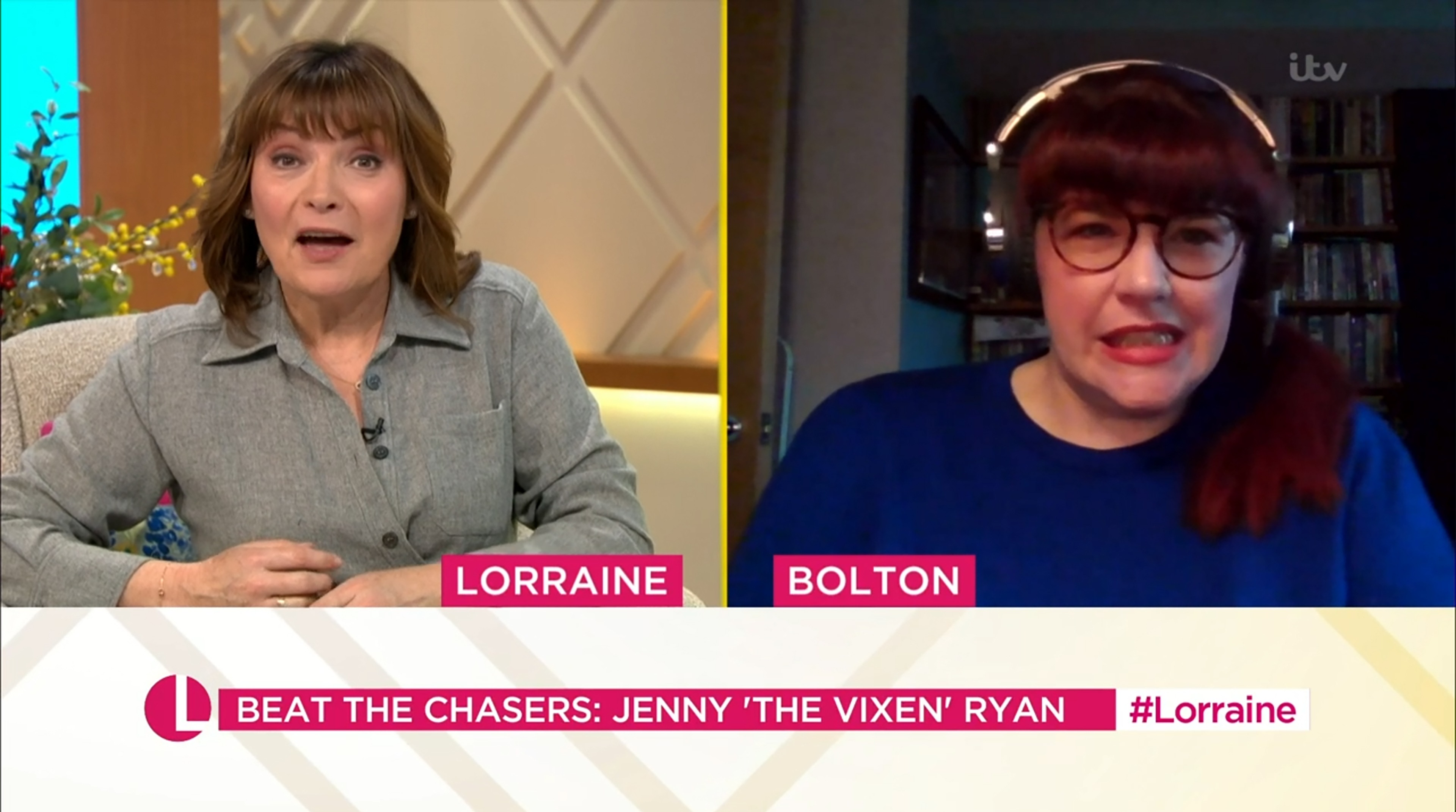 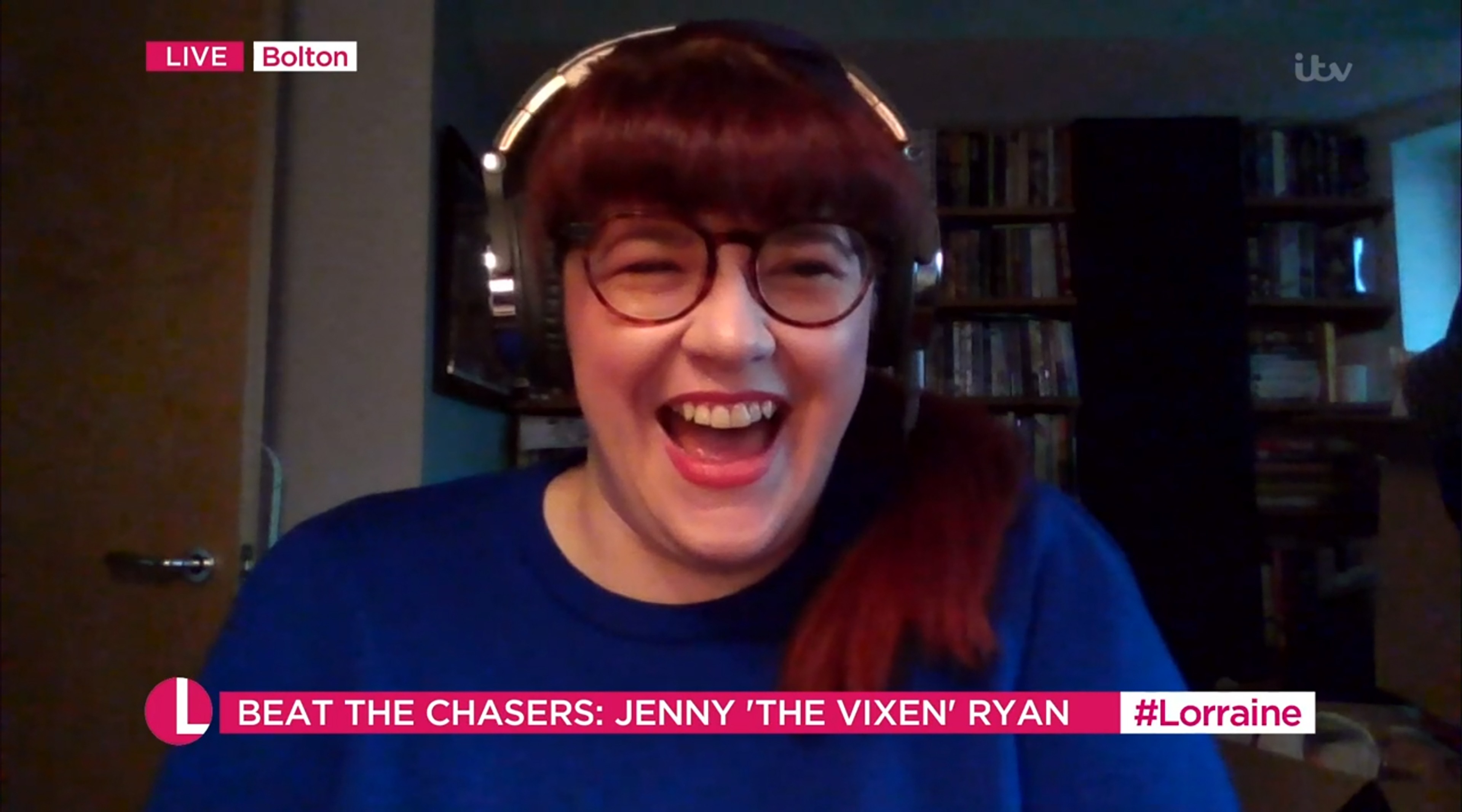 Ryan replied: “That’s true, yeah. So, when I first started I had a screen test in the studio with Bradley hosting as a sort of chemistry test.

“I had my hair in a big ponytail and the producers were trying to work out what my nickname should be. They wanted something animal-related because I like animal print.

“They suggested The Cougar and I said, ‘No, because I’m too young to be a Cougar’.

“Bradley came up with The Vixen because of the red hair.”

She added: “It looks like a fox's tail and foxes are really intelligent animals, are really cunning and can be quite fast."

The red head opened up recently about how crucial Bradley was in recruiting the Chasers, but also to their success on the show.

"If he doesn’t feel that he can chat to you and have a bit of friendly banter with you and work with you, then it’s that which won’t work," she told Radio Times.

“We’re all big personalities and Brad is such a well-loved personality, it’s a really tricky fit so it’s finding the right peg for the hole and I feel very lucky that I’m one of the chosen ones.”

Jenny is joined by her fellow Chasers, Anne Hegerty, Mark Labbett, Shaun Wallace and Paul Sinha on the new series of Beat The Chasers, with only newcomer Darragh missing from the line up.

While Jenny enjoys working with her fellow Chasers, she admitted: "When we’re doing Beat the Chasers, the pressure is sort of divided between us all a little bit so we can take a little bit of slack for each other if we’re feeling tired.

“But it’s also quite exhausting because there’s five really big personalities up there.

"It gets quite tiring after a little while to be part of that and the relentless quizzing as well.”

Beat The Chasers is on tonight at 9pm on ITV.