THE CHASE fans were left fuming when a contestant mixed up Oasis and The Spice Girls in an 'unforgivable' blunder.

The mishap came as quizzing hopeful Charlene made her first attempt to beat the Chaser on the ITV quiz show. 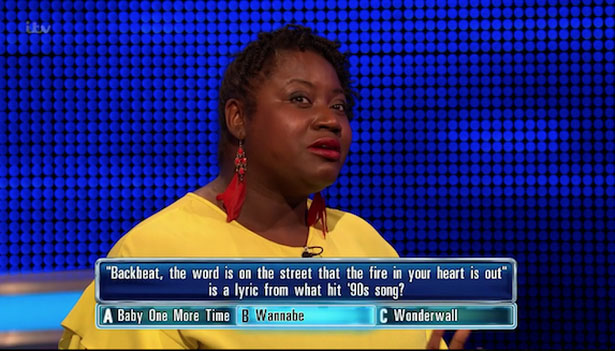 As she tried to win £1k from Darragh Ennis – aka The Menace – things didn't go to plan.

Host Bradley Walsh read out the first question: "'Backbeat, the word is on the street that the fire in your heart is out' is a lyric from what hit '90s song?"

The three possible answers lined up were Baby One More Time, Wannabe, or Wonderwall.

But it seemed Oasis lyrics were not Charlene's forte as she opted for the Spice Girl's hit, Wannabe, as her guess. 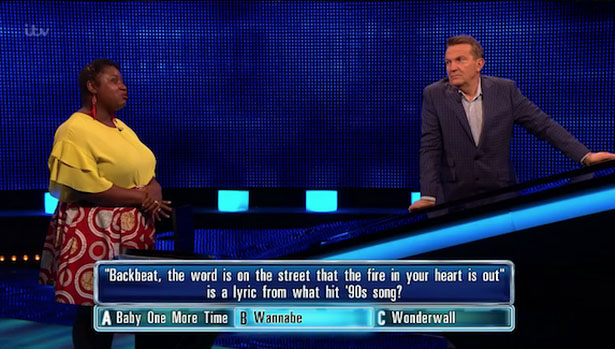 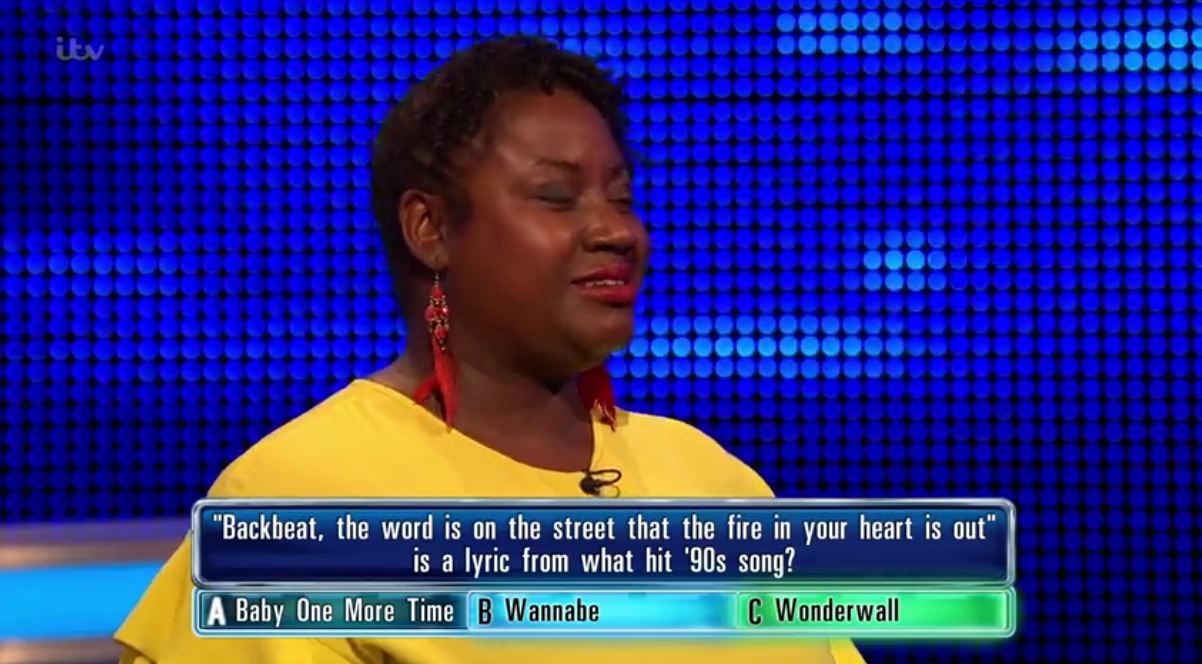 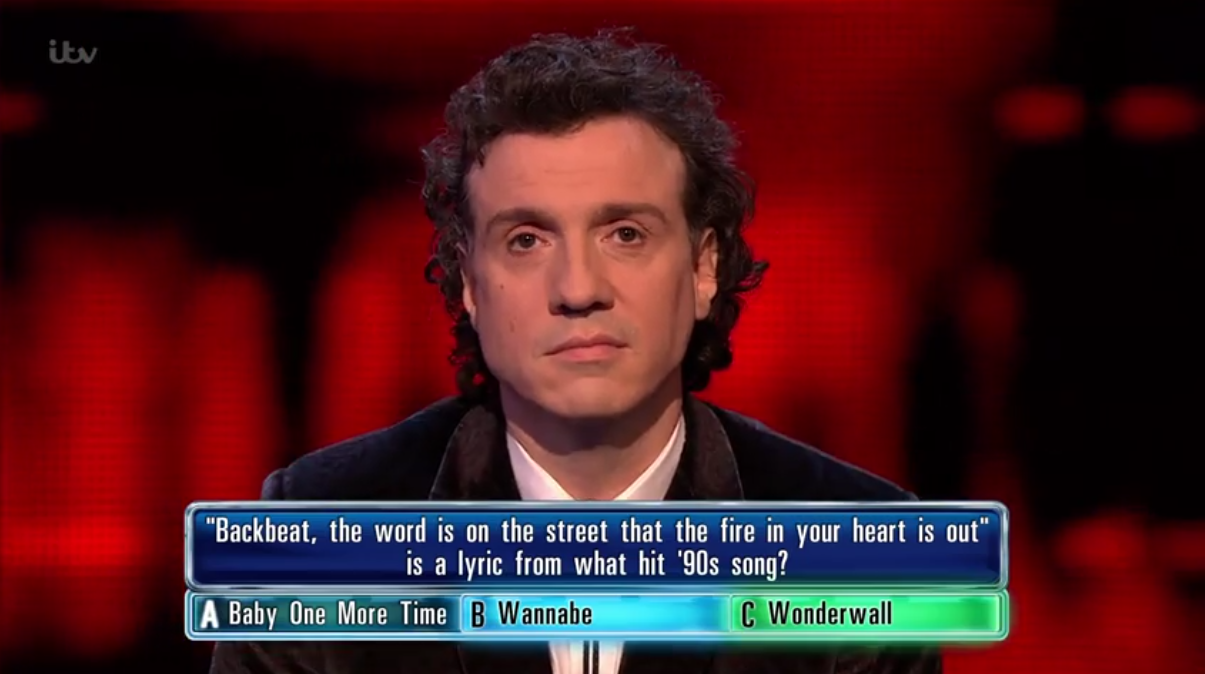 And when it was revealed as the wrong answer, with The Menance answering Wonderwall correctly, Charlene explained: "Wannabe and Wonderwall sound quite similar."

Viewers rushed to Twitter to voice their distain for Charlene's mistake.

One said: "DID SHE JUST SAY THE WORDS OF AN OASIS SONG ARE FROM A SPICE GIRLS SONG?!!

"GET OUT RIGHT NOW! #TheChase".

A third commented: "the first question was so easy oasis she’s a rubbish contestant".

One person joked: "ah yes that oasis song by the spice girls".

He wrong answer seemed to enrage diehard Oasis fans, who said: "Anyone who doesn’t know the lyrics to Wonderwall is cancelled". 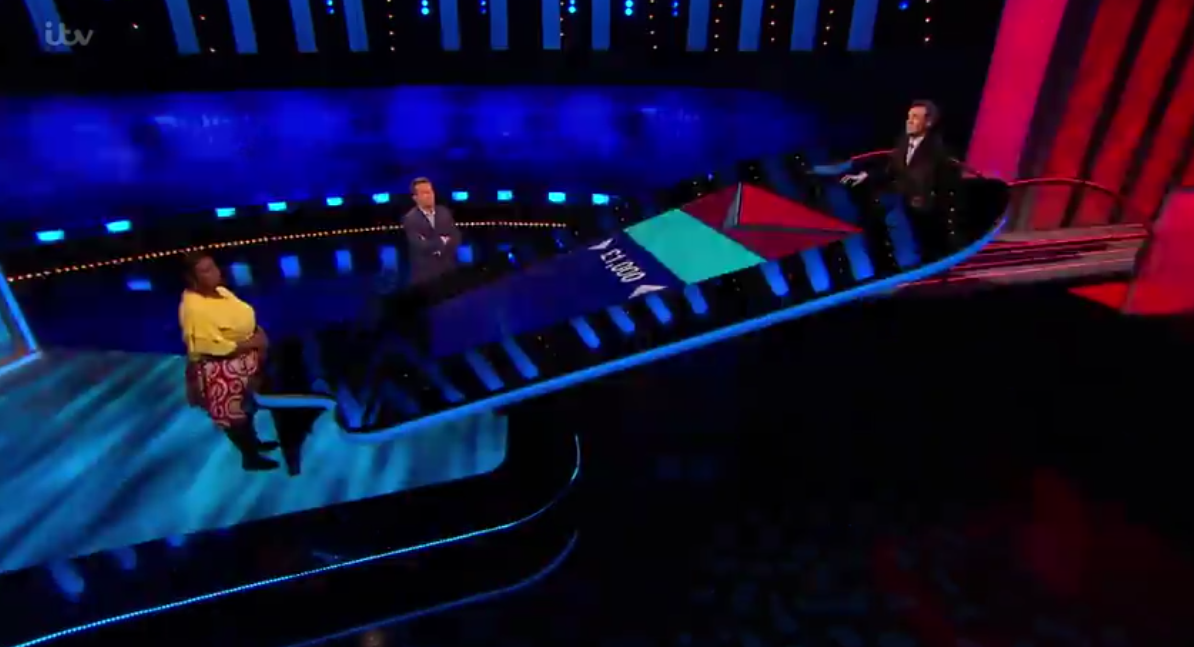 "No Brit should get a wonderwall question wrong, it’s public knowledge," added a viewer.

While another commented: "This lady just thought the lyrics of ‘Wonderall’ by Oasis, were actually the lyrics from ‘Wannabe’ by the Spice Girls and I just cant be arsed anymore #TheChase".