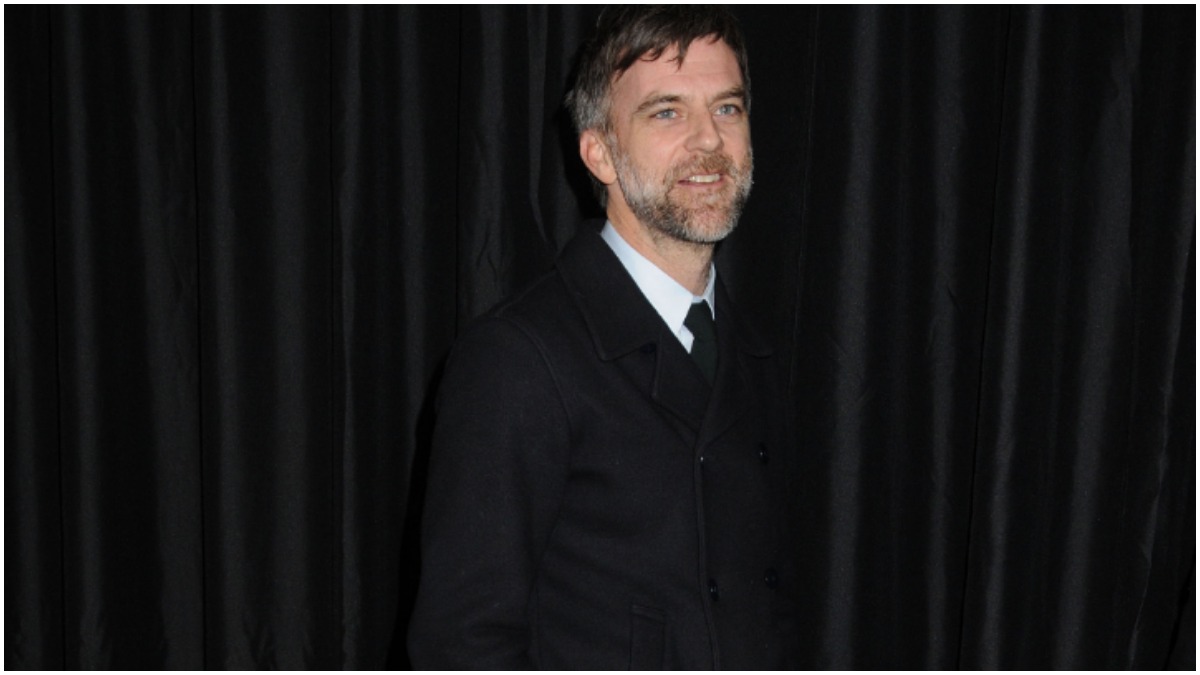 Paul Thomas Anderson, who his fans know as PT Anderson, is one of the best critically acclaimed directors working today.

His movies often askew toward art-house, but he has quirky sensibilities that make him very interesting and different than his contemporaries. Outside his more artistic offerings, Anderson adds in an occasional absurdist film.

Anderson was actually born in Studio City, California, and grew up with movies in his life, as his father was an actor and the late-night horror movie host named Ghoulardi.

Anderson started making movies at a young age, making his first movie at the age of eight, and never aspiring to be anything other than a filmmaker.

With some of the top critically acclaimed films in the last few decades, here is a look at all of PT Anderson’s movies, ranked. 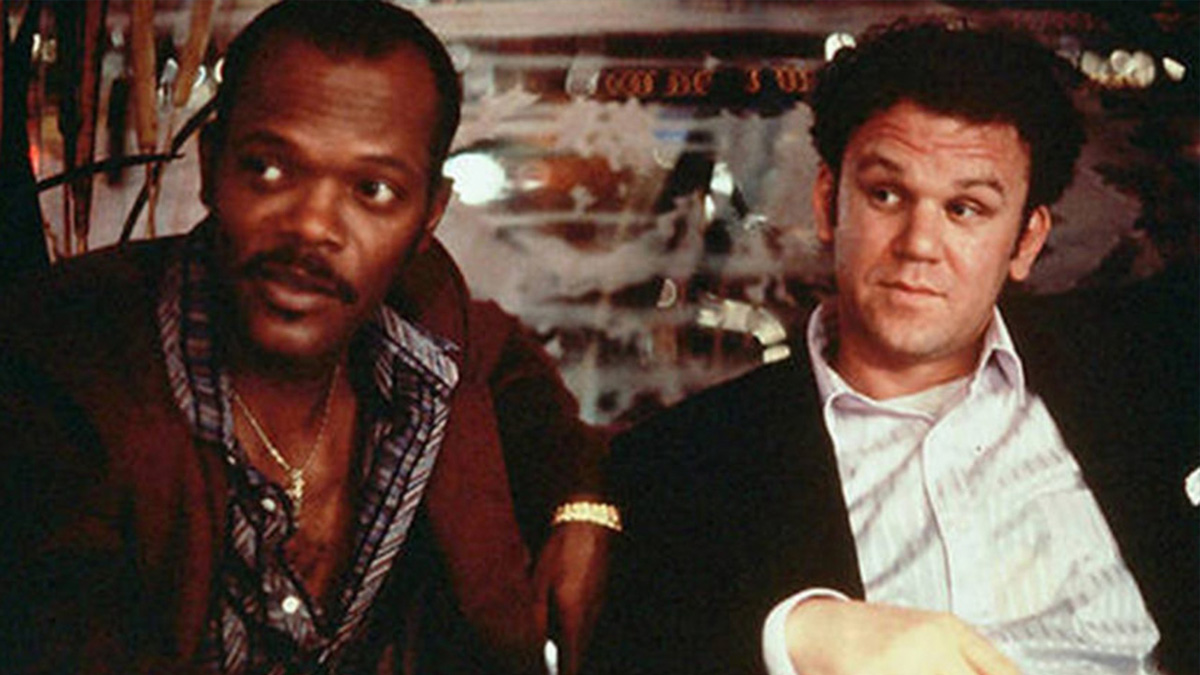 Hard Eight was a movie that showed a talented director on the rise.

In 1996, at the age of 26, Anderson completed his first full-length film and already had a deal in place before he made it thanks to his time in the Sundance Feature Film Program.

Originally titled Sydney, the movie was Hard Eight and had a top-notch cast that included Samuel L. Jackson, John C. Reilly, Gwyneth Paltrow, and Philip Baker Hall. Those actors actually chipped in the money to help him finish it.

In the movie, a professional gambler named Sydney (Philip Baker Hall) teaches a young up-and-comer John (John C. Reilly) the tricks of the trade, which works until John falls for a cocktail waitress (Gwyneth Paltrow). 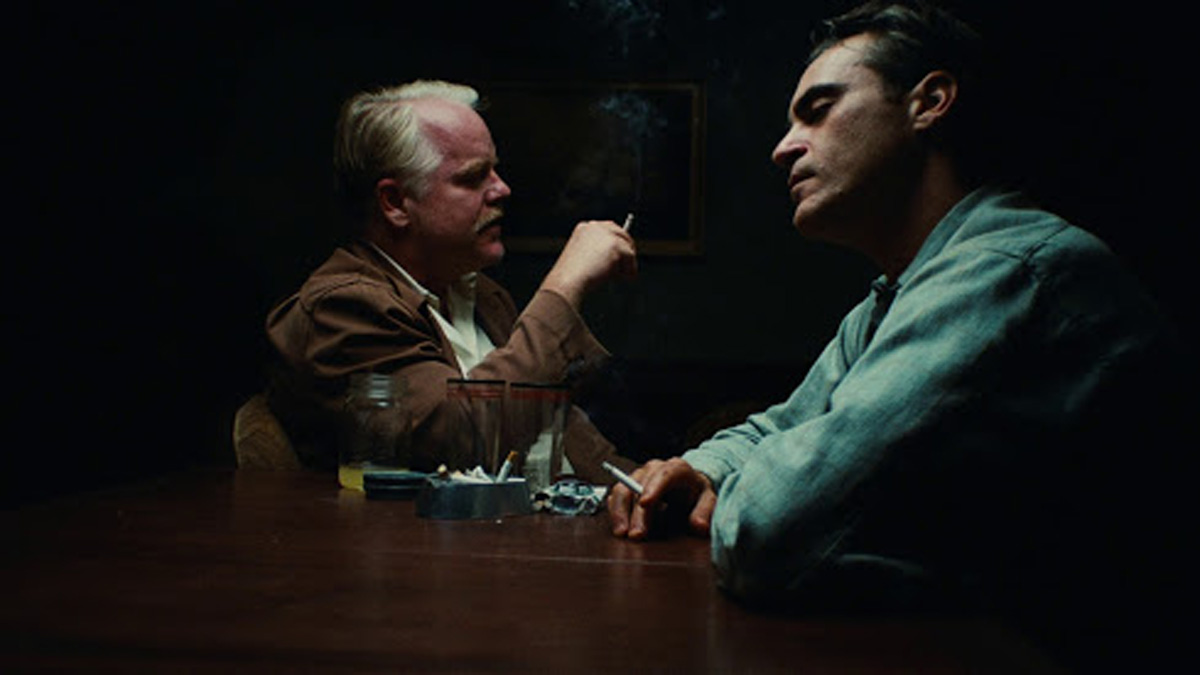 Released in 2012, The Master was a massive undertaking by PT Anderson and one that was polarizing with audiences.

The movie was shot as a giant epic, with Anderson using cameras and releasing it, where possible, in a 70mm film print.

It looked glorious and was truly a masterful film from the visual standpoint. The acting is also top of the line, with Philip Seymour Hoffman and Joaquin Phoenix leading the way. However, what pulls it down is the story itself.

Phoenix is Freddie Quell, a World War II veteran trying to find his place in the world. He meets Lancaster Dodd (Hoffman), the leader of a religious movement who offers him a new life. The religious movement is said to loosely represent Scientology.

The Master was named to several Best Of lists for the year and picked up three Oscar nominations, all for acting (Hoffman, Phoenix, and Amy Adams). 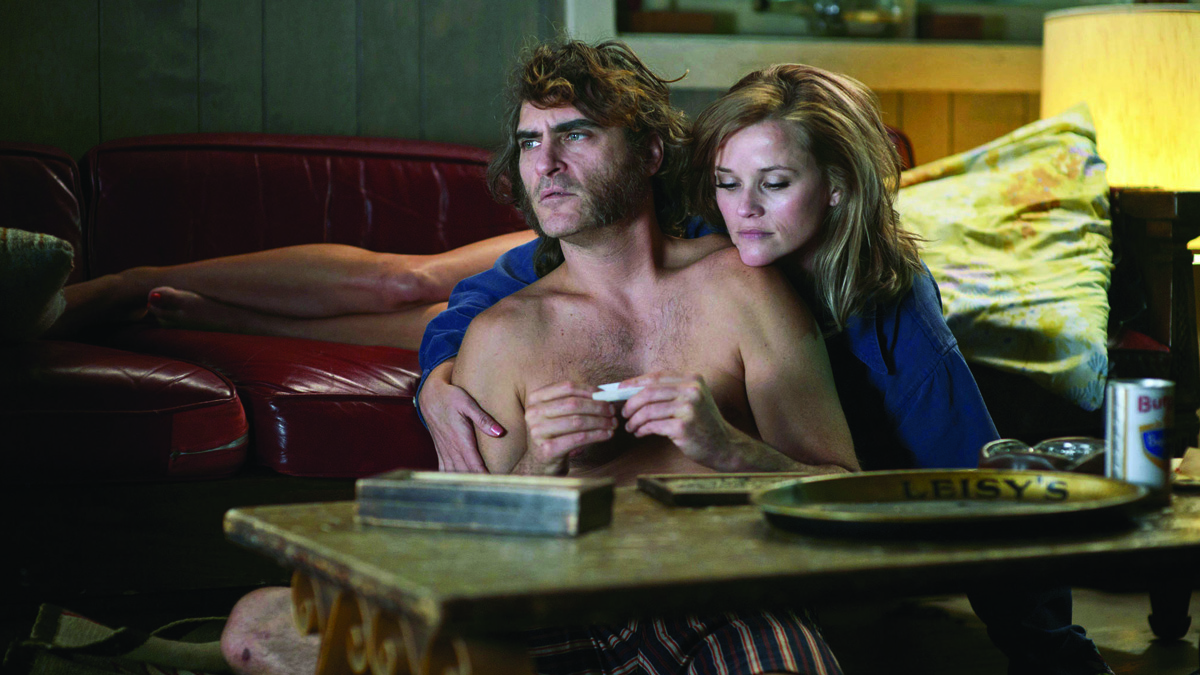 There are people who have said that the novels of Thomas Pynchon are unfilmable.

PT Anderson decided to try his hand anyway and made a movie out of the 2009 novel Inherent Vice.

The story is set in 1970 and follows a stoner hippie private investigator named Doc Sportello, who means well but is often inept.

He ends up in a case involving the criminal underworld thanks to an ex-girlfriend and has to dodge the wrath of a local hard-nosed police officer played by Josh Brolin.

The movie was nowhere near as successful critically as other Anderson movies, but it has one thing going for it. This is a movie that has everything it needs to be a cult favorite for years to come. 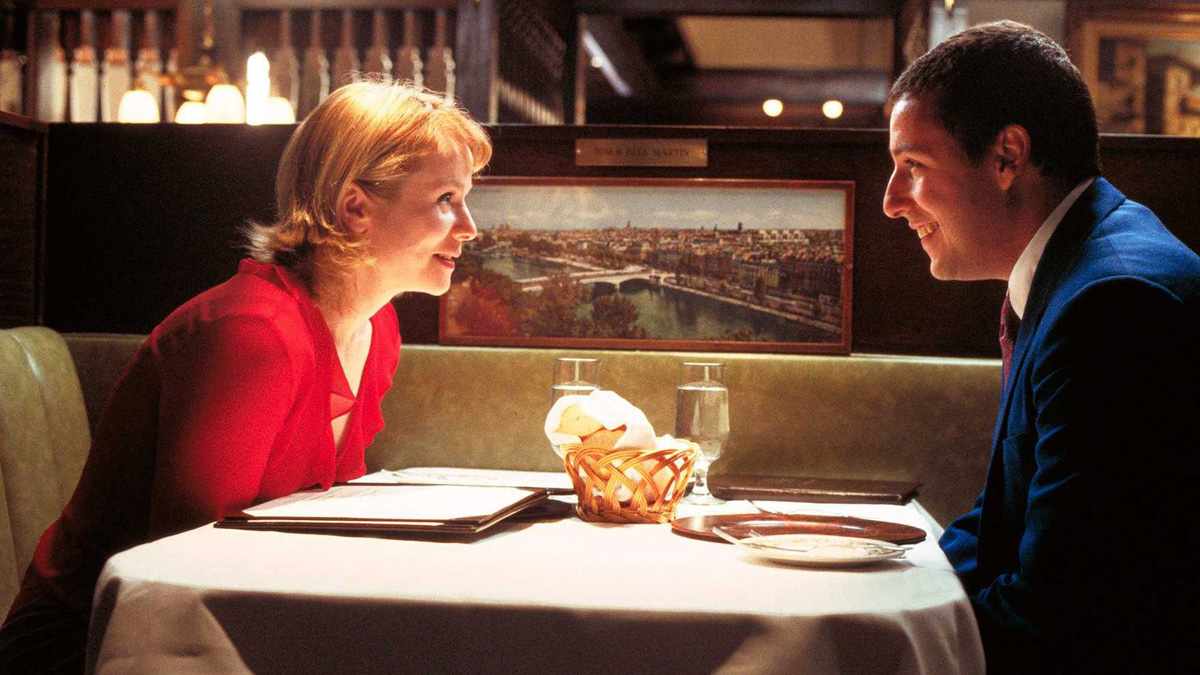 Many fans were shocked at Adam Sandler’s performance in the 2019 movie Uncut Gems.

However, this wasn’t his first attempt at a more serious movie, as he also took on a very unique role in the PT Anderson black comedy Punch-Drunk Love.

While this was a comedy — the first of Anderson’s career — it was dark and low-key, almost an absurdist drama romance disguised as a comedy.

Sandler is Barry Egan, a man who owns a company that makes novelty items. He is also very obsessive, with seven sisters who often abuse him emotionally. It gives him fits of rage, and he has a hard time fitting in anywhere.

He eventually calls a phone sex line and gives them his credit card number. The phone sex operator starts to call him asking for money so he has his credit card canceled and then finds that the head of the center (Philip Seymour Hoffman) gunning for him.

Through it all, he has finally met a woman who seems to understand him (Emily Watson), and just as he has a chance for something special, his life begins to unravel. 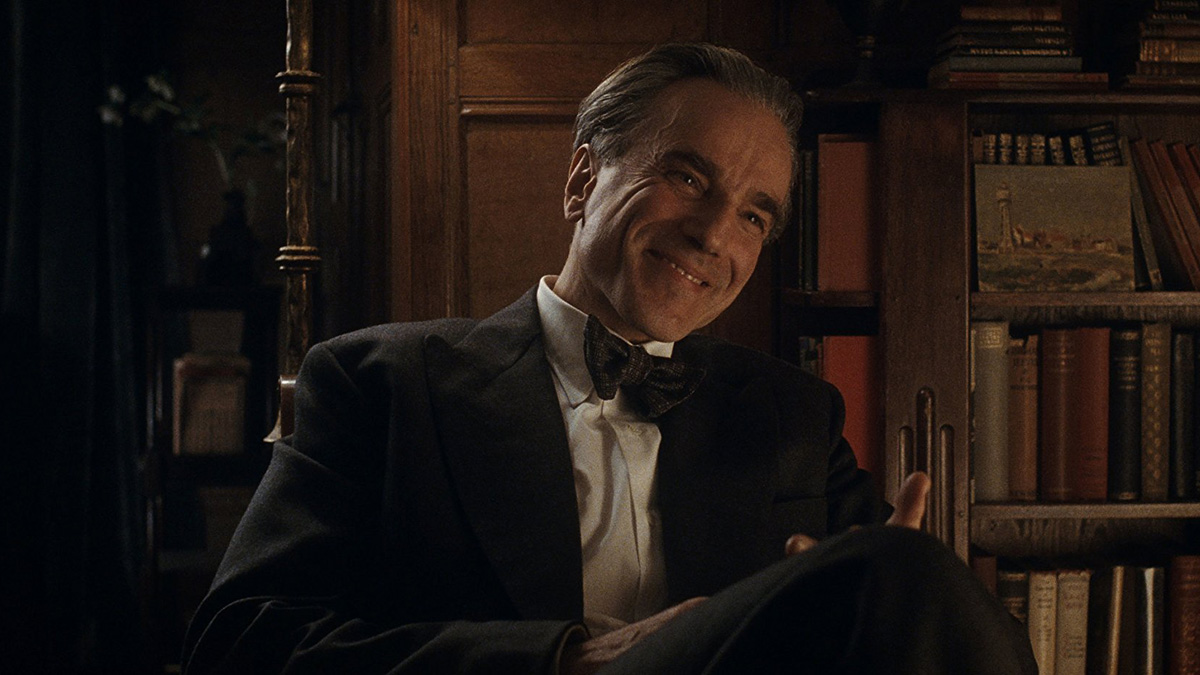 Phantom Thread was the most recent movie by PT Anderson, released in 2017.

This is a historical drama that stars Daniel Day-Lewis as a dressmaker in 1950s London tho takes a young waitress (Vicky Krieps) as his muse. It was here that his obsessive and controlling personality began to assert itself.

This was the final role of the amazing Day-Lewis’ career before he retired from acting. It was also the second collaboration between Anderson and Day-Lewis.

The movie finished on several critics’ top ten lists for the year. It also won 24 total awards in its run, including one for Best Costume Design at the Oscars. 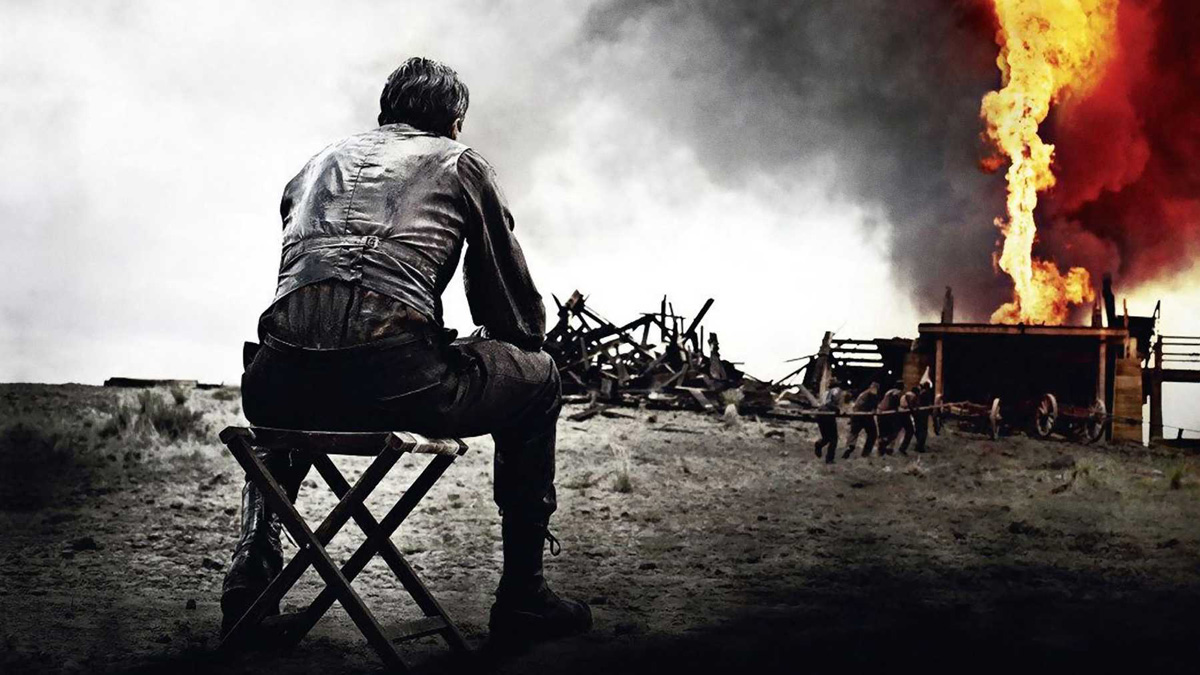 2007 was an amazing year at the Oscars. That was the year that PT Anderson took on the Coen Brothers for the top awards, both with amazing movies.

The Coen Brothers won the night with No Country For Old Men, but that takes nothing away from Anderson’s magnificent There Will Be Blood.

Daniel Day-Lewis stars as Daniel Plainview, an oilman in this loose adaptation of the Upton Sinclair novel Oil!

Plainview goes from town to town, buying land, setting up oil rigs, and drinking the land dry before moving on. The film is compared to the horror movie Dracula, as it is about a man with a ruthless dedication to drinking the blood of towns across the country.

When he reaches one town, he finds a nemesis in a young preacher (Paul Dano) who opposes his arrival and tries to stop him.

According to Metacritic, There Will Be Blood finished on more decade best-of lists than any other movie from the 2000s.

It picked up eight Oscar nominations, but only won for Best Actor (Daniel Day-Lewis). 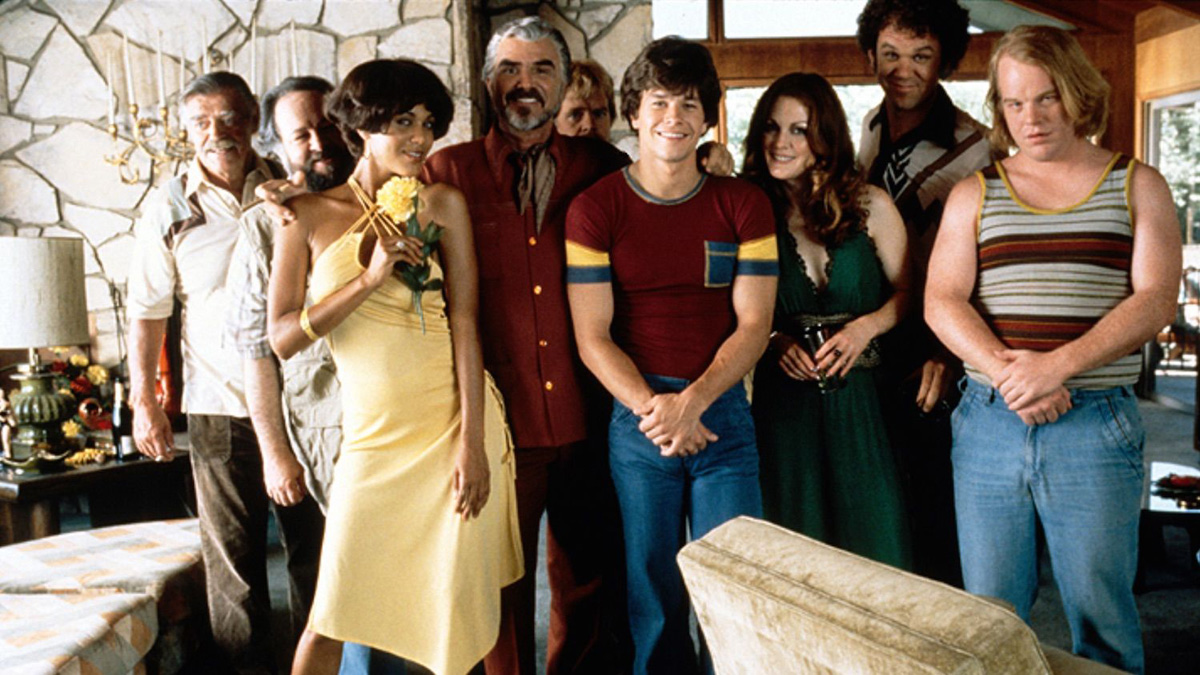 In 1997, PT Anderson took the short film he made as a high school student (Dirk Diggler) and made it into a feature-length film called Boogie Nights.

Philip Seymour Hoffman had an eye-turning role in this movie, as did other indie stars of the ’90s, including John C. Reilly and William H. Macy. Heather Graham, Don Cheadle, and Julianne Moore round out the cast.

Reynolds enjoyed a comeback in this movie, winning a total of 12 awards for his role as Jack Horner. 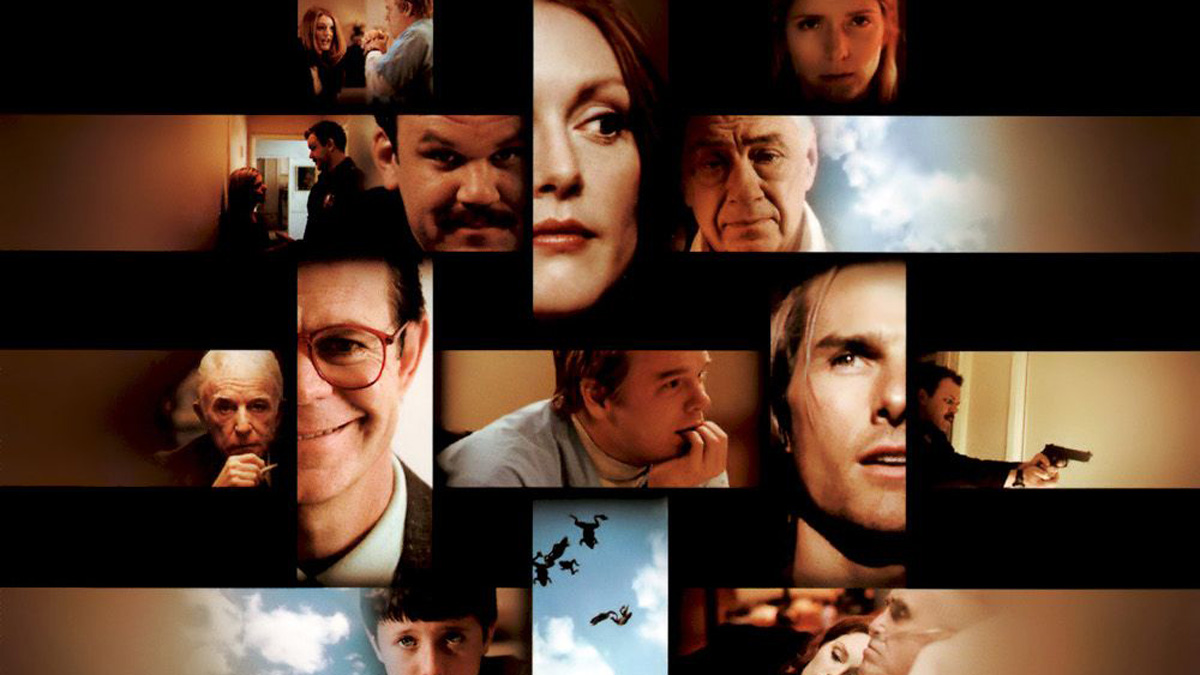 In 1999, PT Anderson made his masterpiece.

Magnolia is a movie of intertwining stories that all tie in together in different ways, but create one of the most memorable movie experiences a viewer will ever witness.

The theme is coincidences and how there might be forces at play outside of those choices people make in their lives.

Jim Kurring (John C. Reilly) is a cop who investigates a disturbance and meets a woman named Claudia (Melora Walters). The two fall for each other, although he doesn’t know about her rough relationship with her own father.

Her dad is Jimmy Gator (Philip Baker Hall), a popular game show host who has a dark past. This also ties into two stories, one of the original quiz kid who won on the show who is now a loser in life (William H. Macy), and the other a new kid who’s father is pushing him too hard to be the next Quiz Kid (Neil Flynn).

Jason Robards is Earl Partridge (in his final role before the actor died), the producer of the quiz show, who is dying of cancer. His wife (Julianne Moore) is undergoing a conflict of faith, as she questions if she is with him just for his money while his nurse (Philip Seymour Hoffman) is there to do anything in his power to make sure he is comfortable in his final days.

This results in him calling in Earl’s estranged son, TJ Mackey (Tom Cruise), a self-help guru who has not seen his father in years and is asked to return home to say goodbye.

The movie picked up three Oscar nominations, including one for Cruise.