Home » The Batman ‘leak’: The Riddler costume given a closer look and brand new logo

Last year DC Comics fans were treated to the first trailer of The Batman, the next version of the caped crusader being taken on by Pattinson. During the trailer, viewers were introduced to Dano’s portrayal of The Riddler. With the film drawing ever-closer, a post on the DCEU Leaks subreddit has exposed a menacing new look at the villain.

The post on Reddit comes from user Flactify, who supposedly revealed the back page of an upcoming 2022 calendar.

The merchandise – which can be seen below – shows different stills and artistic interpretations of Pattinson’s Batman, as well as further looks at his car, the new and improved Batmobile.

Included on the calendar is The Riddler who can be seen in his duct tape mask once again as he appeared in the trailer.

This time, however, there have been some changes to how his mask looks. 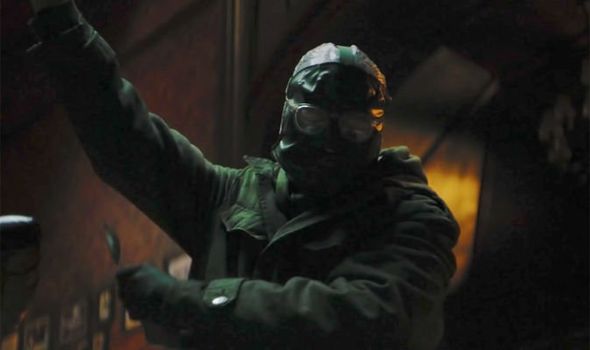 On top of all the duct tape surrounding his face, Dano now wears a pair of dainty glasses, giving a glimpse into his eyes and further adding intelligence around his character.

The most prominent change in the character’s look, however, is in his mouthpiece.

The slightly distorted image reveals the character has a single piece of tape over his mouth, held on by either staples or pins.

What’s more, the figure is joined by his new logo, which employs the traditional question mark The Riddler is known for. 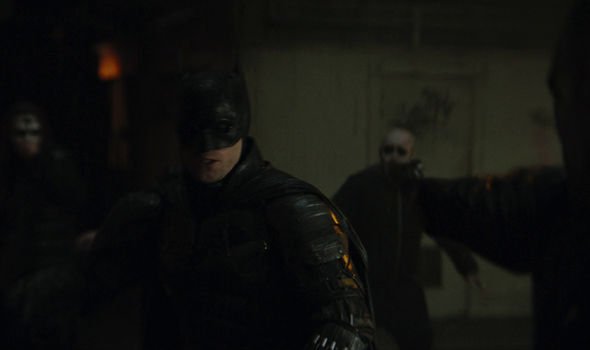 Interestingly, the circle surrounding the question mark is accented with dashes on four side.

This makes the logo look a lot like the real-life Zodiac killer’s logo.

With director Matt Reeves looking at making a more realistic version of The Batman, it would make sense for him to create a more grounded serial-killer in The Riddler. 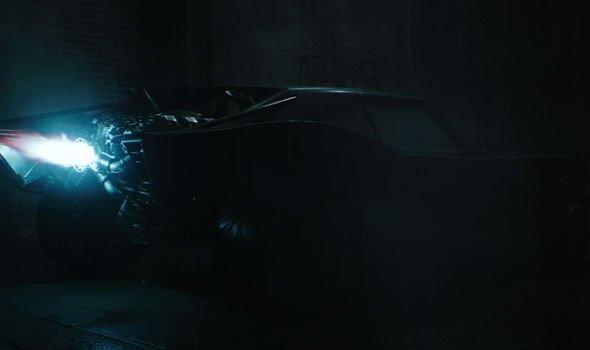 The feline-themed antihero can be seen on her iconic motorbike with her helmet on.

Not much information has been given on how Catwoman is going to be included in the film’s plot.

However, Dano previously praised the script for being “powerful”.

Speaking to The Playlist, the star said: “I was filming. I flew home to visit my baby and then didn’t get to fly back [to set, because of Coronavirus], which is a really strange thing. But I feel really good about it. I think Matt Reeves is the real deal.”

Dano added: “I was really surprised by his script, which I think is, is potentially really powerful. Hopefully, we’ll get to get back to it sometime soon? I’m not sure.“

Reeves has previously praised Dano’s performance, saying: “[He] plays a version of the Riddler that no one ever seen before.

“It’s really exciting. He’s such an incredibly creative actor. And so what he is doing, I think is going to blow people’s minds and