JENELLE Evans shared a TikTok video of herself lip synching to an Ariana Grande song, showing off a new glammed up look after admitting that she 'feels bad' about her fuller figure and fans are loving it.

In the clip, the former Teen Mom 2 star wore her long brown hair in loose curls down around her shoulders. 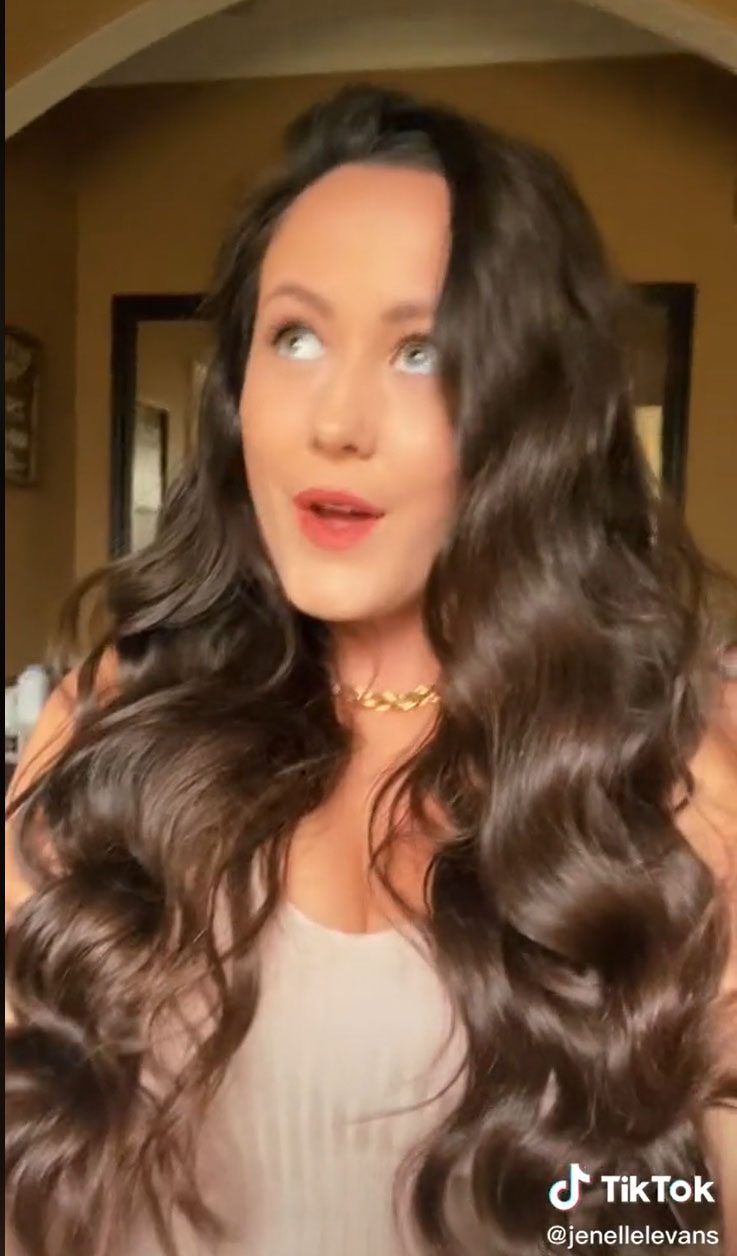 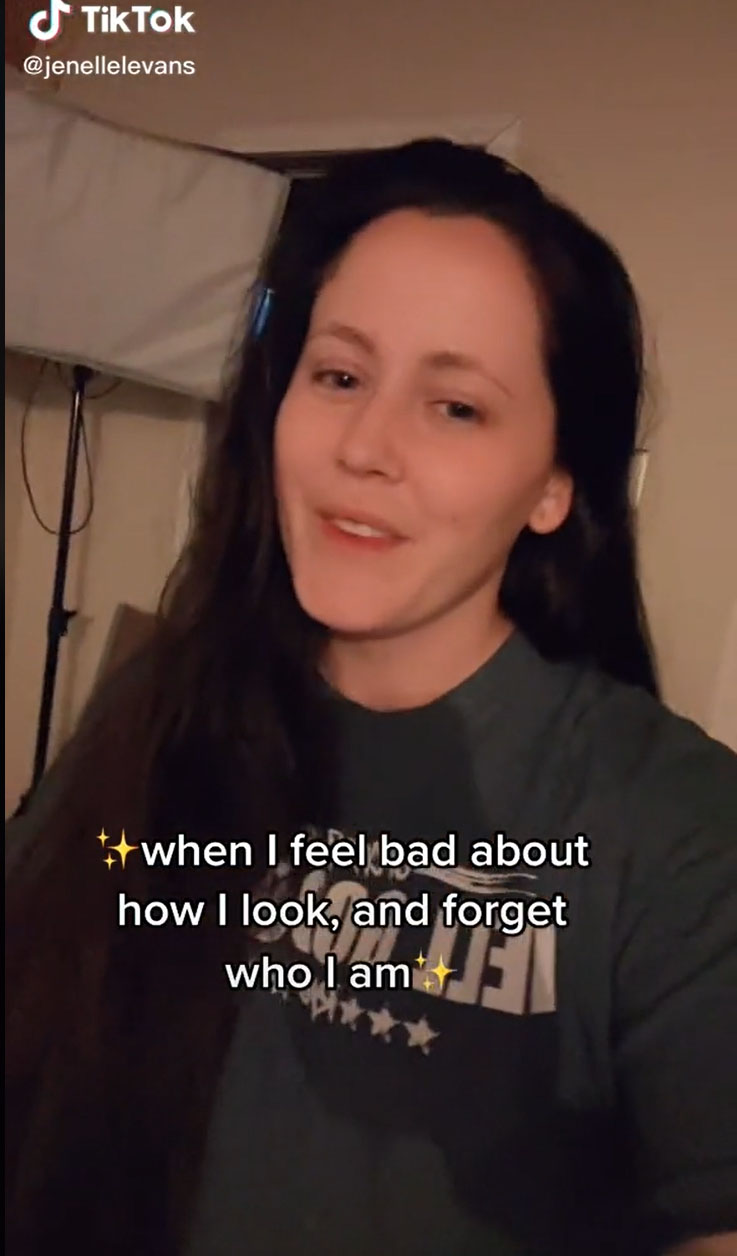 She had lipstick on and her eyes lined in a bold black liner.

Jenelle captioned the post: "I always have this song on repeat."

She smiled in the video, shaking her shoulders as she mouthed the words to the song.

Fans flooded the comments with compliments, with one writing: "Your hair is so gorgeous!"

Another wrote: "your hair looks lush."

A third fan commented: "Stunning for sure!!" 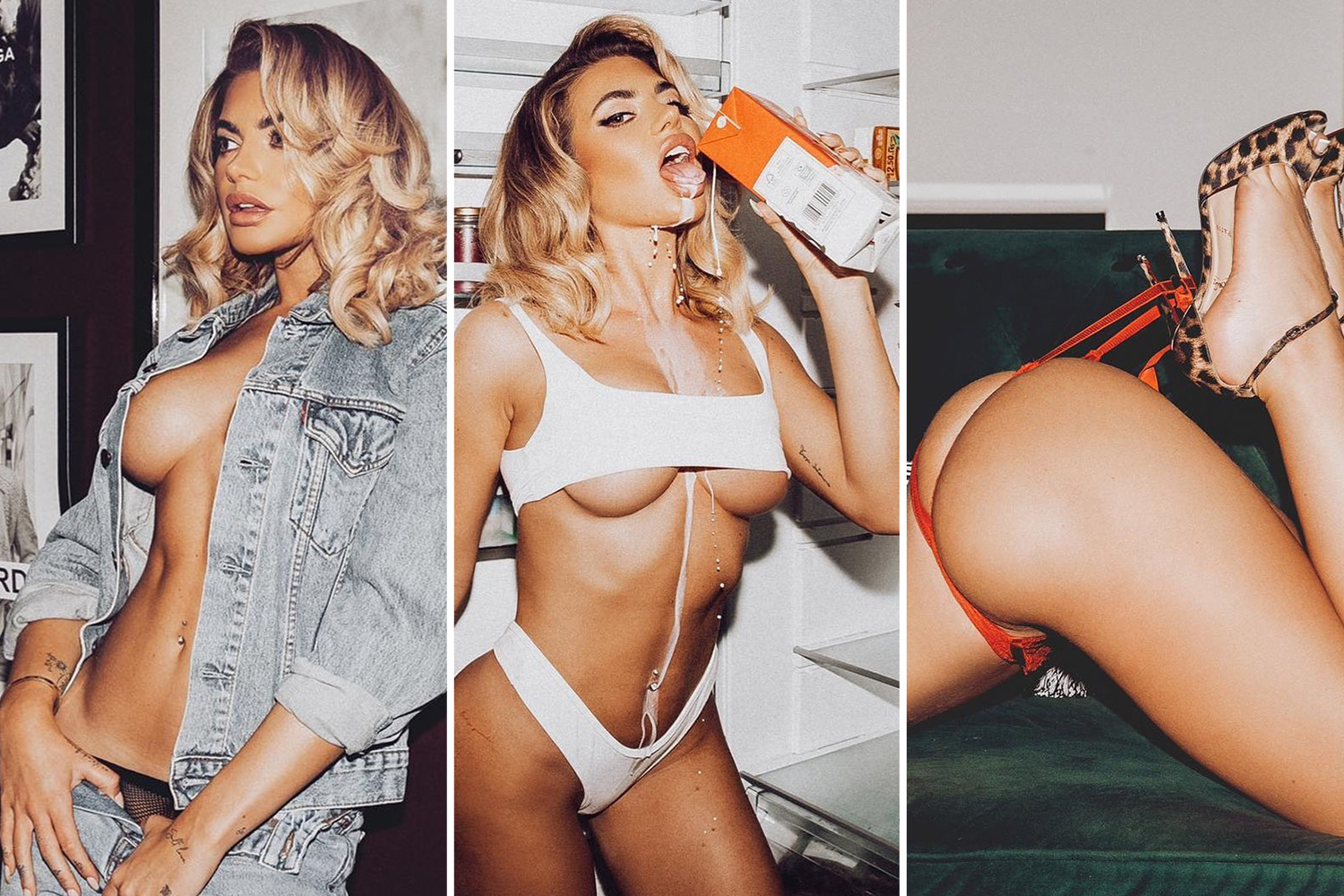 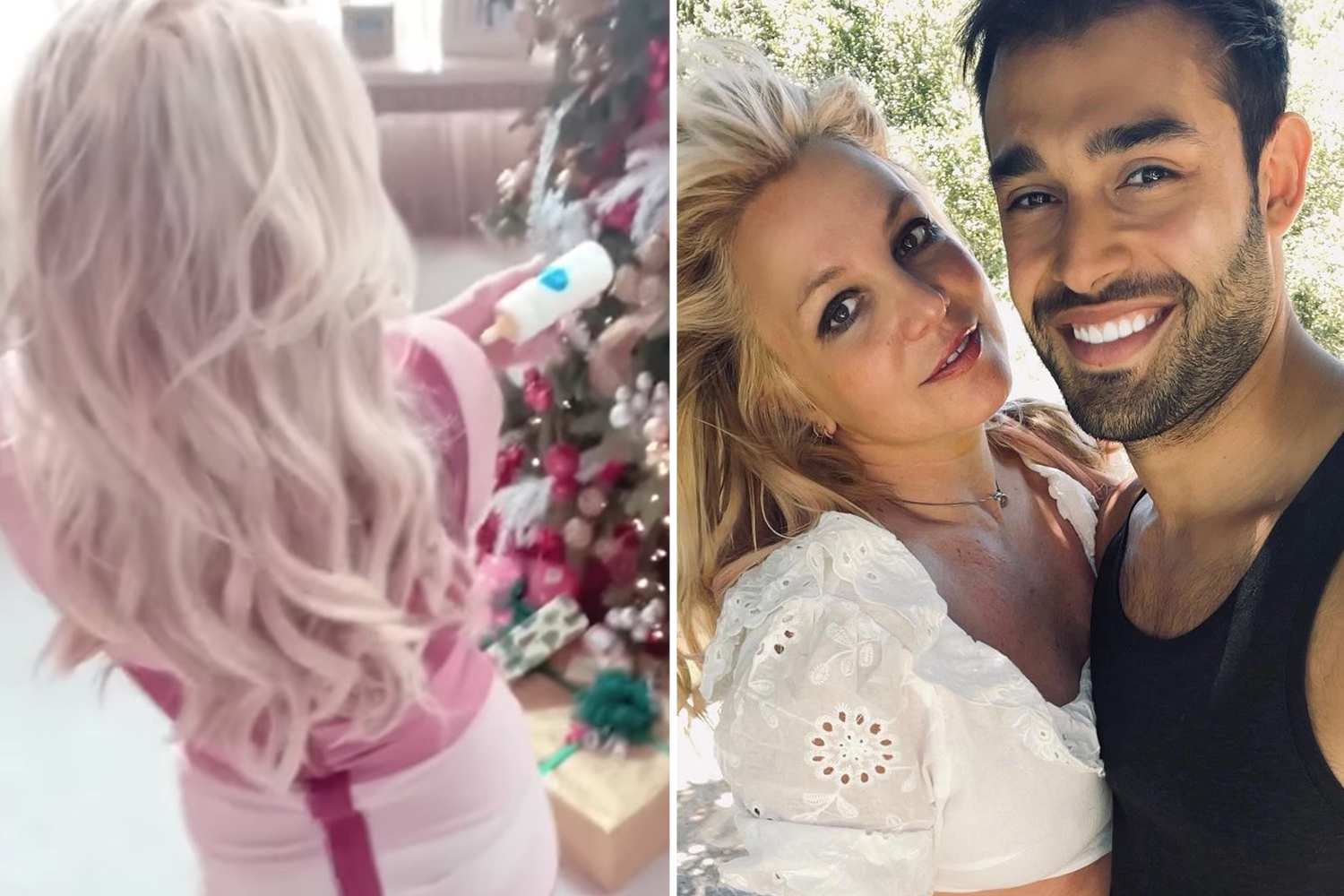 The post comes after the former MTV star revealed she was struggling with her changing body.

She admitted to fans she sometimes "feels bad" about her fuller figure.

Earlier this week, Jenelle confessed that she "pretends" to be "comfortable" with her body in another TikTok video.

She made the comment after David posted a nearly nude photo of the star online.

In the clip, Jenelle showed off her new curves, posing in a tank top and jeans.

She mouthed the audio in the video, which said: "What do you do on those days that you don't feel that confident or fearless or powerful like you did out there?"

Jenelle smiled and leaned into the camera, admitting: "Fake it. Until we make it? I mean, why not.

"It's either that or cry myself to sleep. Who wants to do that?"

She captioned the video: "My hair is my best accessory."

David, meanwhile, was slammed for posting a "nude" photo of his wife showering in a throwback post from their U.S. Virgin Islands vacation.

Jenelle was topless in the snap while she showered and overlooked the clear water on Saint Thomas.

The photo was cropped from the waist up.

Fans slammed him for sharing it while Jenelle was openly struggling with body image.

One critic wrote: "This just says he misses free vacations and Jenelle's old body. If that was his favorite, it says a lot of about their current situation."

Another wrote: "If you don't know Jenelle and David and their background, it's a bomb a** picture. But the fact it is them, this seems like a dig because she isn't that size anymore."

A third commenter said: "David alternates between posting humiliating pictures/videos to posting a nude of her but back when she was 'skinny' so she feels trapped.

"It will simultaneously boost her ego and send her current body image into the dumpster knowing her husband find 2+ years old photos of herhot.

Jenelle revealed that she is "not leaving" David following the post.

Talking to her followers on TikTok on Saturday, she confirmed: "No, I will not leave my husband."

She then moved away from the camera as she mouthed along with a song featuring the lyrics: "Thank you for coming to my Ted Talk."

Jenelle captioned the video: "I can care less if you like him or not." 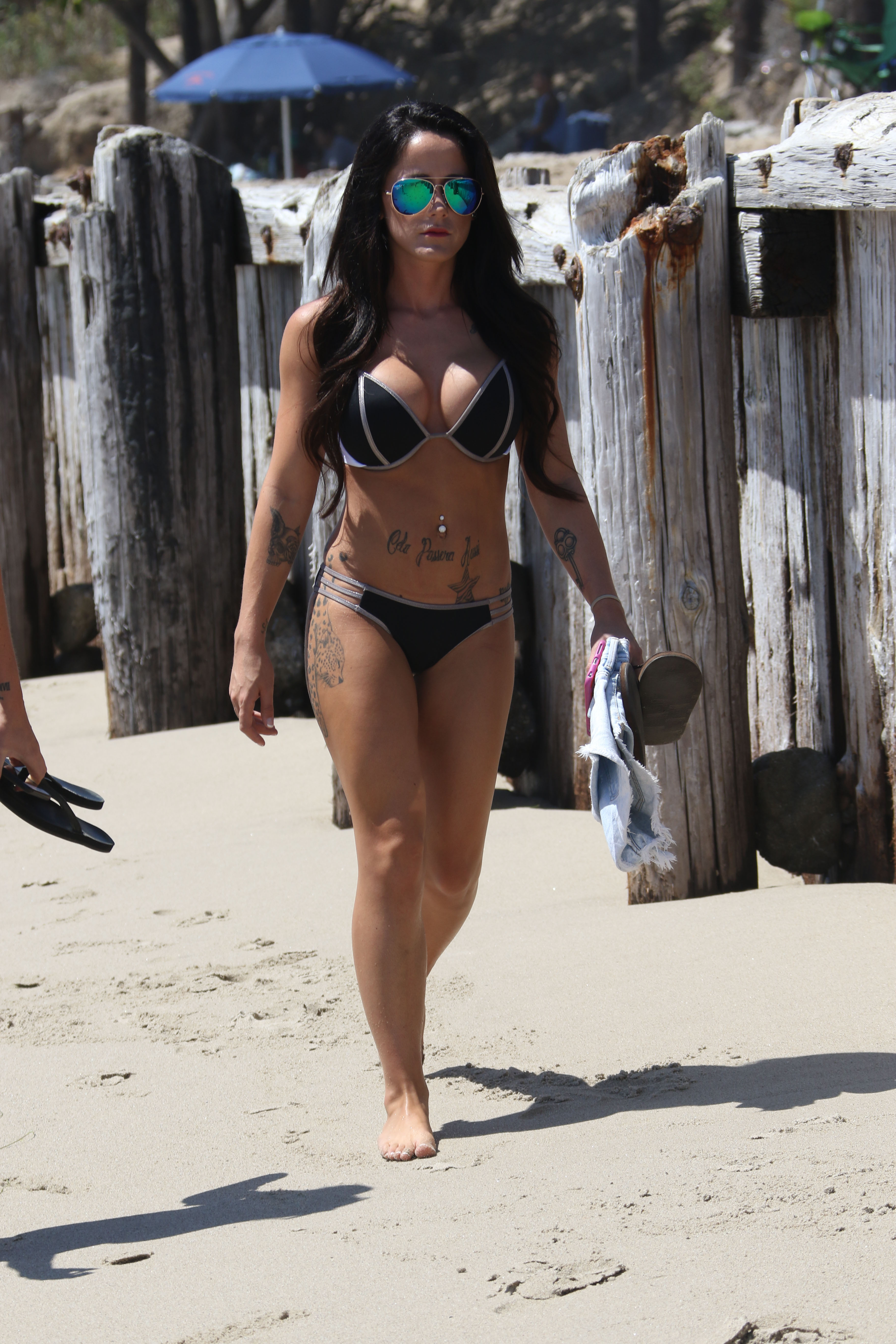 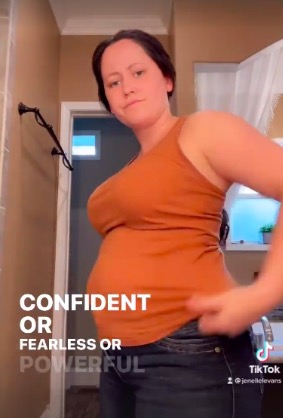 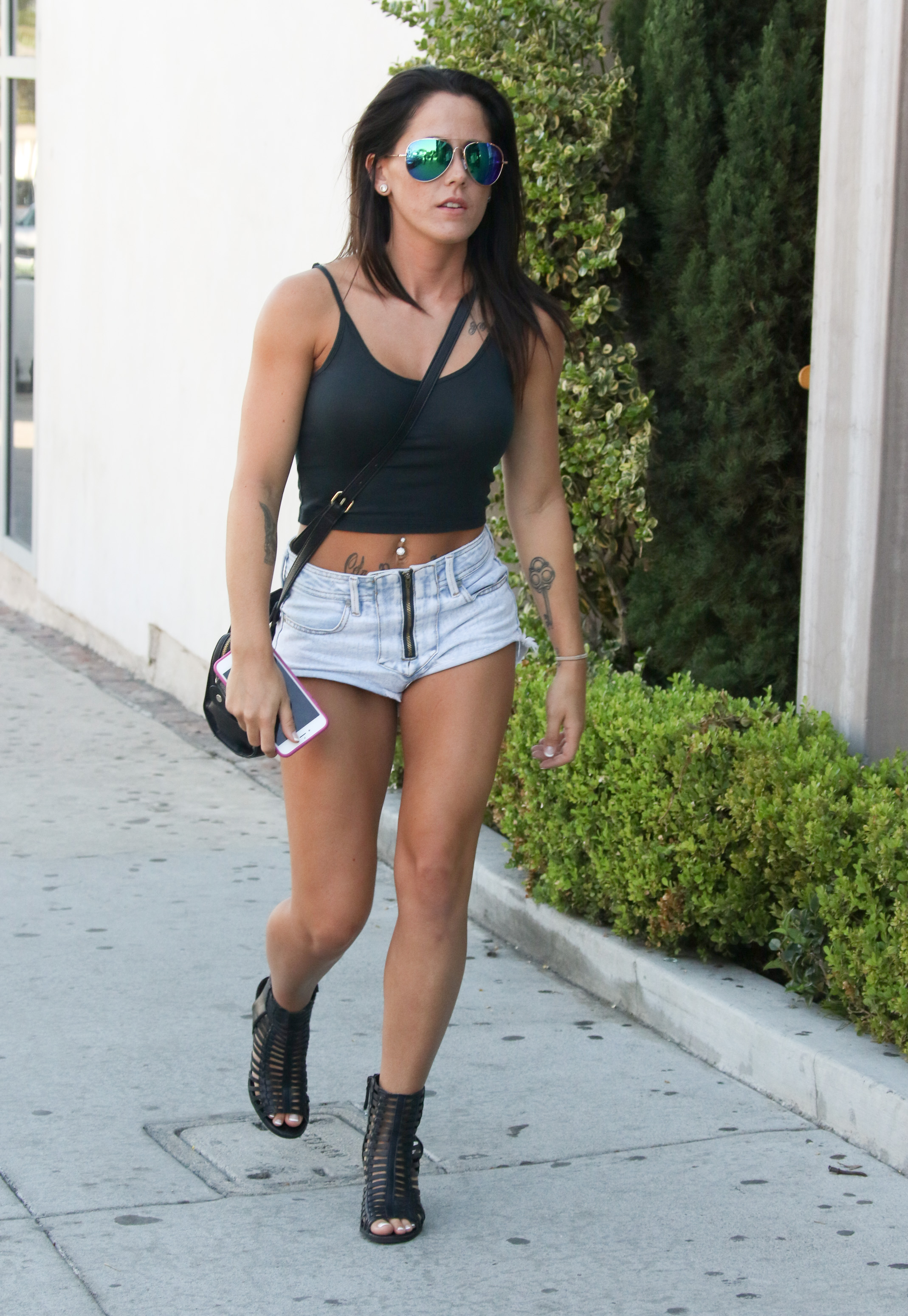