TAYLOR SWIFT wrote hit singles I Knew You Were Trouble and We Are Never Ever Getting Back Together about her failed romance with Jake Gyllenhaal, and she’s giving him both barrels again ten years on.

The superstar is back today with her brilliant album Red (Taylor’s Version), a re-recorded version of her 2012 release Red and featuring six previously unheard songs written at the same time as the original. 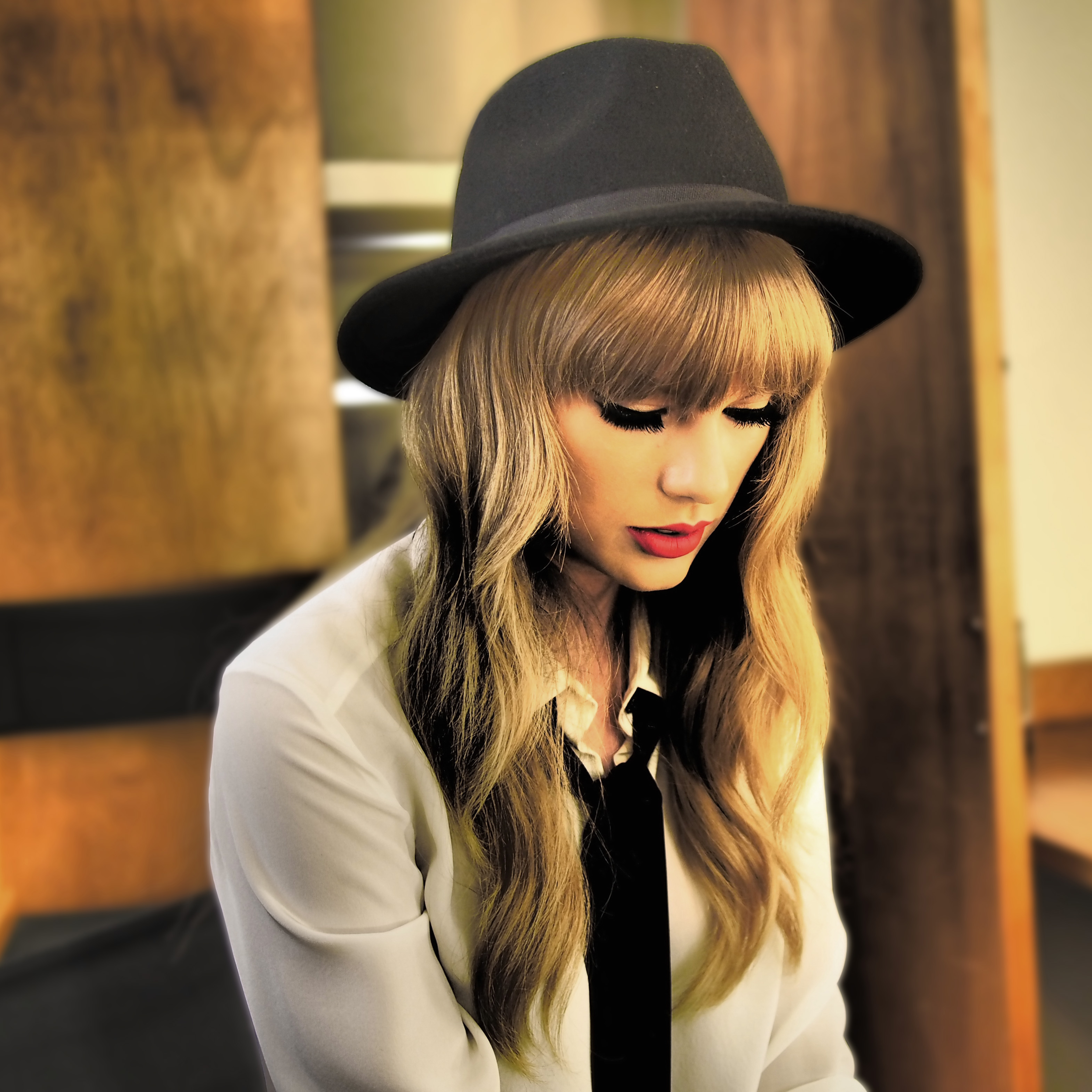 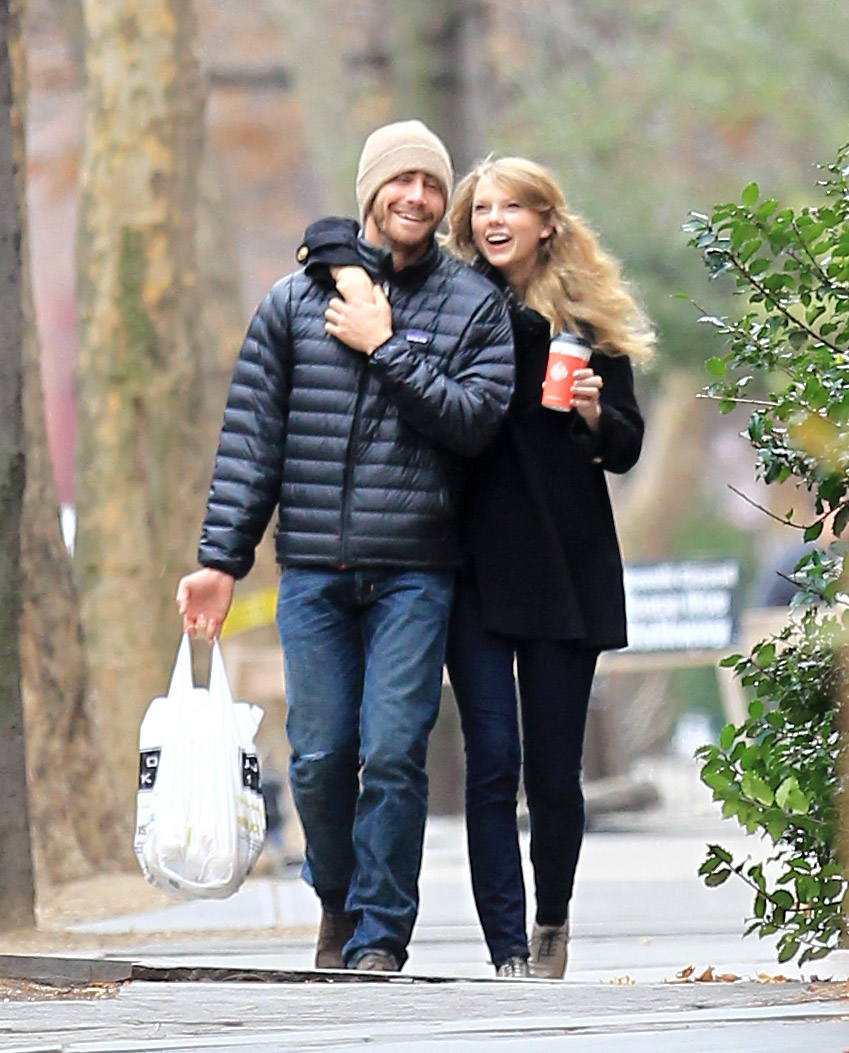 But unlike her millions of fans, I doubt Hollywood A-lister Jake will be rushing out to buy a copy, given the lyrics on the new tracks appear to be about their split in 2011.

On I Bet You Think About Me, she sings: “You can’t help who you fall for, and you and I fell like an early spring snow. But reality crept in, you said we’re too different. You laughed at my dreams, rolled your eyes at my jokes.

“Mr. Superior Thinking, do you have all the space that you need? I don’t have to be your shrink to know that you’ll never be happy, and I bet you think about me.”

Later in the track she accuses him of being “scared not to be hip, scared to get old”, and even refers to the fact that he probably wouldn’t be too impressed to hear the song.

She adds: “I bet you think about me when you say, ‘Oh my God, she’s insane, she wrote a song about me’.” But in the more introspective Nothing New, she opens up about her fears over being considered a has-been. At the time she was just 22 and six years into her career.

Singing with US artist Phoebe Bridgers, she ponders: “They tell you while you’re young, girls, go out and have your fun. Then they hunt and slay the ones who actually do it, criticise the way you fly when you’re soaring through the sky. Shoot you down and then they sigh and say, ‘She looks like she’s been through it’. Lord, what will become of me once I’ve lost my novelty?”

Then the chorus goes: “Will you still want me when I’m nothing new?”

The beautiful album, which will go down as one of Taylor’s best, features other new songs Message In A Bottle, Forever Winter, The Very First Night and an Ed Sheeran collaboration titled Run.

She has also covered her own tunes Better Man, which was recorded by Little Big Town, and Babe, which she gave to country duo Sugarland. The finale is a ten-minute, extended version of the album’s fifth track All Too Well, which fans will find a real tear-jerker.

A mini-film to accompany that song will be released at midnight tonight on YouTube, featuring Taylor alongside Stranger Things’ Sadie Sink and Maze Runner’s Dylan O’Brien.

Taylor felt strong-armed into re-recording her albums to put two fingers up at the people who bought the rights to her early music.

But now that she is revisiting and perfecting her back catalogue, it is sounding even better than ever. 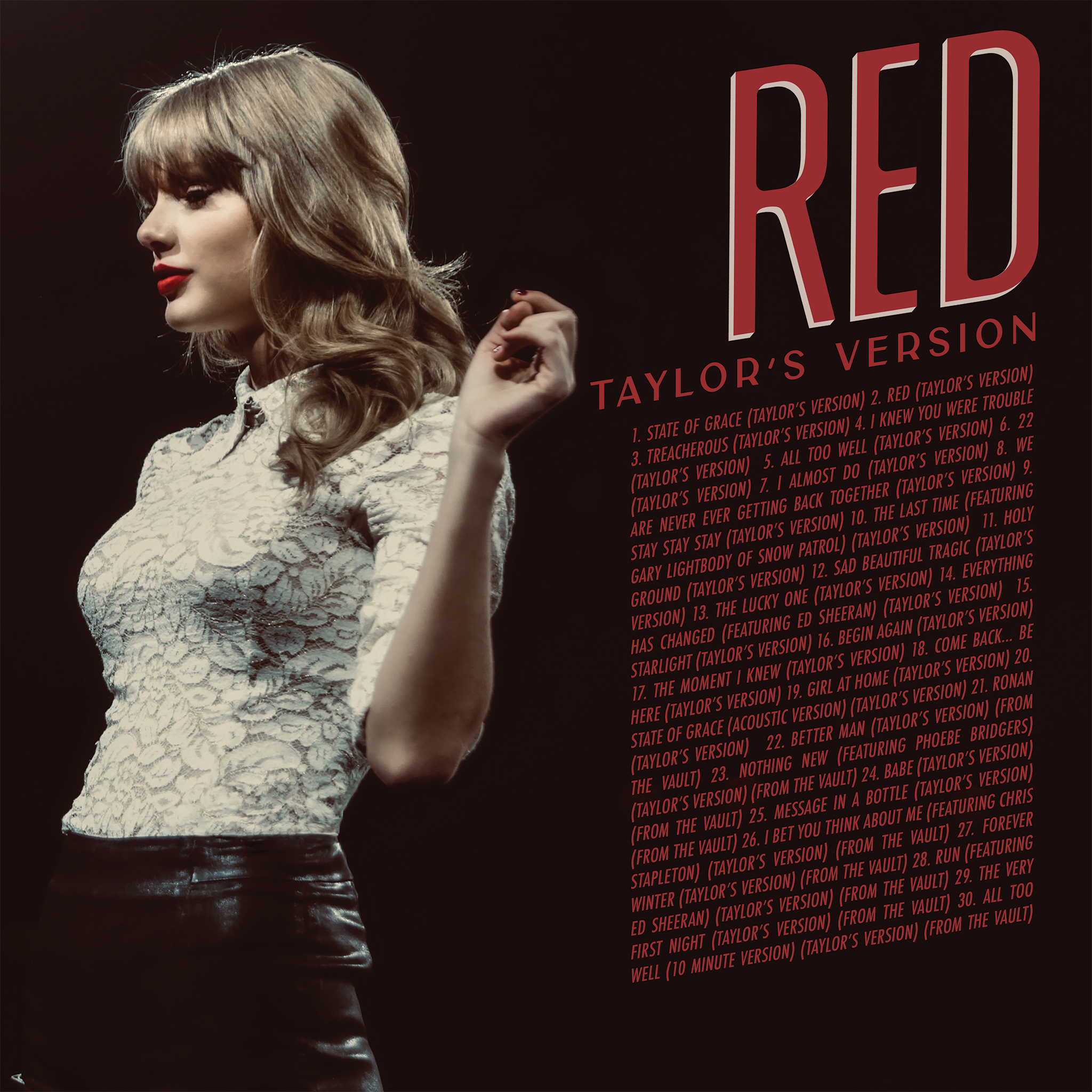 BROWN GIRL IN THE BLING

THERE has been no missing Lady Gaga on her fleeting trip to London thanks to her trademark dramatic fashion choices.

The American is here promoting her upcoming movie House Of Gucci and wore this striking brown dress as she left a screening. 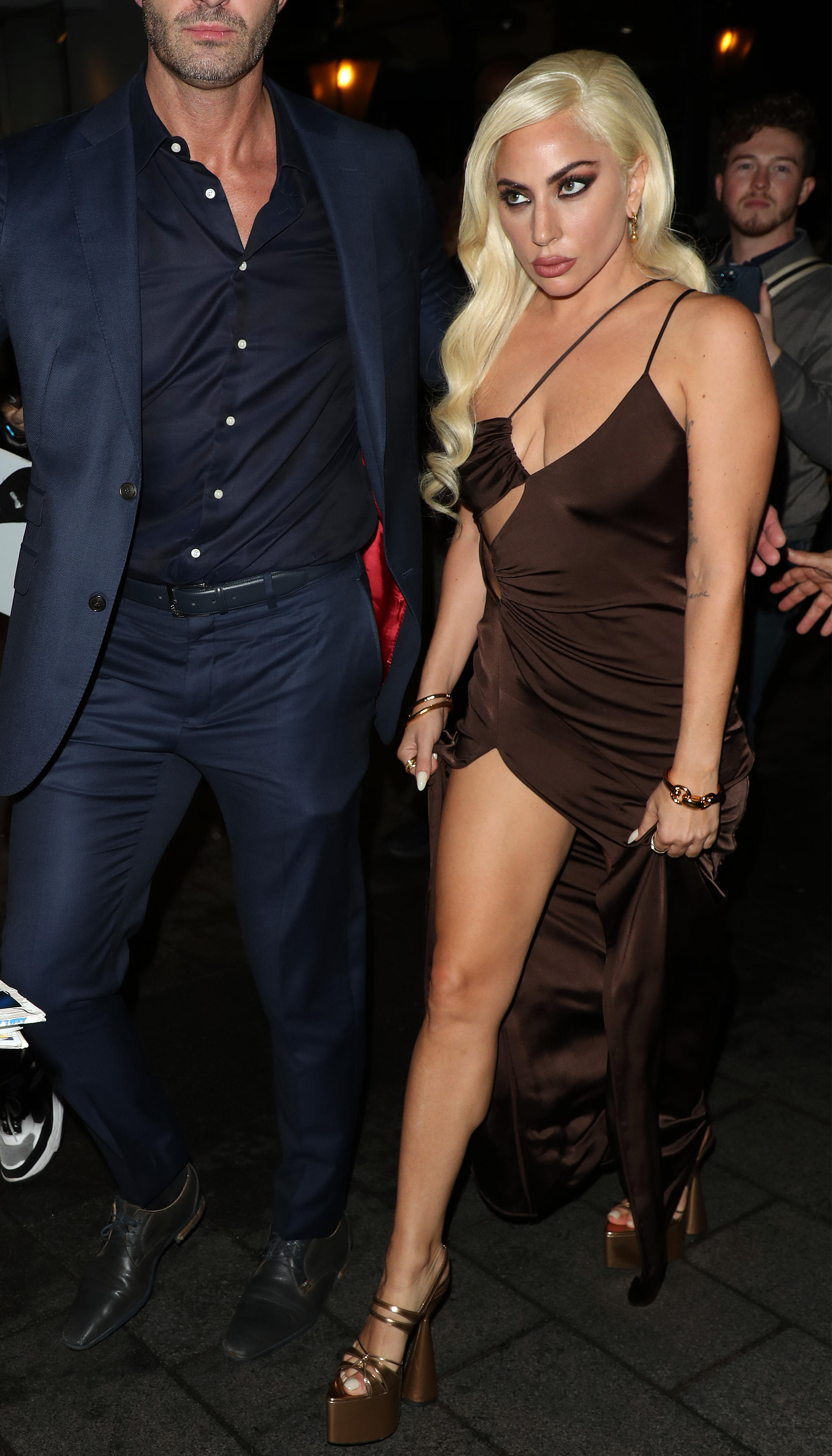 But she must have done a change in the cinema loos, because she had been spotted earlier in head-to-toe Gucci including floor-length cape as she left her five-star hotel to travel to the event.

I can reveal she is in a marble-clad rooftop suite, costing just shy of £100,000 for her stay. A source said: “It is nothing short of spectacular.

“It has everything she could desire from her stay in the capital, including a giant rooftop, spa and walk-in wine cellar.”

All the essentials for a superstar city break. 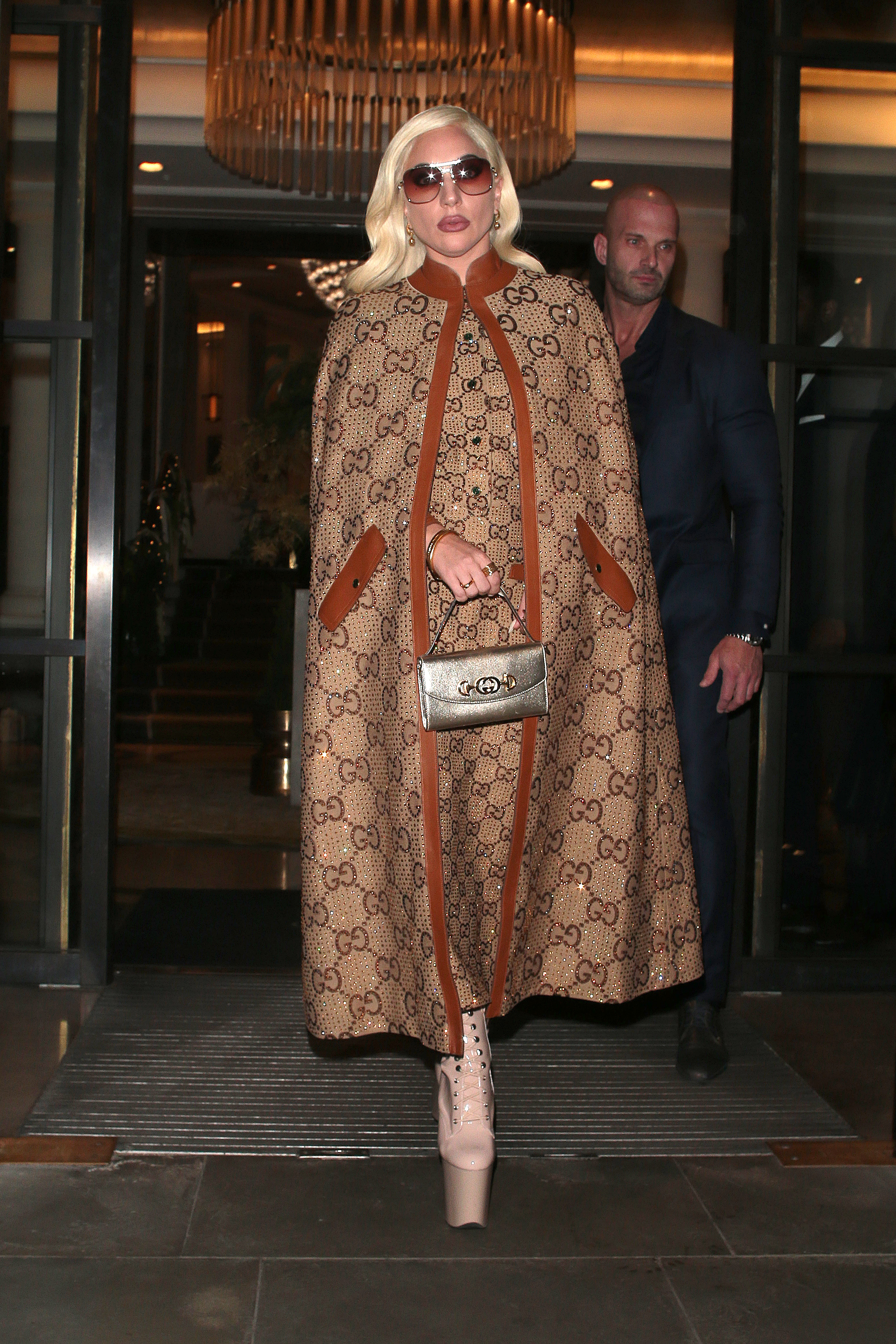 The ceremony, hosted by Saweetie, will air live on MTV at 9pm and from 11pm on Channel 5.

IF you have tickets for either of Adele’s London shows next summer you are really in luck.

The superstar has revealed she will not be heading out on a major tour or doing a Las Vegas residency, so the two Hyde Park gigs will be one of the few opportunities to see her. 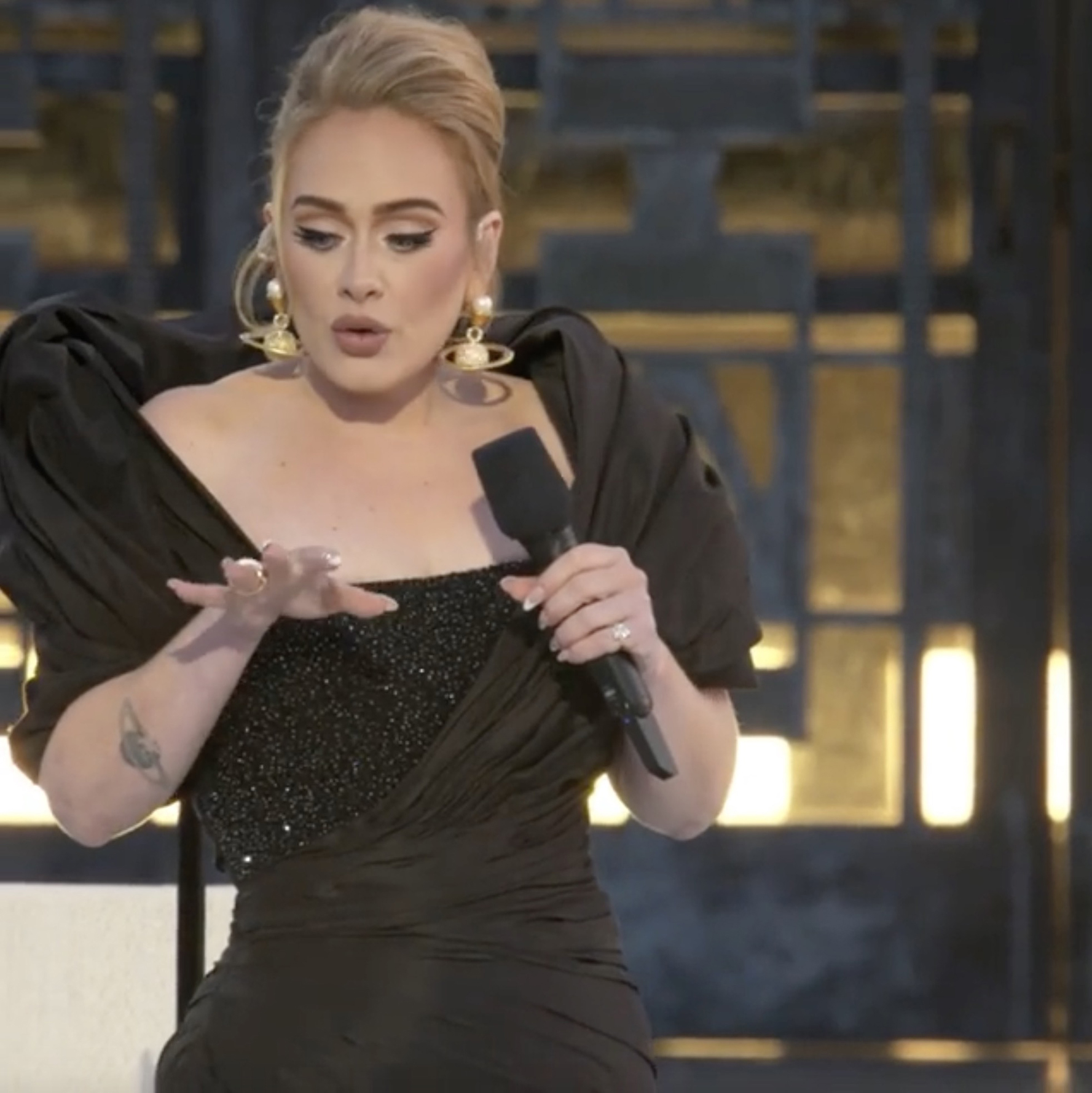 She said: “It’s too unpredictable, with all the rules and stuff. I don’t want anyone coming to my show scared. And I don’t want to get Covid, either.”

Vegas venues are believed to have been clamouring to book her for a residency. Adele, whose album 30 will hit shelves a week today, was speaking to Rolling Stone mag in the States.

She revealed a gluten sensitivity which left her feeling depressed and could be behind her famously downbeat music. She joked: “So, I was like, ‘Oh, great. Thanks, guys. Could have had a really fun twenties’.”

That bread and cake has made her some real dough though.

He has released Winter Wonderland alongside vocal group The Puppini Sisters and has put an alternative spin on Wonderful Christmastime.

If you are looking to listen to something new, keep an ear out for Benson Boone's Ghost Town. It got more than 1million streams in a week in the UK after being played on Radio 1.

DAVE is in the running for five gongs at next month’s MOBO Awards including Best Male Act, Album of the Year and Song of the Year.

The rapper from South London is frontrunner thanks to his No1 album, We’re All Alone In This Together, and its lead song Clash – Dave’s collaboration with Stromzy.

Central Cee is just behind with four nods, while Headie One, Ghetts, Little Simz and Arlo Parks have three nominations apiece.

The ceremony, Britain’s biggest celebration of Black music and culture, will get under way at the Coventry Building Society Arena in the West Mids on December 5.

Fans can buy tickets online. The event is also being livestreamed on YouTube while BBC One will later broadcast a behind-the-scenes special.

ABBA COULD BE BACK

ABBA’s Anni-Frid Lyngstad has hinted there could be more new music from the band.

Bjorn Ulvaeus and Benny Anderson have insisted new album Voyage, their first for 40 years, would be their last offering. 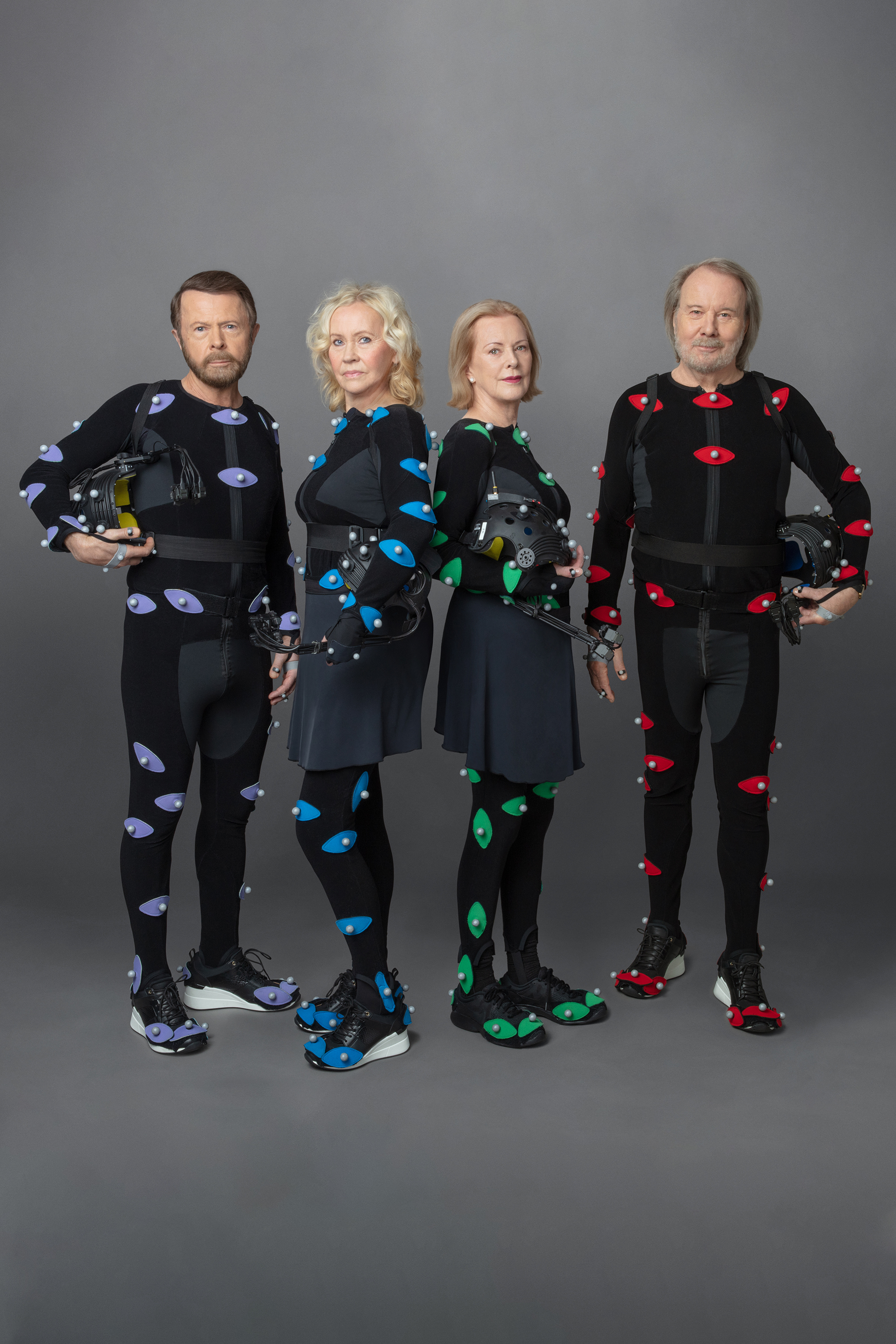 But Anni-Frid, second right, said yesterday: “Never say never. We have probably said this must be the last thing we do, think of our ages, we are not young. But you never know.”

Voyage will be crowned No1 today with expected sales of 200,000. The band won Eurovision in 1974 with Waterloo,yet Frida told Zoe BALL on Radio 2: “I can’t say I’m a fan of Eurovision, maybe I shouldn’t say it, but I did it anyway.”

ALESHA DIXON is among the celebrities who have made it on to Hello! magazine’s second annual Kind List, celebrating people who inspire others with acts of kindness and generosity of spirit.

But it is Beyonce who she says has inspired her to be as nice as possible.

In the magazine, out on Monday, Alesha explains: “I have met her a few times and she is consistently nice and just very sweet. She is a great example of somebody who has arguably achieved more than most human beings.

“She is at the top of her game, one of the most successful and powerful women in the world. But when you meet her, there is a humility and kindness and warmth that exudes from her, and that is a really strong lesson for lots of people.

"She is a wonderful example of somebody who is hugely successful and beautiful, and that is rare.”