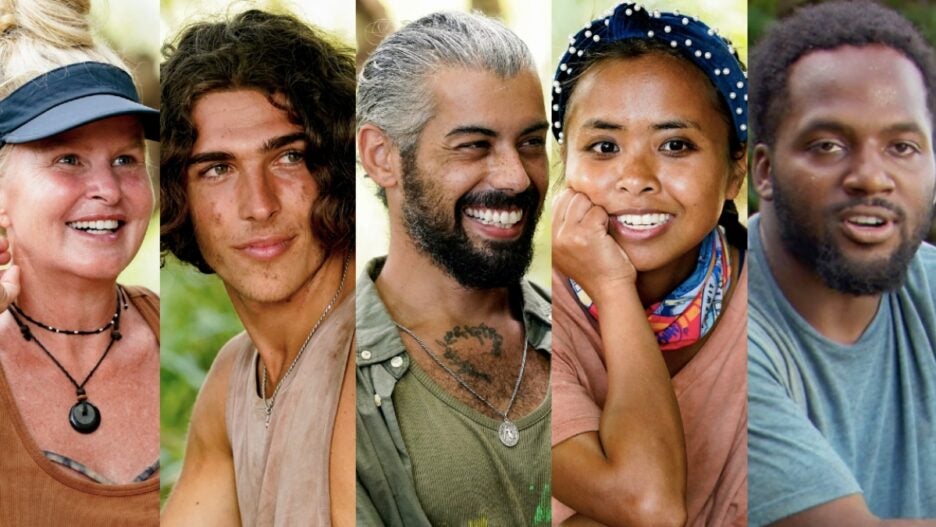 Spoiler alert! Proceed with extreme caution if you have not yet watched Episode 13 of “Survivor” Season 41

There’s a lot to unpack in the three-hour finale, which began with the newly anointed Final 5 and was whittled down to three finalists by the end. So let’s get into it – the final strategies, million-dollar mistakes, long-overdue tribal council drama, and one head-scratcher of a final vote tally. 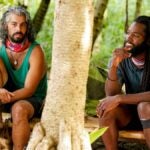 A Tale of Two Puzzles 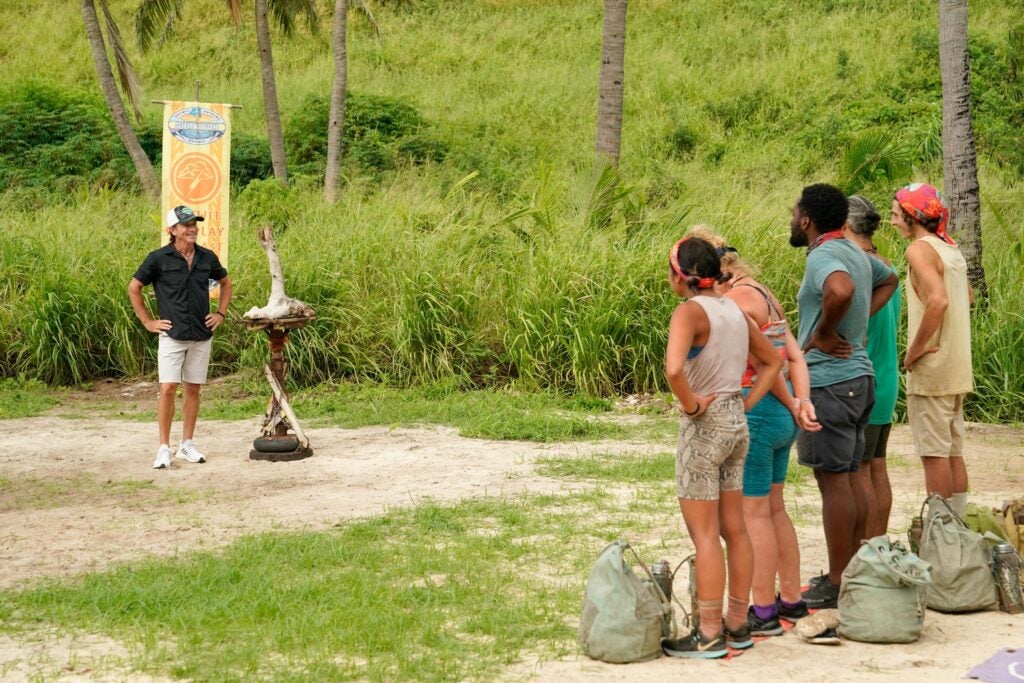 Still smarting from Deshawn’s “truth bomb” at tribal council, Erika frets about mending fences with Heather while keeping her distance from Deshawn. Despite trying to protect Deshawn, Erika says, he “pooped all over” her efforts.

This is good news for Ricard, who fans the flames of her anger in an effort to take the heat off himself. Meanwhile, Deshawn keeps banging the drum about how Ricard is the biggest threat and has to go.

Their squabbling is also welcomed by Xander, who tells the camera, “I don’t need food, I don’t need sleep, I’ll eat my own adrenaline… They’re gonna be crumbling as I rise to the top.”

Before any of this can be worked out, the producers toss another grenade into the game: a word-scramble clue leading to a hidden advantage. Xander and Ricard, predictably the first to finish solving it, search together for two reasons: Ricard wants to keep the advantage out of Deshawn’s hands, and Xander has become a close ally. That the two strongest players are allies this late in the game is interesting, but like Ricard and Shan, their friendship seems built on a foundation of mutual understanding. It’s pretty clear that neither intends to take each other to the end, and both are okay with that. 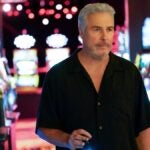 Erika finds the envelope tucked into a tree, and the note inside informs her that she has won a small advantage at the upcoming immunity challenge. The combined immunity and reward challenge – which involves lots of ladder-climbing and a 75-piece puzzle – does indeed go in Erika’s favor. She brings Heather along for her victory meal in an effort to patch things up, and in no time they’re back to being a tight duo.

That evening’s tribal council is Xander’s last chance to use his immunity idol and Erika wears the immunity necklace, so Deshawn and Ricard’s names are on the chopping block. Heather’s never comes up because everyone plans to take her to the end, where she is guaranteed to win no votes.

With Ricard’s near-spotless track record looming over the game, his exit feels inevitable – almost. The editors try to introduce some last-minute suspense by floating the notion that Xander may play his idol for Ricard to show that he’s “the one who’s taking the reigns in this game.” 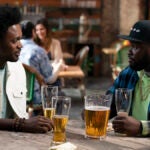 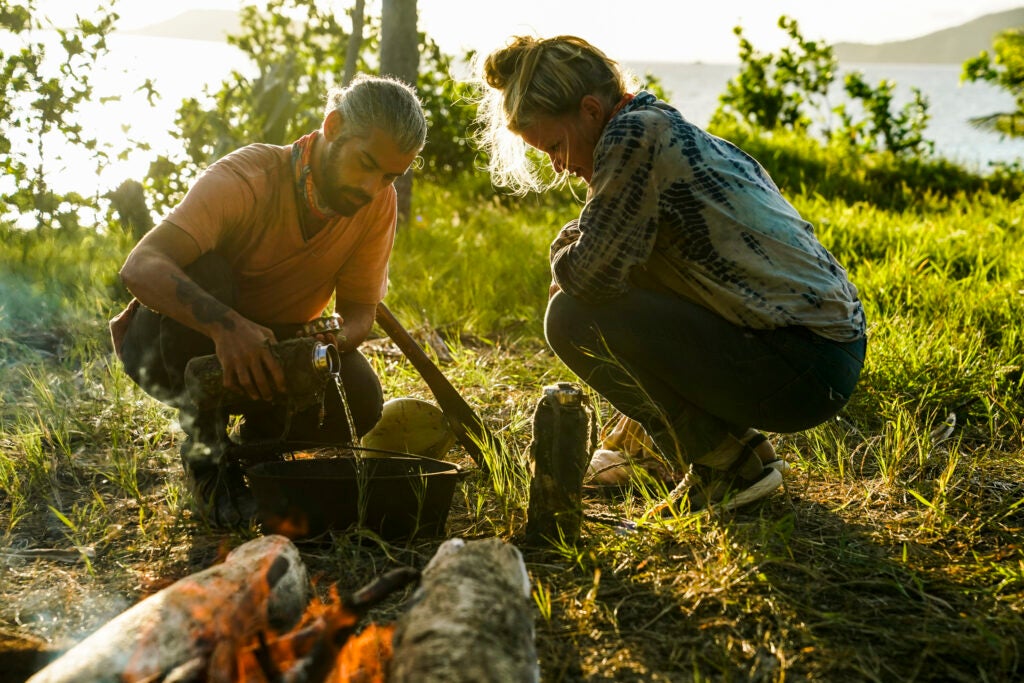 At tribal council, it’s a showdown between Ricard and Deshawn. Ricard gives it his all with an artfuly calculated speech that runs the gamut from emotional vulnerability to self-conviction, without coming off overly contrived or self-congratulatory. Deshawn misses the perfect opportunity to say that this is exactly why they need to get rid of him, and wishes him the best. “I can be a Survivor great without winning,” says Ricard, “And I am.”

And with that, Xander plays the idol for himself and Ricard snuffs his torch. It’s bittersweet to see the others finally come to their senses and vote out one of the only two players who deserves to win and is interesting enough to merit watching. If “Survivor” ever does another all-star season, Ricard undoubtedly deserves a spot in the cast. 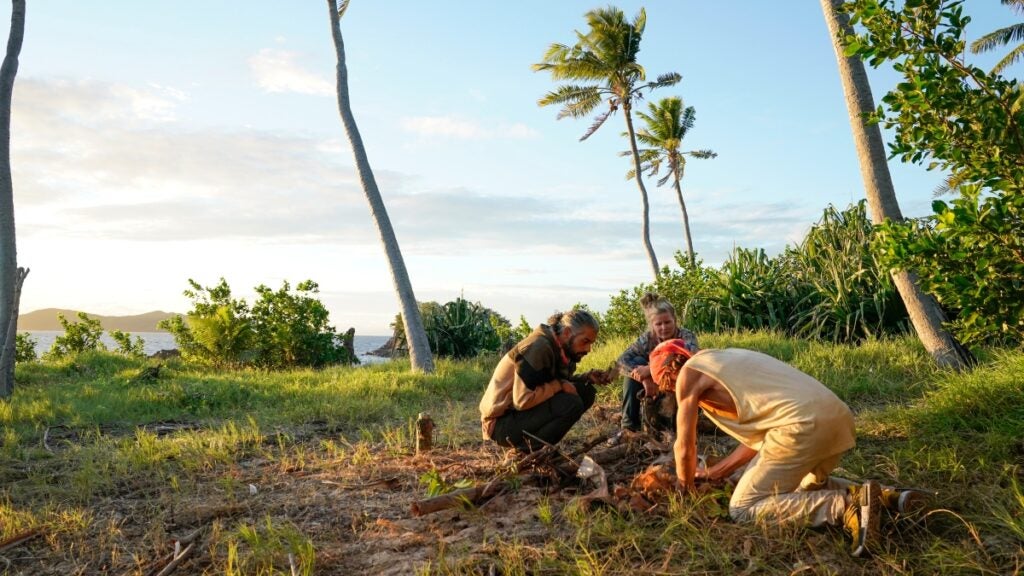 Nobody sleeps well the night before the final immunity challenge thanks to an overnight downpour. The stakes are high: not only will the winner secure a spot in the final 3, but they will also select someone to take with them. The remaining two castaways must battle it out for the third spot with a fire making challenge.

I have to hand it to the producers: the challenge couldn’t be more of a nailbiter. The castaways are tasked with stacking six blocks spelling “Final 3” with while balancing on a wobbly banana-shaped frame controlled by a rope. The painstaking competition ends in a victory for Xander.

Back at camp, Heather, Erika and Deshawn individually make their cases to Xander for their standing in the final 3. Erika has barely opened her mouth before he chooses her and announces his decision to the others. Privately, Xander tells the camera that he doesn’t want to give Erika a “flashy moment” of defeating Deshawn or Heather at the fire making challenge.

But Xander’s assumption that Erika is a skilled firestarter due to her time spent in exile earlier this season unravels when she struggles to spark a flame in front of him. “I cannot believe she just showed me she can’t make fire,” he groans. 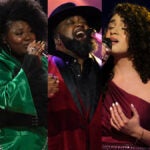 At tribal, Xander sticks with his original instinct and grants Erika immunity. When asked to explain his reasoning, Xander make a critical blunder. Instead of spouting the usual platitudes about wanting to bring along someone he respects, he says it seems as though the jury “doesn’t respect Erika’s game.” Then he overcorrects and says people misperceive Heather as a “goat” or “frail old lady,” but she’s actually a “badass.”

As in life, telling a group of people you know what they’re thinking and putting your competitors down unneccessarily is never a good idea in “Survivor.” Whether or not this was a million-dollar mistake is sure to spark debate. For what it’s worth, I don’t believe that one callous speech – in front of an incomplete jury, no less – is not enough to undo an entire season’s worth of game play.

In perhaps the only truly suspenseful moment of the finale, Deshawn and Heather are neck and neck in the fire making challenge. Deshawn burns through his rope three seconds before Heather does. So it goes that her best moment of the season is also her last. 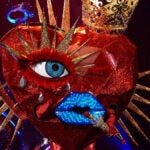 The Final 3 Plead Their Cases and a Victor Emerges

Without the traditional visit from loved ones (most likely cut due to COVID restrictions), the morning of the final vote is mostly filler. Jeff reveals that the winner will be announced right after votes are tallied, rather than a few months later in front of a live studio audience (probably also due to COVID).

A montage previews how each of the players will present their game strategy to the jury: Xander as an underdog who fought tooth and nail to the end, Erika as a “lion that dressed like a lamb,” and Deshawn as a player who thrived on his social skills.

It’s disappointing but not exactly surprising that most of the jury’s questions are softballs or statements thinly disguised as questions. Ricard provides all the entertainment with a series of cutting remarks about Deshawn’s so-called social game: “That sounds nice. You can explain why the first day of the merge your intention was to pull all of us aside” and say who needs to go home, he says. “Basically, you threw everyone under the bus.”

Danny poses the best question of the night by asking the final 3 to break down their strategies by pre-merge, post-merge and final 8. 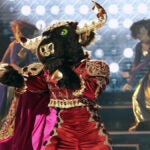 Xander redeems himself by presenting his strategy as risk-taking, appropriately paranoid and uniquely “Xander-style.” Erika pitches herself and Heather as a dynamic duo – to quote Heather from earlier in the episode: “No comment” – and lands her best soundbite by outlining her definition of a social game. “Having a strong command of the social game is knowing where you stand and what you’re capable of doing,” Erika says.

Shan schools Deshawn for his “temper tantrums” and asks if he “emotionally hijacked” her with his stated commitment to their all-Black alliance, which he ardently denies. Liana makes light of her earlier rivalry with Xander by saying, “I have one question for you: Do you have an idol?”

When the final votes are tallied, Deshawn earns one, Xander earns zero, and Erika wins the rest, making her the winner. 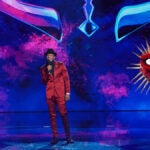 Season 41 ended as it started: with Jeff Probst walk and talking to the camera, trying to stir up excitement with hidden advantages and sneak-attack rule changes. Ultimately, none of it was enough to make up for the season’s most glaring issue: its near-total lack of conflict and striking personalities.

With any other cast, a truncated season should have taken its toll: every episode should have been bursting with action, perpetually leaving the audience wanting more. Instead, this season had the opposite effect. The abundance of filler material in an already-shortened season exposed a dearth of compelling storylines and relationships. It’s worth noting that bad luck, rather than bad casting may be to blame, as some of the best characters were voted out early on (save for Shan and Ricard).

As for the final vote count, Erika’s win – and more so, Xander’s failure to clinch a single vote – defies all rhyme and reason. Like many of his predecessors, his game combined athleticism and clear-eyed strategy so as to instantly mark him as a threat. Unlike many of those predecessors, he actually made it to the end. If he was not as strong of a player as “Survivor” depicted him to be (or vice versa, regarding Erika), that is only to the show’s detriment. Having the rug yanked out from under you isn’t a satisfying return for your investment in the season.

Then again, who am I to try to bring order to a chaotic universe? “Survivor” 41 may not have been chaotic in an entertaining sense, but bizarre decisions – from nixing provider-type players straight away to letting certain players call the shots for way too long – abounded this season.

Here’s hoping that Season 42 strives toward a more perfect union of chaos and chutzpah.