Since Survivor: Winners at War began airing on Feb. 12, 2020, many things have changed. On March 19, 2020, all gatherings were banned in the state of California due to the coronavirus (COVID-19) pandemic.

Many fans were wondering what this means for the live reunion show and vote reveal for Survivor Season 40. CBS finally announced on April 14, 2020, that the reunion show would be held virtually, and fans are predicting ridiculous antics from at least Tyson Apostol and Tony Vlachos. 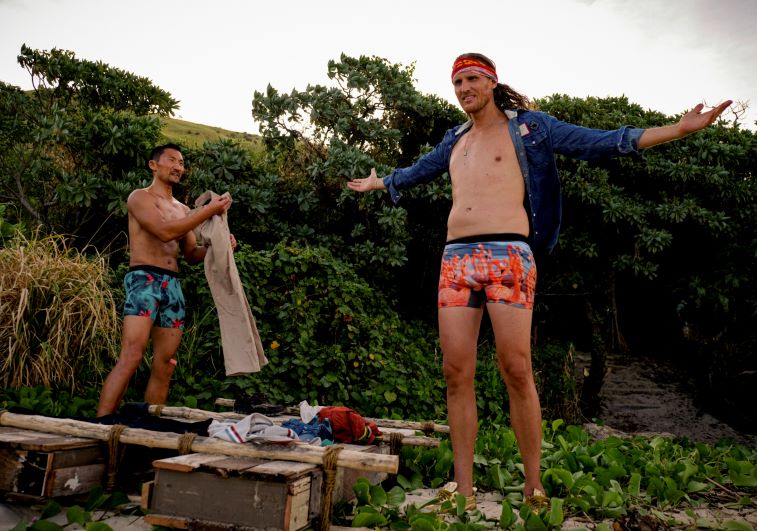 A CBS press release revealed the news of the ‘Survivor: Winners at War’ virtual reunion show

Fans finally got their answer about what is going to happen for the reunion portion of the Survivor finale. When host Jeff Probst awards the largest prize ever on a reality television show — $2 million — he will do it virtually.

“During the finale, Jeff will also virtually connect by video with all 20 players to discuss the highlights of the season,” read the CBS press release on April 13, 2020.

The sole survivor will take home the $2 million prize during the THREE-HOUR season finale!

The three-hour season finale of Survivor: Winners at War will air Wednesday, May 13, 2020, on CBS. The week before the finale, Survivor will air a two-hour penultimate episode on May 6, 2020. This season 20 previous winners battled it out for the largest prize.

“Tyson will not wear pants,” one fan wrote on Reddit. “This much we know.”

After the news of the virtual reunion show broke, fans quickly took to Reddit to discuss the possibility of hilarious antics from the castaways. Fans are picturing a video conference call where they can see all of the players’ faces. However, they predict that at some point, Tyson will stand up and “accidentally” reveal that he is not wearing pants.

“Tyson is going to break out the old loincloth for such a special occasion,” added another fan.

Other fans added that instead of underwear, it would be epic to see him wearing the loincloth from his season of Survivor: Tocantins.

Fans are hoping he provides comic relief in his underwear or at least with a jar of peanut butter. Tyson is a fan-favorite from past seasons who battled his way back into the game after being sent to the Edge of Extinction island.

Viewers are hoping for some classic Tony Vlachos antics as well

“Can’t wait for Tony’s Zoom background to be him on the ladder,” wrote another Redditor.

Fans also added that they hope someone “accidentally broadcasts themselves using the toilet.” The virtual reunion show opened up a whole new world of opinions from fans.

“If he doesn’t have a single llama poster on his wall, I will be disappointed,” one fan added about Tony.

To find out if anything silly happens on the virtual reunion show tune into CBS on Wednesday, May 13, 2020, for the Survivor: Winners at War season finale.

Read more: ‘Survivor’ Fans Are Arguing that Tyson Apostol Is Not an ‘Old School’ Player