Home » TV & Movies » 'Survivor 40: Winners at War' Episode 6: Did Denise Stapley Plan to Blindside [Spoiler] or Was She Offended by the Tribal Council Talk?

Last night’s episode of Survivor 40: Winners at War included the most epic blindside in the history of the game. Viewers were screaming at the television because they loved it so much. Let’s take a look at whether or not fans believe that Denise Stapley pre-planned the blindside, or if the conversation during tribal council pushed her to do it. 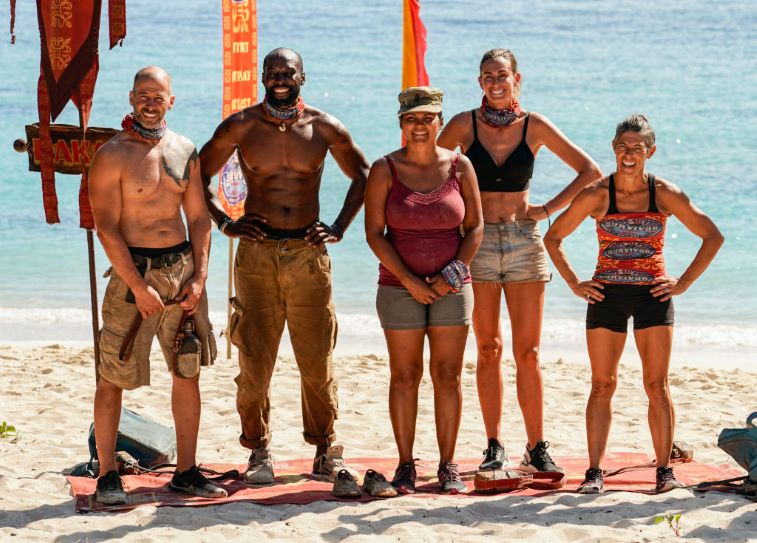 Who did Denise Stapley blindside on ‘Survivor 40’ Episode 6?

During episode 6, the three tribes went to a joint immunity and reward challenge. They found out that two of the tribes would be going to a tribal council that evening. Dakal and Sele both lost and went back to camp to figure out who to vote out next.

While at camp, Sandra Diaz-Twine offered Denise her hidden immunity idol for two fire tokens. Denise took the deal, but told Sandra she would give her one token now and the other after tribal council. Denise already had an idol, so now she had two!

Kim Spradlin-Wolfe, Tony Vlachos, and Sandra decided to vote out Denise; however, Sandra wanted to flip on her alliance without them knowing. She gave Denise the idol and asked her not to tell anyone that she did it. The queen still planned to write down Denise’s name.

Little did Sandra know that Denise was about to play two idols — one for herself and one to keep Jeremy Collins in the game. In an epic turn of events, Denise blindsided the two-time reigning champion, Sandra.

“I doubt Denise would have done that, had Sandra not made the statements she had earlier in tribal council,” wrote one Reddit user.

Several other fans agreed that the reason Denise targeted Sandra was because of how arrogant the self-proclaimed queen was being.

“I was thinking that too,” another Redditor added. “Sandra was going on about how Denise wasn’t a threat, but all these other people are. Sandra said Denise can’t play the game! So, I’m not sure that Denise planned that until Sandra said that at tribal.”

Other fans commented that whether or not it was premeditated, the move was amazing.

“I thought it was a great move by Denise after Sandra showed her no respect,” one fan wrote.

Did Denise plan to vote out Sandra — or did the tribal talk drive her to do it?

When Dakal went to the tribal council that night, everyone agreed that Denise was not a very big threat. Probst asked what the theme of the tribe was right now.

“I think it’s about the threats versus the non-threats,” Kim told Probst.

Then Sandra chimed in and explicitly stated who she believed the threats versus the non-threats were.

“I believe the ones that know they’re threats — like Boston Rob, Tyson, Parvati, myself, Kim Jeremy, and Tony — you know these people are huge threats,” Sandra explained. Versus the ones that we feel are not a threat like a Nick or a Michele, or a Denise. We all know it.”

Sandra out-right said that she was not worried about Denise at all. The queen told everyone that Denise doesn’t play a good game, and then Denise blindsided her.

We look forward to the interviews after the Survivor finale so we can find out what was going through her mind — and if fans are correct that it was not pre-planned.