CBS was the most-watched broadcast network Sunday, thanks to an original of Big Brother 24 and a repeat of 60 Minutes Presents.

The network averaged 3.66 million viewers opposite mostly reruns on the other nets, other than originals of  Celebrity Family Feud, The $100,000 Pyramid and The Final Straw on ABC, according to official national ratings from Nielsen. The game show lineup, which included a repeat of America’s Funniest Home Videos, helped ABC to win the night in adults 18-49 (an astonishingly low .44 rating) and come in second in viewers (3.60 million).

CBS’ lineup included repeats of The Equalizer and NCIS: Los Angeles. CBS came in second in the adult demo (an equally astonishing .42 rating). 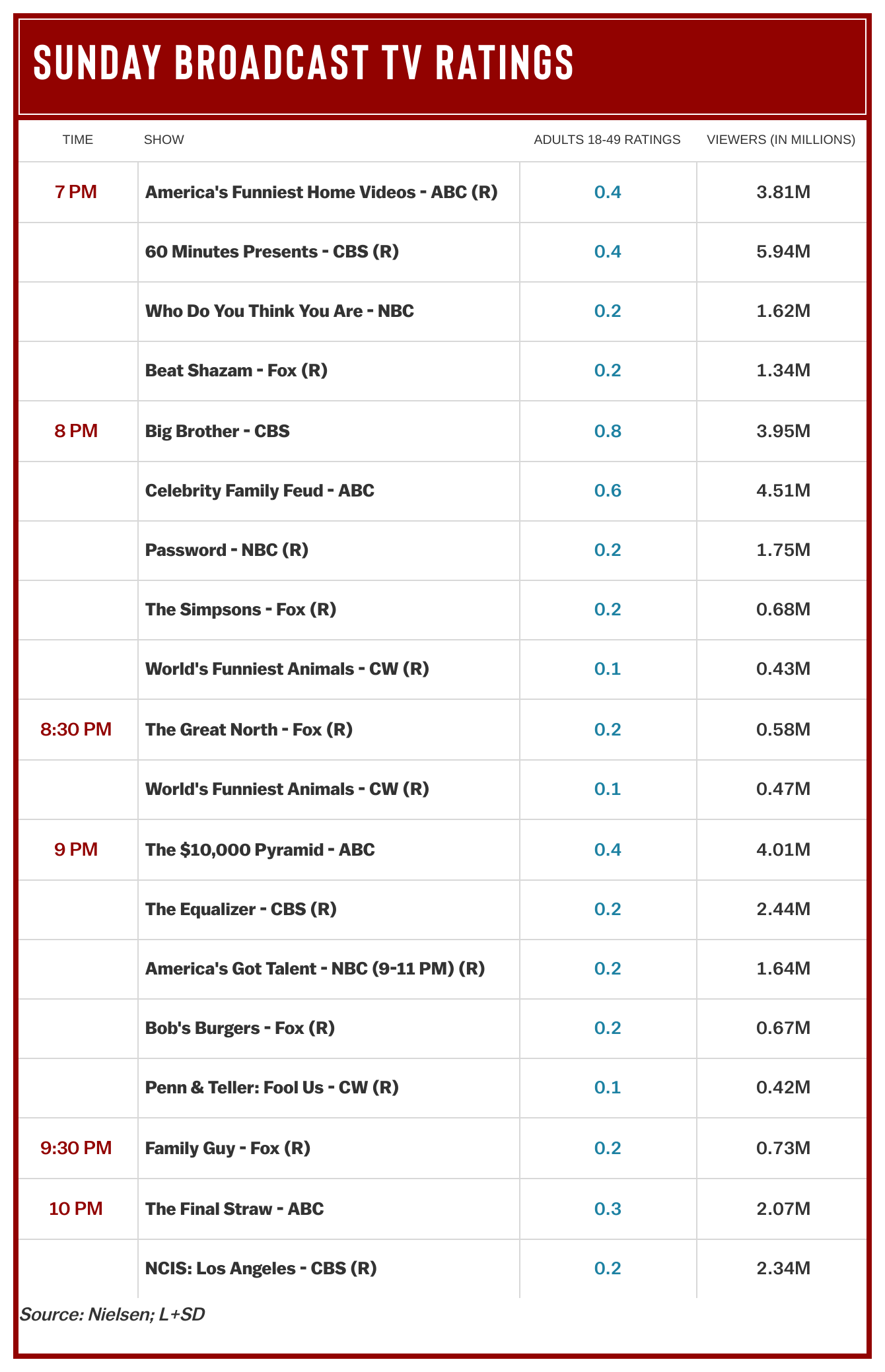 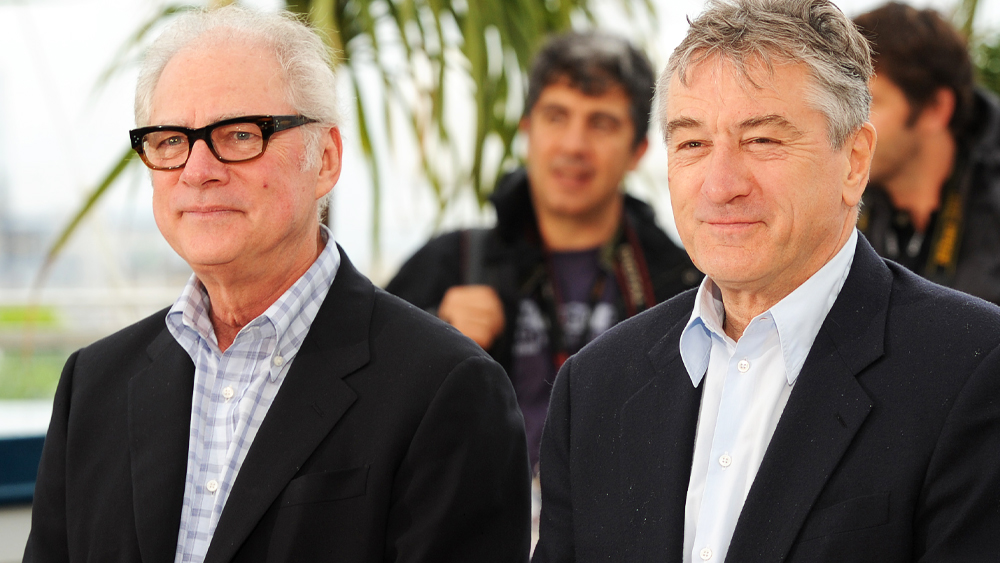