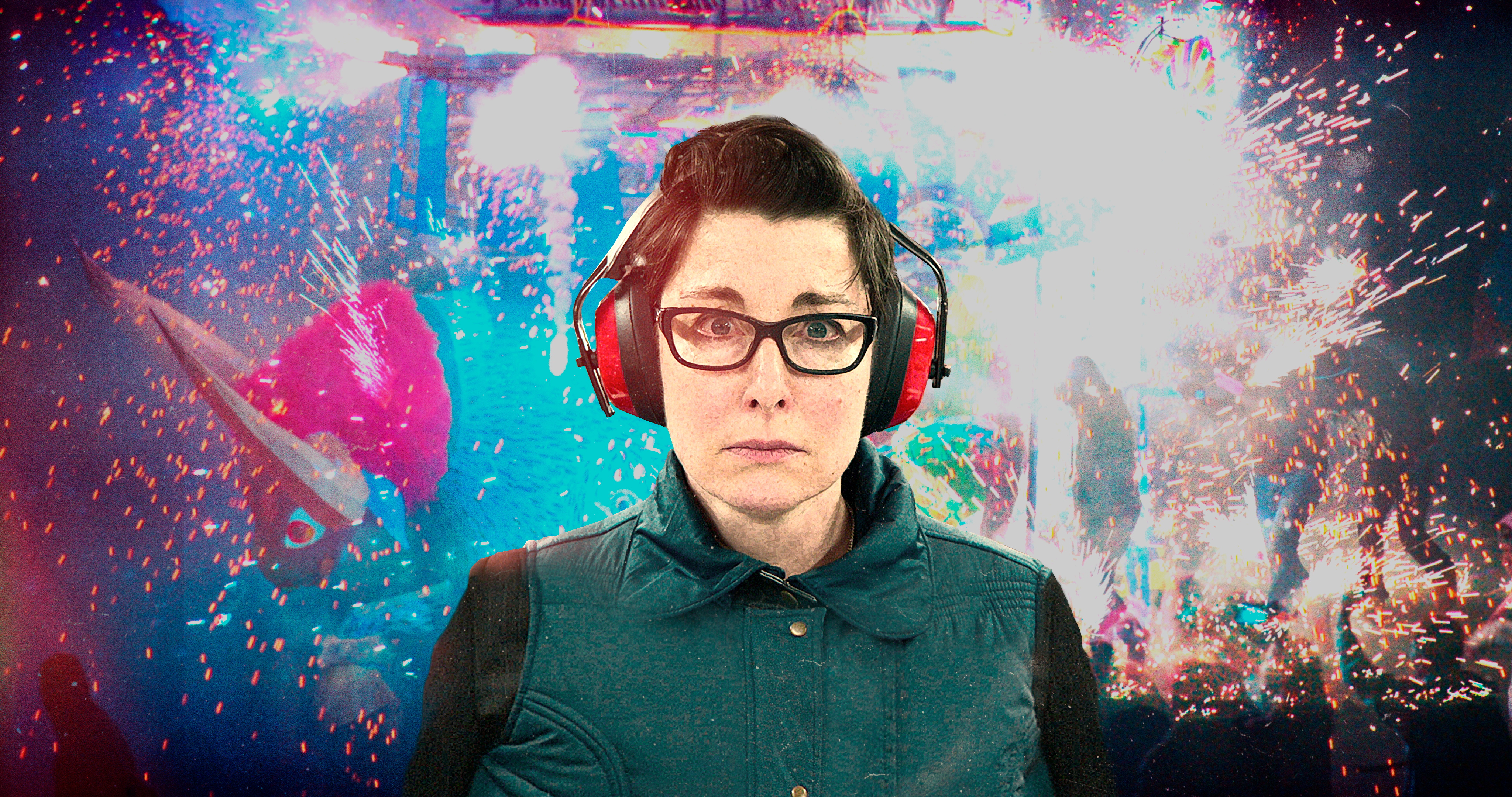 Sue Perkins basically had a brush with death when she took a .38 caliber bullet to her gut while filming Sue Perkins: Perfectly Legal.

But fear not the former The Great British Bake Off presenter was wearing protection while she became a real-life target board in a Colombian warehouse.

The Netflix docuseries follows The Big Spell host as she travels around Latin America and challenges herself with ‘dangerous but shockingly’ legal tasks.

Among the hair-raising situations the 53-year-old finds herself is staring down the barrel of a gun in the first episode of the three-part adventure programme.

While in Colombia, Sue meets with a local who runs a warehouse that produces bullet-proof body armour with the mission of ‘protecting people.’

Reassured, Sue says she ‘trusts him’ as she tests out his product, telling her companion he has ‘kind eyes’ before she shoots (no pun intended) back: ‘you don’t need kind eyes, you need kind hands.’

He then shoots Sue, who is wearing bullet-proof clothing and ear muffs, directly to the gut as a wave of shock washes over her.

After extracting the pummeled bullet from her jacket, Sue says: ‘I’m experiencing an adrenaline rush that I’ve never come close to before.’

She continues: ‘It didn’t go through my body but it hit my body and it’s like a wave. It was almost like every cell was absorbing some level of the impact and it was really shocking.

‘I’ve discovered there’s a difference between shaking things up a bit and getting a .38 caliber bullet in your guts.’

On a happier note – and on a much less intense programme – Sue recently discovered another link to pal and ex-GBBO co-star Mel Giedroyc’s family in Who Do You Think You Are?.

When travelling to Germany to find out more about her great-grandmother, Sue was told that she had been born in a part of Russia, that is now Lithuania.

Sue emotionally shared: ‘I can’t even tell you how delighted I am that it’s Lithuania because Mel who I work with and who’s family to me, she’s Lithuanian.

‘That makes me so happy.’

Sue Perkins: Perfectly Legal is available to stream on Netflix.