Radio presenter Richie Anderson and his professional partner Giovanni Pernice were sent packing during the Strictly Come Dancing results show on Sunday night. The pair were in the bottom two with singer Fleur East and Vito Coppola but the judges sent Richie, 34, home. The decision sparked uproar among viewers who have branded the show a “fix” as Tony Adams, who scored just 18 out of 40 points, avoided the dance-off. 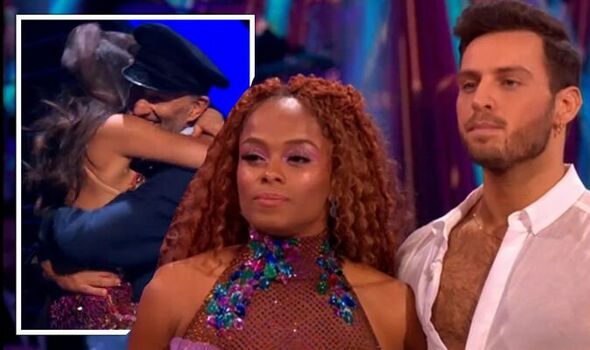 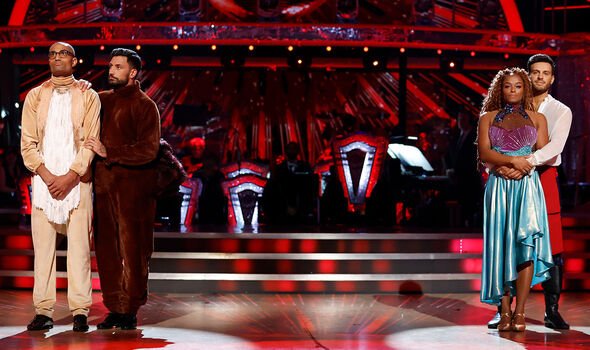 The first 10 of the series was dished out to Tyler West with his Charleston and he got an impressive score of 38 out of 40 points.

The celebrity who scored the lowest on the night was former footballer Tony Adams after a “striptease” Samba with just 18 points in total.

Meanwhile, Richie got 27 points for his Lion King-inspired Samba which saw him and Giovanni dress up as Timon and Pumbaa.

Fleur, who was dressed as The Little Mermaid to perform an American Smooth to Part of Your World, received 28 points.

BBC viewers were left fuming when Tony avoided the dance-off and took to Twitter to vent their fury. 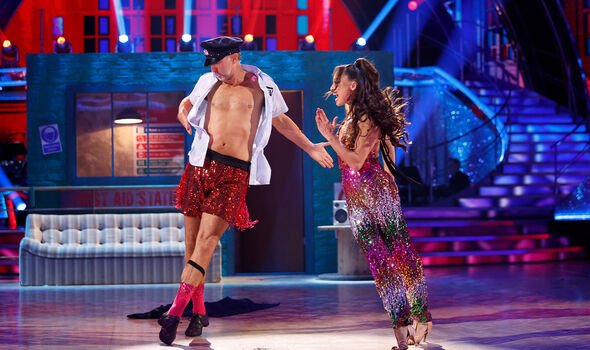 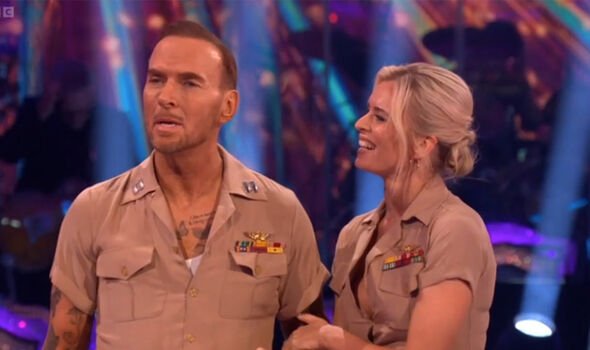 Gavin fumed: “What the?? Fleur and Vito! I rest my point about it being a fix! #Strictly.”

Pamela Dobbie remarked: “Who the hell is voting for Tony Adams? #Strictly.”

After being saved by the public, Tony said: “The second week here, I thought, ‘How do I get out of it?’

“I feel like there is no safety net and I am on the edge at any moment.”

Following the dance-off, Craig said: “I have to say I am truly shocked about this, I thought you danced brilliantly. “All I can suggest is you try and give a little bit more expression with your arms.”

“I would like to save the most accomplished technician and that is Fleur and Vito.”

Motsi, who also chose to save Fleur, added: “I think it’s heart-breaking actually because I think both of you do not deserve to be here

but this is how the public voted and based on this dance off I’m going to save Fleur and Vito.”

Strictly Come Dancing continues next Saturday at 6.30pm on BBC One.