Strictly Come Dancing is just a couple of weeks away from returning to television screens with a brand new celebrity line-up, donning the shiniest sequins and glowing fake tans.

Ahead of the competition officially kicking off, professional dancer Dianne Buswell spoke exclusively toExpress.co.uk, sharing her excitement for the new series spilling all on how she helps her celebrity partner throughout the competition.

During the conversation, Dianne reminisced about her favourite times on the show and also spoke about a few awkward moments on the dance floor.

Since the show’s inauguration, many mishaps have played out on television screens across the nation.

From judge Bruno Tonioli falling off his chair at least every other week to cricketer Mark Ramprakash and his partner Karen Hardy having to stop halfway through their Salsa because their microphones got tangled up back in 2006.

Another iconic hiccup was back in 2015 on during the launch show when Ola Jordan was announced as Iwan Thomas’ partner.

Overwhelmed with excitement, Iwan threw Ola around, but her outfit wasn’t secure and her breasts were accidentally exposed to the nation.

Discussing how she and other professionals avoid wardrobe mishaps, Dianne said: “[They] definitely happen!

“There’s been a few wardrobe malfunctions that I’ve had and you just always wish it’s on yourself and not on your celebrity.

“We’re the professional, we’ve done it before, live shows many many years. 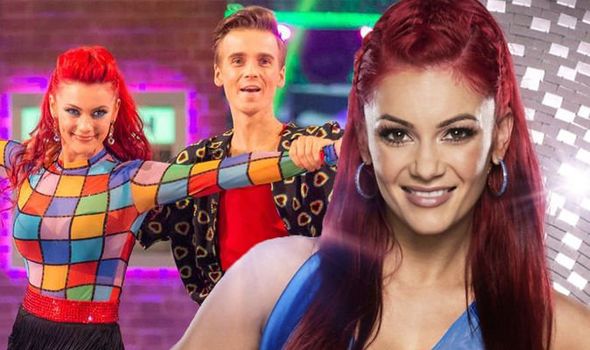 “Yes of course it happens all the times, we know how to keep going but your celebrity, that’s something that would really throw them.

“With my celebrity, I always triple check the costumes before they go on, so they’re fine. Whatever happens to me, I’ll deal with it, no problem.,” she continued.
Talking about the beautiful dresses she gets to wear on the show, Dianne said: “Our team are so incredible. They would never make you go on there [the dance floor] if you don’t feel comfortable in an outfit.

“If there’s something you think would be better for your dance, absolutely wiling to listen. Nine times out of ten I’ve not had to say a single thing, I love absolutely everything they give me.

“It’s only if I think for my dance and my choreography, I feel [the dress needs] something more or less, [and that’s] when I say something,” she continued. 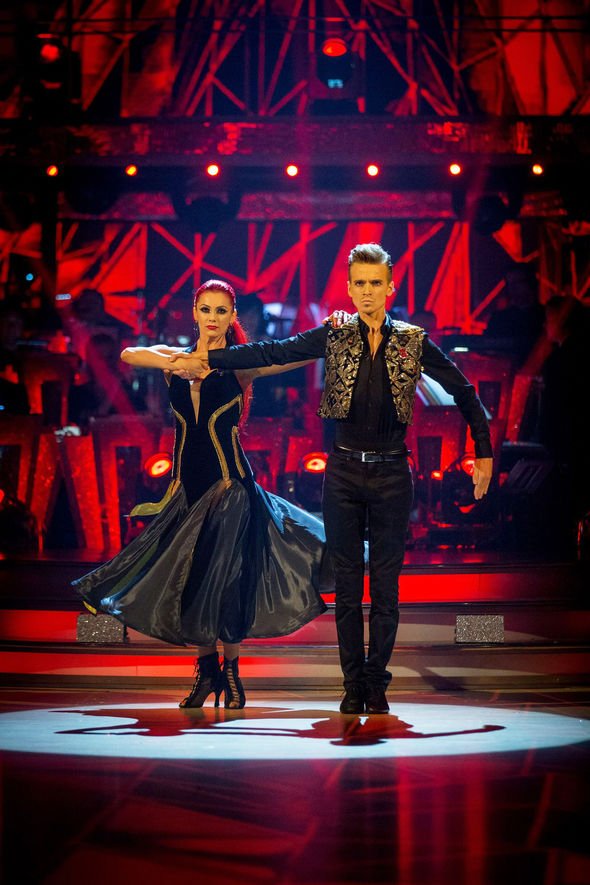 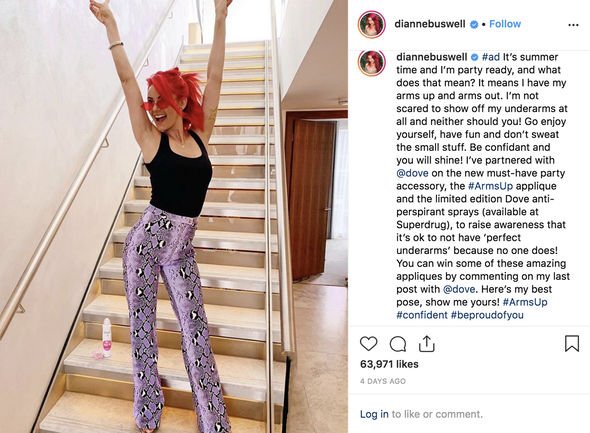 Earlier this week, the fifteen celebrities took to the dance floor for the first time.

They gathered in Elstree Studios for their very first rehearsal, and also got to meet the celebrities.

In the next couple of weeks they will be practicing the basic steps before being partnered up.

Speaking about her involvement in Dove’s #ArmsUp campaign, Dianne said it was “important” for her to raise awareness regarding the statistics the beauty company revealed regarding body insecurities.

According to Dove, 86 percent of women have felt bad about their underarms at some point and for Darcey she was questioning “‘what even is the perfect underarm?’ and we shouldn’t worry about the small things”

Strictly Come Dancing returns to BBC One this September.