Stranger Things viewers have been tearing their hair out since July last year when season three of the show was released. In the final, emotional scenes, Jim Hopper (played by David Harbour) was killed off by an exploding machine which was ripping a portal to the Upside Down open. Things soon got a little suspicious, though.

Shortly after the season three credits, another scene was shown, set in Russia, with two guards mentioning an enigmatic “American” before revealing a Demodog.

Since then, fans have been convinced Hopper was not actually dead, but was instead transported elsewhere.

This event would cause a number of problems for the rest of the show’s characters – mostly Eleven (Millie Bobby Brown).

Today Netflix released the first clip of the fourth season, which – presumably – the same Russian settlement. 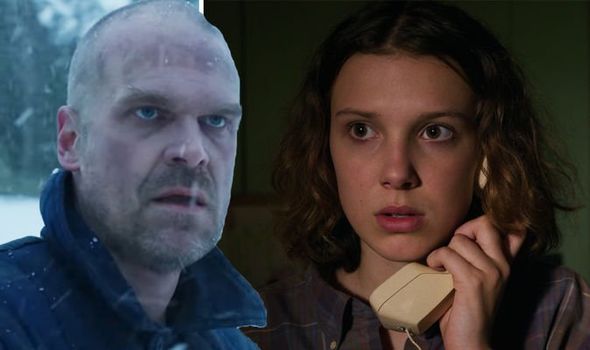 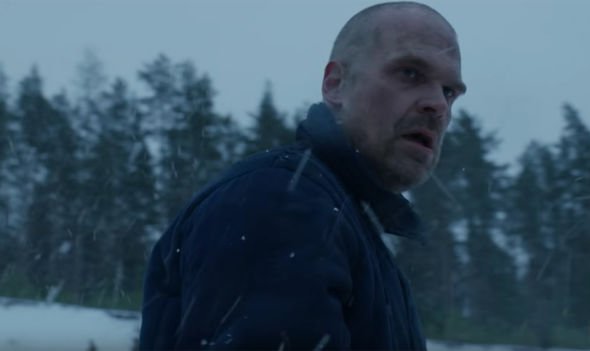 The shot showed off a large group of men chained together, digging out a railroad.

As the camera panned around the men, it was revealed Hopper was involved in digging the road, as he pulled his hood off, revealing a bald Hopper for the first time in the show.

As fans rejoiced at the return of their favourite character, it seemed as if all the problems had been solved – but viewers also pointed out something particularly worrying about the trailer.

The final seconds of the brand new clip featured an ominous whining concluding the video. 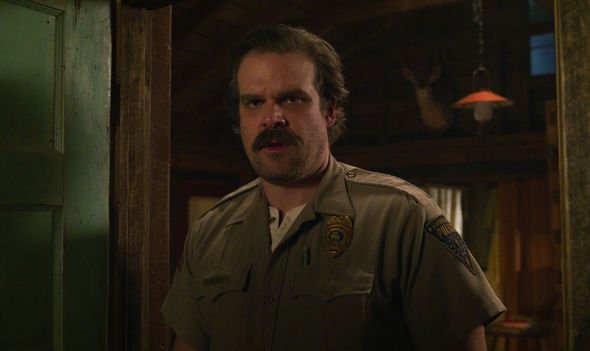 Deft-eared fans will know this is the same noise that a Demogorgon makes – perhaps hinting the threat against Hopper is not yet gone.

The Demodog featured in the final season three stinger was being kept in captivity, being fed prisoners of the compound.

Could this last second noise be a massive clue towards the danger constantly aimed at Hopper?

If the men being used to dig away in Russia are also being used as food for the Demodog, Hopper will almost certainly be on the chopping block each day.

But will he be able to stave off the Russians’ attacks for the duration of his stay in the cold wastelands?

Meanwhile, Will Byers actor Noah Schnapp recently spoke out about the end of the show.

The youngster recently arrived on Lorraine, where he told the host: “I don’t know if I can say, but I’m sure there’ll be another one after it.”

Showrunners, the Duffer Brothers, have not revealed how many seasons are left for the show – but fans generally believe there will be at least one more after season four.

He went on to add: “I can’t imagine this is the last, I feel like we would know.”

Chiming in once again, he concluded: “I don’t want it to end, it’ll be so sad!”

Unfortunately, fans will have to wait for some time until the next season is released.

Stranger Things is available to watch on Netflix UK now.