Stargirl Season 2 just keeps on getting better and better. Eclipso has taken over Blue Valley and tormented the Justice Society of America at every turn. The villain sidelined both Yolanda and Rick, and now, he’s gotten to Courtney, as well. Stargirl Season 2 Episode 10 ended on a jaw-dropping cliffhanger, and thanks to DC FanDome 2021, fans now have a sneak peek at episode 11. 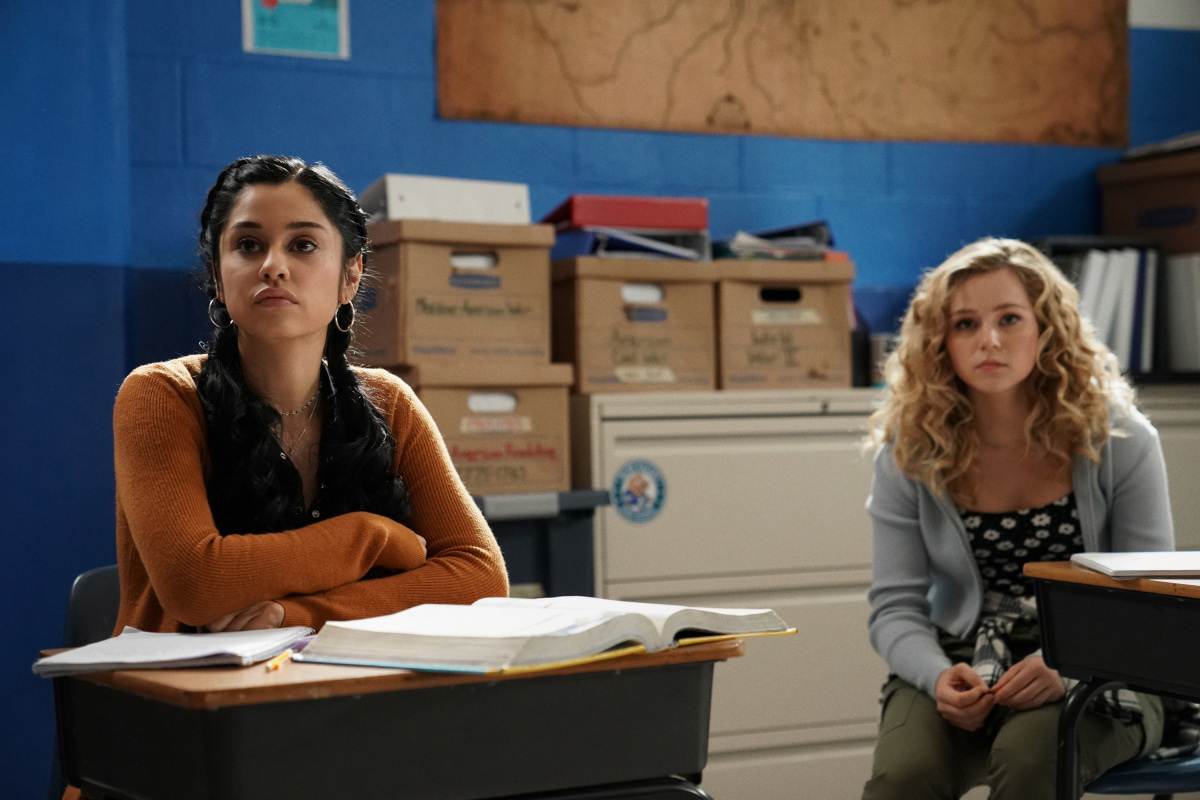 What happened to Courtney?

In Stargirl Season 2 Episode 10, Courtney was mad with Pat for keeping another secret from her. In the previous episode, Courtney learned that the old JSA killed an innocent man, Bruce Gordon, to stop Eclipso. Pat didn’t want Courtney to see the team of superheroes or himself in a different light.

The Shade crashed into their kitchen, still injured from his fight against Eclipso back in episode 6. He informed Courtney, Pat, Barbara, and Mike that the only way to stop Eclipso was to put the black diamond back together. By doing so, they could trap Eclipso in the diamond again. Courtney tried to use Cosmo to fix the diamond, but it didn’t work. Pat and Courtney decided that they would go to Jennie for help.

The two of them traveled to Civic City, where Jennie was looking for her brother. They found her at a youth rehabilitation center called the Helix Institution, where her brother was staying. Unfortunately, a nurse there, Louise Love, told Jennie that her brother had disappeared.

Courtney, Pat, and Jennie headed to the JSA headquarters, where Jennie used her ring to fix the black diamond. But The Shade lied to them. By reforming the diamond, they healed The Shade and summoned Eclipso. Once Eclipso arrived at the end of Stargirl Season 2 Episode 10, he absorbed Courtney into the shadows like he did with Cindy in episode 6.

In the sneak peek of Stargirl Season 2 Episode 11, which you can view above, Pat, Barbara, and Mike mourn the loss of Courtney. Then, we see Courtney navigate her way through the Shadowlands. There, she meets Cindy, Joey, Isaac, Dragon King, and other deceased Stargirl characters. The one that stands out, in particular, is the original Dr. Mid-Nite, Dr. Charles McNider.